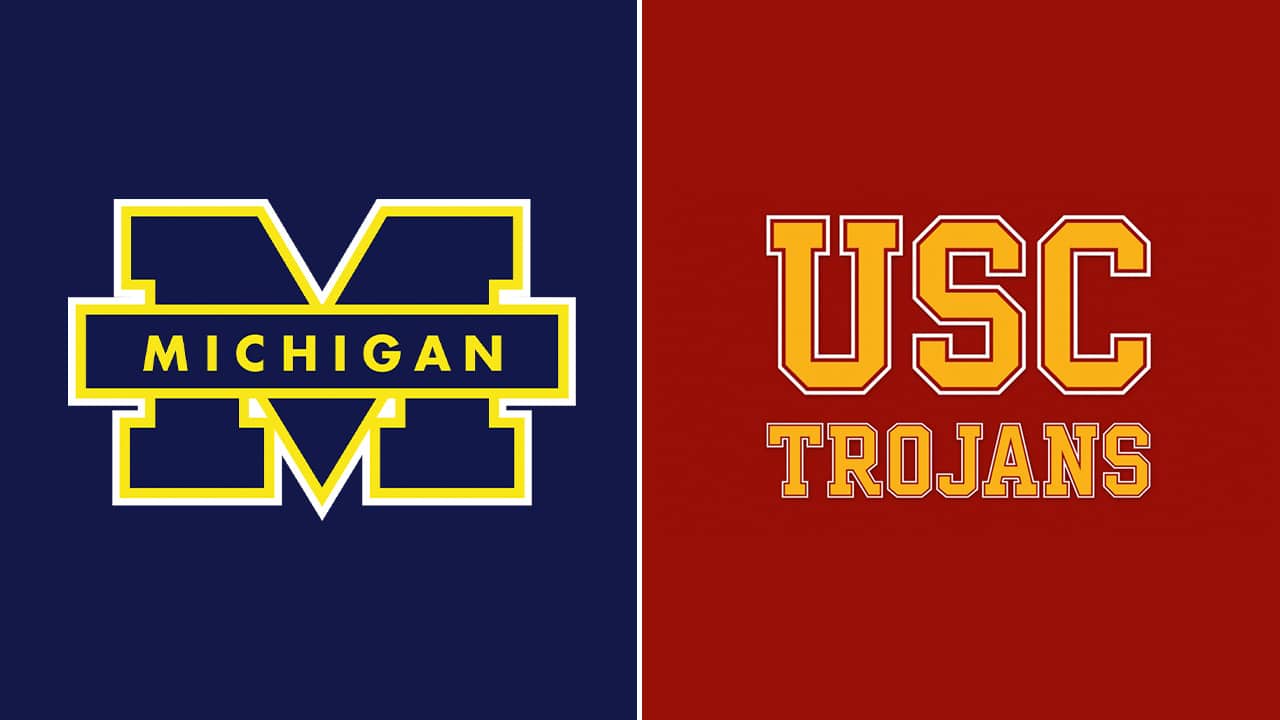 Athletic director Terry Tumey has added traditional powerhouses Michigan and USC to Fresno State’s future football schedules.
In addition, the Bulldogs will host Georgia Southern of the Sun Belt Conference in 2025 and play at Georgia Southern in 2028.
Fresno State will play at Michigan on Aug. 31, 2024, in the first meeting between the programs.
Michigan, which began playing football in 1879, is the all-time college wins leader with 962. Michigan Stadium’s capacity is 107,601.

With the signing of a contract to play at USC on Sept. 9, 2028, the Bulldogs have three games secured against the Trojans — in 2022, 2026, and 2028. The Trojans have won four of their five previous meetings.
Fresno State did not reveal how much money it will receive for playing at Michigan and USC. But The Fresno Bee, citing sources familiar with the contracts, said the Bulldogs would receive a $1.85 million guarantee for the Michigan game and $1.75 million for the 2028 game at USC.

The Bulldogs face a challenging nonconference schedule next season with road games at two Pac-12 schools, Oregon and UCLA. In 2022, they will host Oregon State and play at USC. A look ahead to 2023 shows games at Purdue and Arizona State, followed in 2024 by road assignments against Michigan and UCLA.
Fresno State previously announced the completion of its nonconference games through 2022, with the addition of a home-and-home series with UConn and a visit by Cal Poly San Luis Obispo to Fresno. 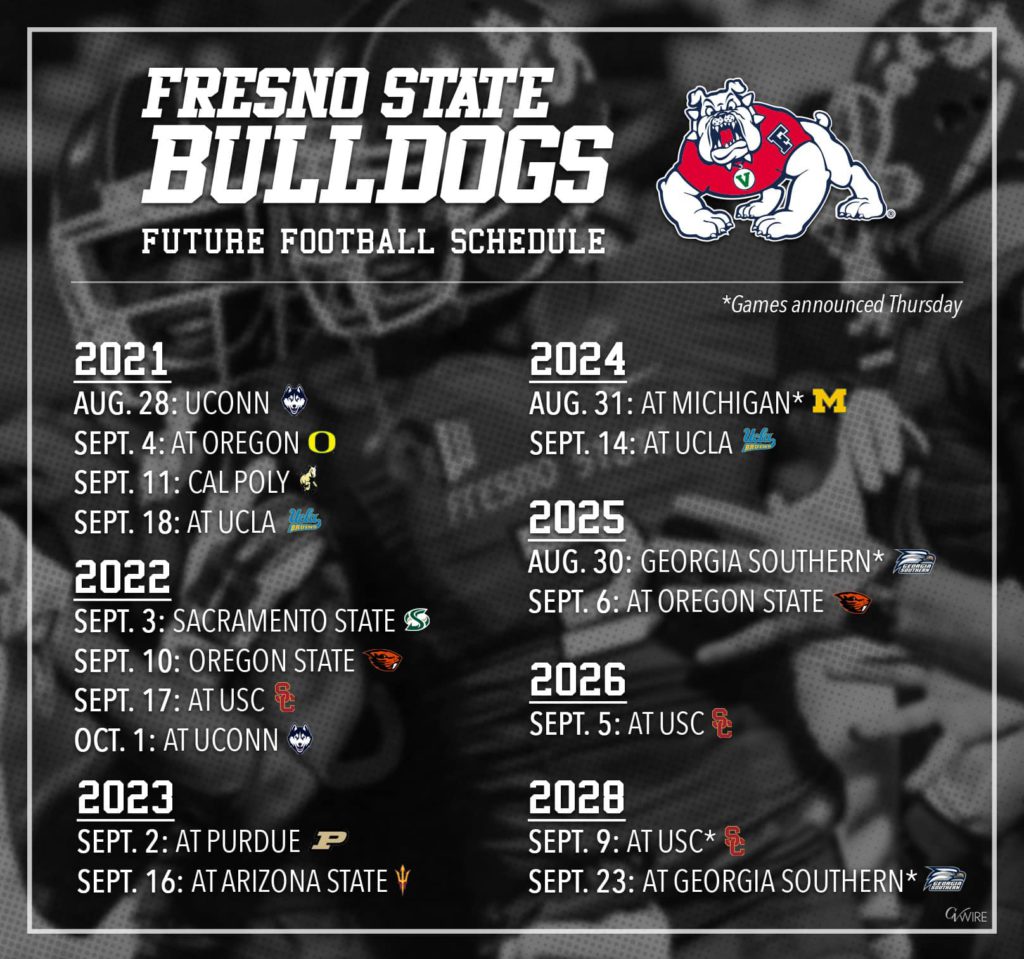