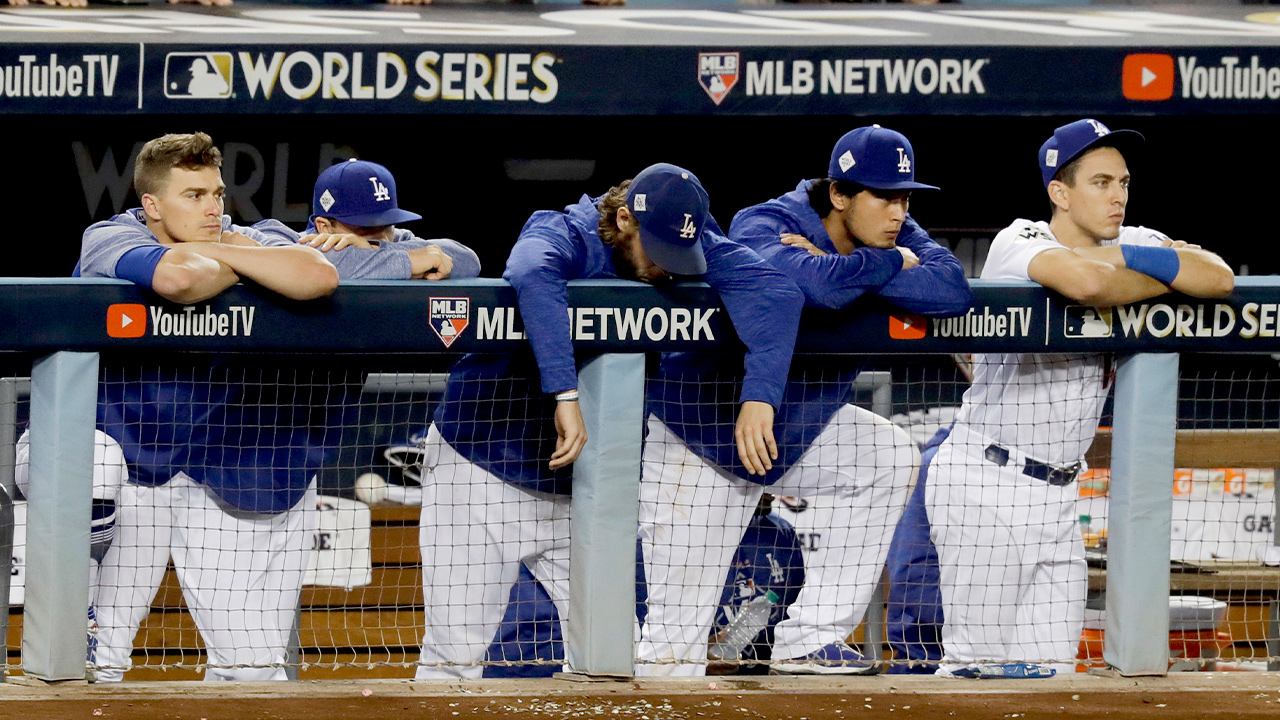 LOS ANGELES — With Los Angeles fans reeling from news that two of the Dodgers’ recent World Series opponents were linked to a cheating scandal that tipped off batters to what pitch was about to be thrown, the City Council voted Tuesday to ask Major League Baseball to strip the Houston Astros and Boston Red Sox of their World Series titles. FILE – In this Nov. 1, 2017 file photo, the Houston Astros celebrate with the trophy after their win against the Los Angeles Dodgers in Game 7 of baseball’s World Series in Los Angeles. The Los Angeles City Council wants Major League Baseball to strip the Houston Astros and Boston Red Sox of their World Series titles and award the trophies to the Dodgers. The resolution was introduced Tuesday, Jan. 21, 2020, after it was revealed that the Astros used a system by then-coach Alex Cora in 2017 to tip off batters on what pitch was to be thrown. (AP Photo/Alex Gallardo, File)

The resolution requests “that in addition to the penalties already imposed, the Commissioner of Major League Baseball remove the 2017 and 2018 World Series titles from the Houston Astros and Boston Red Sox.”


“We are going to win it for real in 2020.” — Councilman Bob Blumenfield
It requested the commissioner to recall the World Series trophies and award them to the Dodgers.
MLB fined Houston $5 million and suspended manager A.J. Hinch and general manager Jeff Luhnow, who were later fired by the team. Days later, the Red Sox fired manager Alex Cora, who was an Astros coach in 2017 and was cited in the MLB report for his role in Houston’s cheating.
Last week, the New York Mets parted ways with rookie manager Carlos Beltran, a player on the Astros in 2017 who also was linked to the scandal.
Councilman Bob Blumenfield said while he believes Houston and Boston should be stripped of their titles, “the motion goes a little too far” in saying that the Series should be awarded to the Dodgers.
“We are going to win it for real in 2020,” Blumenfield said.