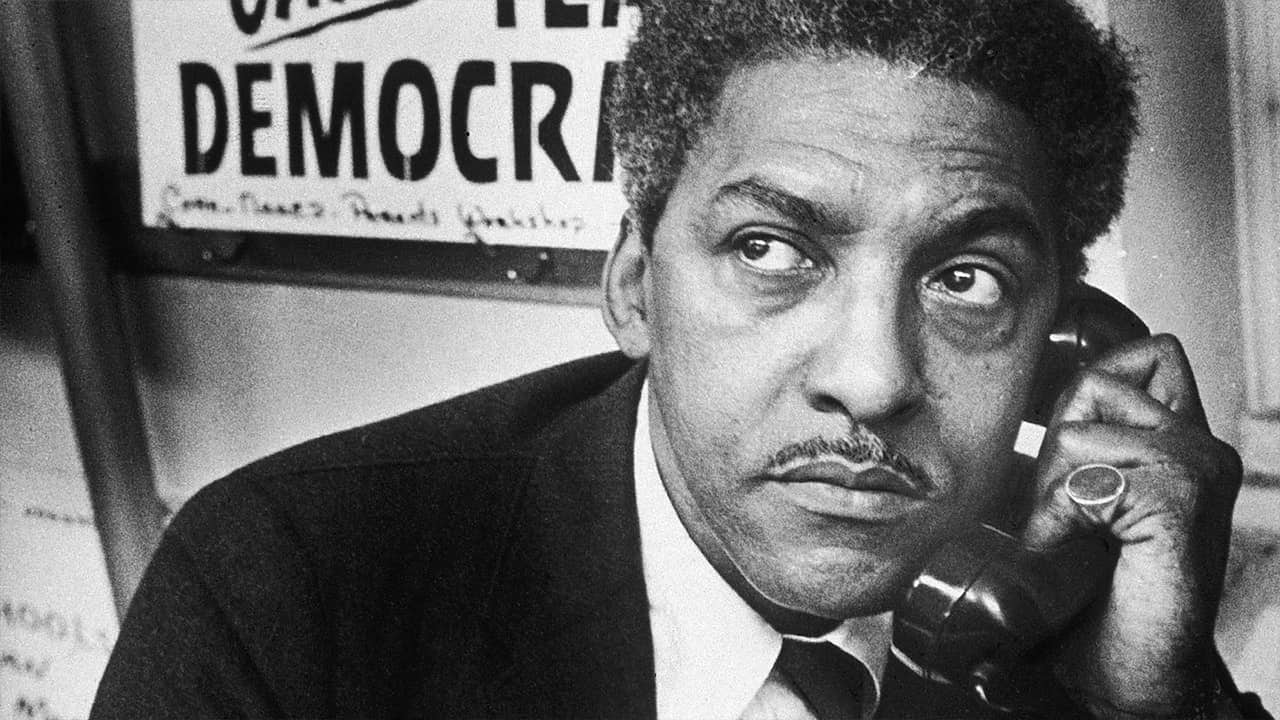 SACRAMENTO — The California Legislature’s LGBTQ and black caucuses on Tuesday asked Gov. Gavin Newsom to posthumously pardon a civil rights leader who was jailed for having gay sex nearly 70 years ago.
Bayard Rustin was a confidant of Dr. Martin Luther King Jr., along with being an organizer of the 1963 March on Washington. He also helped plan other nonviolent boycotts and protests to end racial discrimination. FILE – In this Oct. 8, 2019, file photo, California Gov. Gavin Newsom speaks during an interview in Sacramento, Calif. Newsom said on Wednesday, Jan. 8, 2020, that he is seeking $750 million to help pay rent for people facing homelessness, among other purposes, in the most populous state’s latest attempt to fight what he called a national crisis. (AP Photo/Rich Pedroncelli, File)

LGBTQ People Were ‘Under a Constant Threat of Violence and Targeting’

The lawmakers said Los Angeles County District Attorney Jackie Lacey supports a pardon, though her office did not immediately comment.
Rustin’s inner circle knew he was gay, the lawmakers said, but his arrest embarrassed his religious and political associates, particularly after U.S. Sen. Strom Thurmond of South Carolina read Rustin’s arrest file into the Congressional Record.
He was immediately removed from the Fellowship of Reconciliation, where he was secretary for student and general affairs.
At the time, racial segregation was in full effect and LGBTQ people were “under a constant threat of violence and targeting,” the lawmakers said. President Dwight D. Eisenhower had just issued an executive order banning gay individuals from federal employment.
President Barack Obama honored Rustin posthumously with a Presidential Medal of Freedom in 2013 as gay, lesbian, bisexual and transgender people were included in the 50th anniversary of the March on Washington.
San Diego City Commissioner Nicole Murray Ramirez said a pardon could also help a national letter-writing campaign he is leading to have a commemorative stamp made in Rustin’s honor.
Gay sex is no longer a crime, but Rustin’s arrest and status as a registered sex offender “haunted him for the rest of his life, and it continues to tarnish his name” 33 years after his death, the lawmakers wrote in asking Newsom for the pardon as “a positive step toward reconciliation.”