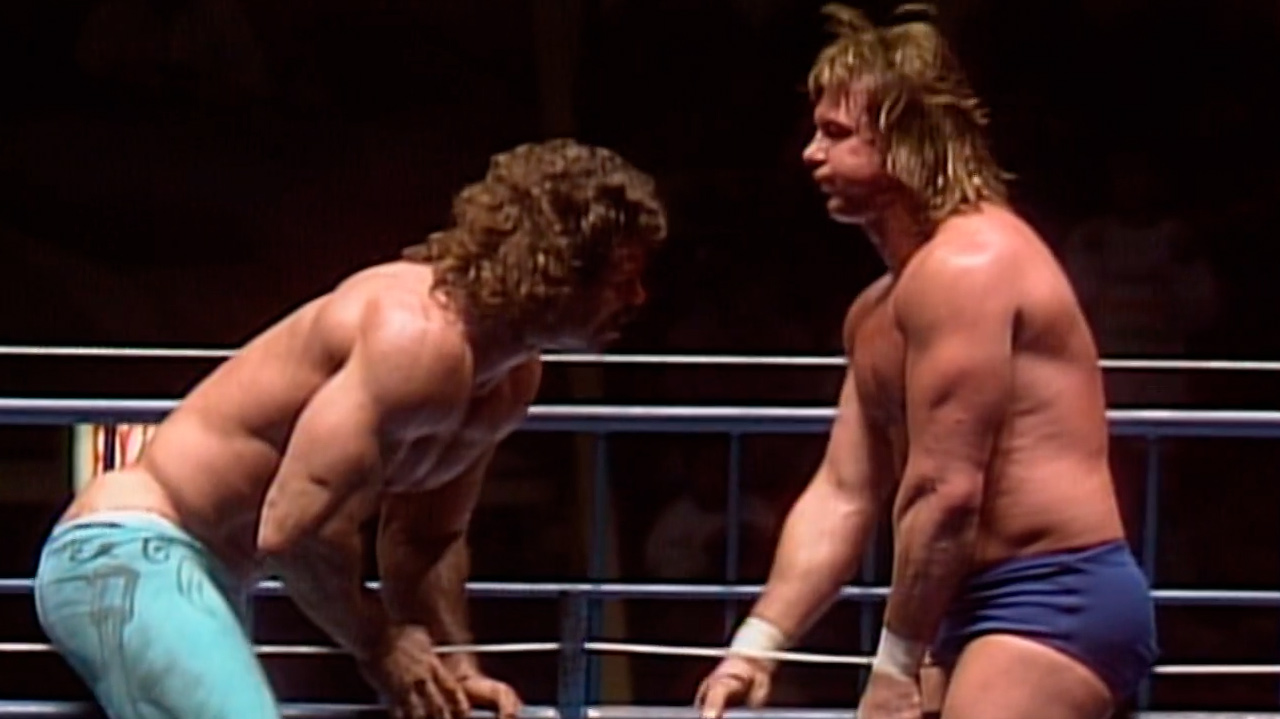 Next week marks Roddy Piper’s return to Fresno 30 years ago — four years after living up to his “Rowdy” nickname.
The WWE Hall of Famer had a wild night after the matches in 1986 — a melee with a bar patron, Fresno police, and a bench warrant for his arrest.

David Taub
Off the Bottom Rope

But, how Piper moved past his legal troubles, court documents show, may be lost to history.

In a story of pro wrestling and Fresno lore, police arrested Piper in the wee hours of Feb. 13, 1986, following a night of WWF action at Selland Arena. Piper, Cowboy Bob Orton, and Don “Magnificent” Muraco all got a bit rowdy. The results: a beat-up bar patron, a train smashing a stalled vehicle on the tracks in Chinatown, and a naked Orton arrested in a downtown hotel (by current mayoral candidate and then-police officer Jerry Dyer).
Piper skipped his court date. The next time he was scheduled to be in Fresno in December, sheriff deputies waited for him with a bench warrant for his arrest. Piper no-showed the event, and subsequently “retired” from wrestling a few months later for a career in Hollywood.

A Look at the Court Documents

When I first wrote about Piper’s wild night on its 30th anniversary for the Wrestling Observer, I noted the mystery of how the bench warrant was resolved. The sheriff’s office told me “it was taken care of.” Court archives didn’t shed much light either. Piper himself can’t answer the question. He died in 2015.
According to the Fresno County District Attorney’s Office and confirmed by paperwork from the court archives, Piper’s initial charge — PC 242, a misdemeanor battery for his incident with a patron at the Old Fresno Hofbrau — was closed without much detail on how or why.
Instead of being charged under his given name of Roderick George Toombs, the documents listed his stage name “Piper” and a home address of 81 Holly Hill in Greenwich, Connecticut. The address was that of the WWF headquarters at the time.
In the April 14, 1986 warrant for Piper’s arrest for skipping his court date, Judge Carl P. Evans set bail at $1,000.
But, that is where the trail ends. The court documents do not reveal how the warrant was resolved, or if Piper ever appeared in a Fresno court. According to a court docket, the last item was filed Feb. 24, 1992, noting the April 1986 warrant. 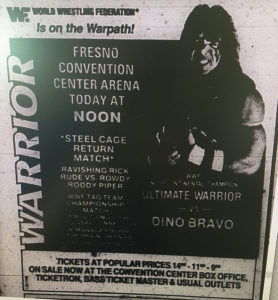 The bar patron alleging the assault, Nash Lara, fled a sworn complaint with the court but did not go into detail about the incident.
Lara sued Piper (using his full stage name of “Rowdy Roddy Piper”) and the WWF’s parent company, Titan Sports, in civil court in 1987. Judge Dwayne Keyes dismissed the case in 1993 “for failure to bring the matter to trial within five years.”
The plaintiff was seeking damages for wage loss, medical expenses, and loss of earning capacity, but didn’t specify a specific amount.
Again, Lara failed to go into much detail in his court filings of what happened that night, other than stating that he was “intentionally assaulted and battered” and struck “about the head and torso.”

Piper returned to the WWF in 1989, with a few cult movie hits (“They Live,” and “Hell Comes to Frogtown”) on his résumé.
The WWF had a Sunday matinee on Jan. 28, 1990 — Super Bowl Sunday when the 49ers destroyed the Broncos — with Piper in the main event. An estimated 4,000 fans turned out at Selland Arena and got home in time to watch the big game (30 years later, the 49ers are in the Super Bowl again). Piper was back in Fresno after a four-year layoff to take on rival Ravishing Rick Rude inside the steel cage.
However, a look at an ad in The Fresno Bee stated that this was a “steel cage return match.” As in, Piper vs. Rude was a return match. As in, Piper had already come back to Fresno.
Pro wrestling’s history is murky at best, kept alive by historians and fanatics like myself who log results as if they are baseball box scores. The most comprehensive and authoritative web page on such matters is The History of WWE. It doesn’t list any local Piper matches between his 1986 bonus match versus the Fresno police, and his 1990 showdown against Rude.
Could there be a lost match in the annals of Fresno wrestling history?
A check of WWF’s TV segments listing upcoming cities on the tour, as well as a review of Fresno Bee ads, turned up nothing.
I checked with Bob Jenkins, a longtime local TV executive, who moonlighted in the 1980s and 1990s as the ring announcer for Fresno events. He couldn’t remember any prior Piper-Rude match either.

The Fresno match itself was not televised. But, much like traveling music acts that play the same sets at every show, wrestling matches generally follow a script city-to-city.
A televised Piper vs. Rude cage match took place on Dec. 28, 1989, at Madison Square Garden in New York City. That match — held in the big blue cage the WWF was known for at the time — included the unusual-for-the-WWF rule that allowed pinfalls in the cage, as well as the winner being the first wrestler to escape.
In the New York match, Rude bled from a cut to his forehead. He also exposed his tush when Piper grabbed the Ravishing One’s tights as he tried to escape (and spent the remainder of the match showing the crowd a smile). The action saw both men fight on top of the cage, and escape down the side at the same time.
The match restarted, with Rude coming off the top of the cage with a knee drop. Piper then nailed Rude with a pair of brass knuckles and walked victoriously out of the cage.

The Rest of the Card

The main event for the Super Bowl Sunday 1990 card at Selland Arena was WWF Intercontinental Champion Ultimate Warrior defending the title against Dino Bravo. Other advertised matches included WWF tag team champions Colossal Connection — Andre the Giant and Haku with manager Bobby “The Brain” Heenan — in a title defense against Demolition.
While the specific Fresno results aren’t available, an educated guess would be they were the same as the rest of the West Coast tour (Jan. 24 in Portland; Jan. 25 in Oakland; Jan. 26 in Los Angeles; Jan. 27 in Las Vegas; and Jan. 29 in Bakersfield).
Those results saw Earthquake d. Red Rooster; Koko B. Ware d. Black Bart; Ron Garvin d. The Brooklyn Brawler; Jimmy Snuka d. Greg Valentine; Colossal Connection d. Demolition by count-out; a pinfall win for the Warrior; and a cage win for Piper.