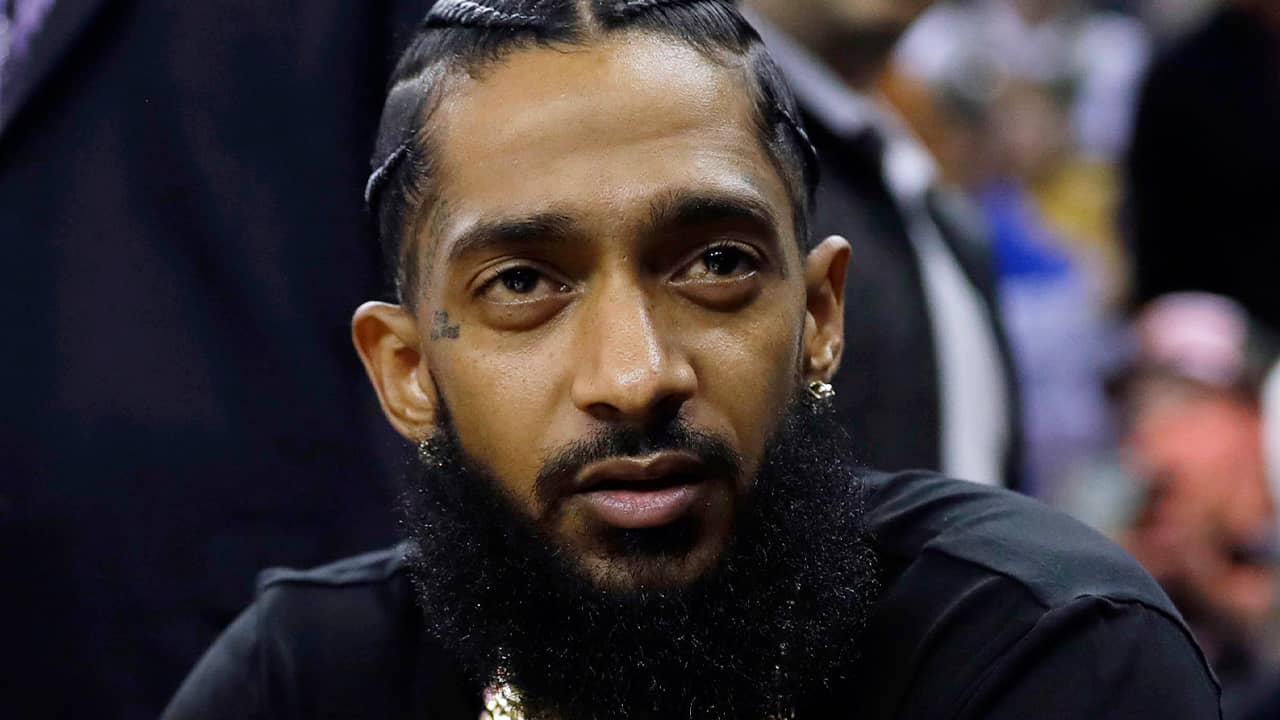 NEW YORK — Even before Nipsey Hussle laid down his first verse on “Higher,” DJ Khaled predicted he had a Grammy-nominated hit on his hands.

“I knew it was special out the gate. Working with Nipsey Hussle was special. I told Nipsey that God willing, we will get nominated for a Grammy … I spoke that into existence,” Khaled said. “We both felt the same. We knew making this record was Grammy-worthy.”
Khaled was right. Candles appear at a makeshift memorial for rapper Nipsey Hussle in the parking lot of his Marathon Clothing store in Los Angeles, Monday, April 1, 2019. Hussle was killed in a shooting outside the store on Sunday. (AP Photo/Ringo H.W. Chiu)

Hussle Could Win More Than One Trophy

“Higher,” which also features John Legend, is nominated for best rap/sung performance at Sunday’s show, which will air live from the Staples Center in Los Angeles. It comes a year after Hussle scored his first-ever Grammy nod for best rap album with his major-label debut, “Victory Lap.”
“It took 10 people to make that song happen over the course of four months,” said Steve “Steve-O” Carless, Hussle’s manager and business partner, said of “Higher.”
“We finally got it done. If that one wins, that will be a special one for me,” he said. I’d probably collapse on the ground for that one.”
But Hussle could win more than one trophy: His song “Racks in the Middle,” featuring Hit-Boy and Roddy Ricch, was recorded a day after last year’s Grammys and is nominated for both best rap song and best rap performance.
“I was really shocked by that one because we had no idea that song would get recognized. (Nipsey) was so adamant about putting that song out right after the Grammy’s last year,” Carless said. “The label was concerned that we didn’t have enough time and runway to set it up. (Nipsey) was adamant about bypassing all the traditional (methods), upload protocols with the streaming partners and (was) all about calling everyone directly because he felt like that record was a moment for his career. … and now it’s nominated for two awards at the Grammys. Emotional and gratifying.”
Outside of possible award wins, Sunday’s show will pay tribute to Hussle with a performance featuring Khaled, Legend, Ricch, Kirk Franklin, Meek Mill and YG.

He’s Also Been Honored for Being an Activist

“It’s bittersweet because he’s not here to physically receive it or to see it, but I know because of the type of man he was and how hard he worked, that it is a positive addition to his legacy,” Hussle’s fiancée, actress Lauren London, said in an interview.


“It’s bittersweet because he’s not here to physically receive it or to see it, but I know because of the type of man he was and how hard he worked, that it is a positive addition to his legacy.” — Lauren London, Hussle’s fiancée
“I’m just proud of him,” she added. “It’s not the happiest time of my life, but I know … what he wanted his message to be, and it’s beautiful to watch that that’s still alive and strong.”
While Hussle has received praise for being a skilled rapper, he’s also been honored for being an activist who tried to unite and build up his community. That side of Hussle, as well as his life as a loving father, was celebrated at his public memorial service held at the Staples Center last year. His funeral was the first held at the concert arena since Michael Jackson’s in 2009.
And throughout the year, the man who cared so much about rebuilding the Los Angeles streets that raised him has been celebrated: At the BET Awards, he earned the Humanitarian Award and was named best male hip-hop artist. At the MTV Video Music Awards, “Higher” was nominated for best hip-hop video.
Legend recalls meeting Hussle on the set of “Higher” since they recorded their vocals for the song separately.
“It was actually very cool because we were on a high-rise parking structure in South L.A. and you could see his neighborhood from where we were shooting the video and he was just showing me where he grew up all from, like, a bird’s eye view,” Legend said. “You could just tell how proud he was of where he was from, how connected he was to where he was from.”
“It was authentic,” he added. “It was very cool to see him in his element and it made it all the more tragic to know that just a couple days later he would have his life taken.”

Pink Belts Out 'Me and Bobby McGee' at Paso Robles Saloon

Tom Brady Headliner Even in the Super Bowl He's Sitting Out