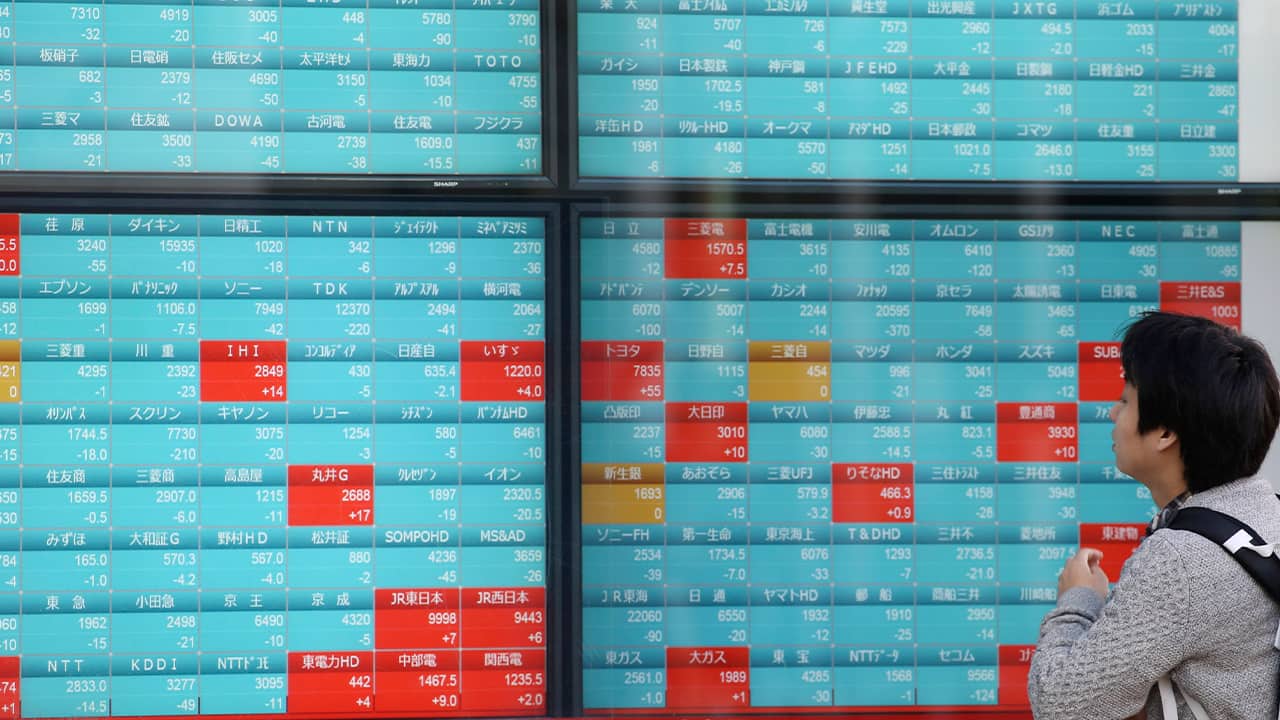 BEIJING — Stock and oil prices fell Tuesday as concern about the potential impact of a Chinese disease outbreak increased and a rating agency cut Hong Kong’s credit rating for official borrowing due to political tension. A man walks by an electronic stock board of a securities firm in Tokyo, Tuesday, Jan. 21, 2020. Asian stock markets have tumbled as concern about the impact of a Chinese disease outbreak on tourism and regional economies grows. (AP Photo/Koji Sasahara)

Air China Ltd. lost 3.2% and Hong Kong’s Cathay Pacific Airways dropped 4.1%. Japan’s ANA Holdings Inc. fell 2.2%.
Also Tuesday, the Bank of Japan left its policy rate at -0.1% and affirmed its commitment to increase holdings of government bonds. Board members raised their economic growth projection for the year that starts in April to 0.9% from 0.7%.
The European central bank also is due to make an interest rate decision this week. No change is expected though investors will pay attention to the bank’s views on the economy.
Energy: Benchmark U.S. oil fell 84 cents to $57.70 per barrel in electronic trading on the New York Mercantile Exchange. The contract gained 5 cents on Monday to close at $58.58. Brent crude, used to price international oils, lost 94 cents to $64.26 per barrel in London. It advanced 35 cents the previous session to $65.20.
Currencies: The dollar declined to 110.03 yen from Monday’s 110.18 yen. The euro edged up to $1.1117 from $1.1094.

Buckle Up: What to Watch as Impeachment Trial Takes off