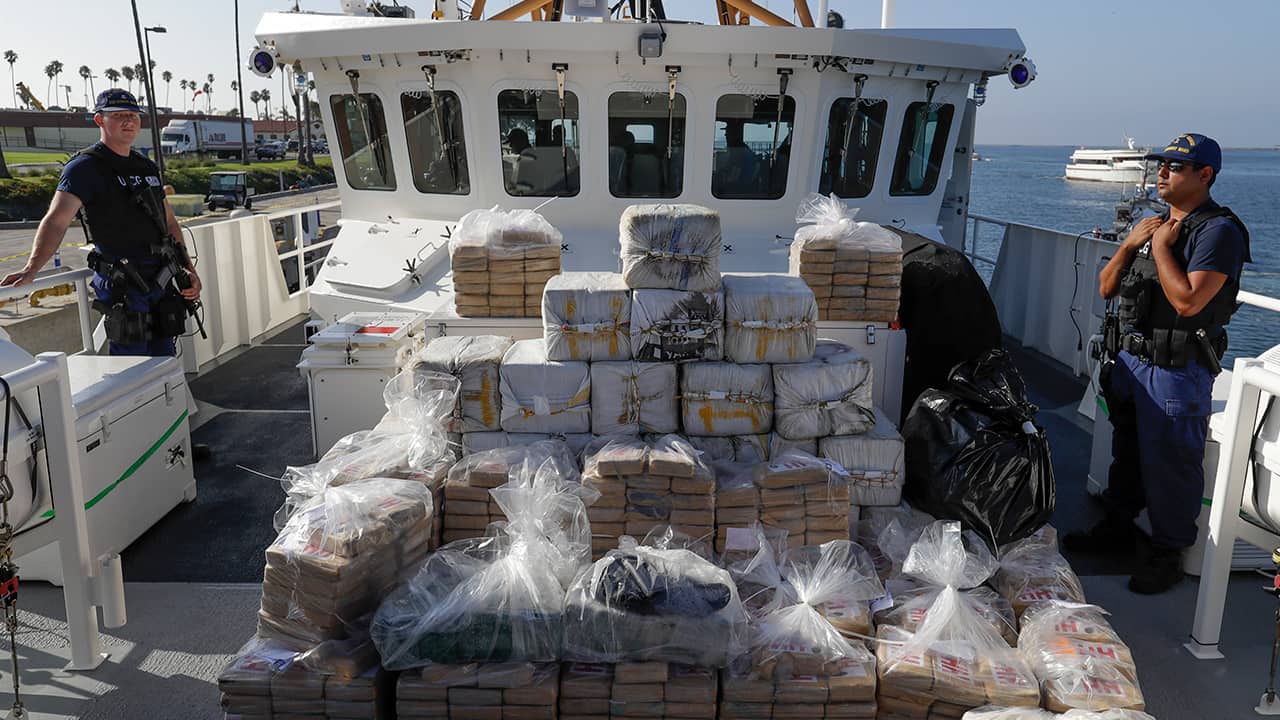 WASHINGTON — Alarmed by a deadly new twist in the nation’s drug addiction crisis, the government will allow states to use federal money earmarked for the opioid epidemic to help growing numbers of people struggling with meth and cocaine.


Related Story: This Meth Ring Stretched From Modesto to Alaska

“They were seeing much more impact from meth and from cocaine, substances they couldn’t address because of specific language in the law,” said Shaheen, referring to previous restrictions in the federal grant program aimed at opioids.
As a member of the Senate Appropriations Committee, which writes spending bills, Shaheen said she worked with Republican and Democratic leaders to add “stimulants” — not only opioids — to the language of the 2020 spending bill.


“They were seeing much more impact from meth and from cocaine, substances they couldn’t address because of specific language in the law.” — Sen. Jeanne Shaheen
White House drug czar James W. Carroll said the Trump administration was also hearing calls for more flexibility from state officials, and supported the change.
“I know the term ‘opioid crisis’ is used a lot, and it’s not my preferred way of describing what we’re up against,” said Carroll. “I say what we really have is an addiction crisis.”
Other senators pushing to broaden the grant program included Republicans Rob Portman of Ohio and Shelley Moore Capito of West Virginia, also a member of the Appropriations Committee. Their states have been ravaged by opioids.
Federal lawmakers don’t want to be caught flat-footed if another drug crisis breaks out in an election year. The nation has been starting to see progress on opioids, with deaths declining slightly.
Last week the House Energy and Commerce Committee sent letters to federal agencies requesting detailed information on evolving patterns of cocaine and meth use.
“We are concerned that while the nation, rightly so, is devoting so much of its attention and resources to the opioid epidemic, another epidemic — this one involving cocaine and methamphetamine — is on the rise,” wrote committee leaders Chairman Frank Pallone, D-N.J. and ranking Republican Greg Walden of Oregon.

Meth, which was once cooked in makeshift labs in the U.S., is now produced by Mexican cartels and smuggled across the border. The price of the drug has dropped even as its purity has risen.
The increased prevalence of cocaine is being driven by greater supply, as cultivation of the coca plant has become more widespread in Colombia. Cocaine can also be laced with fentanyl, contributing to overdose deaths. As with meth, government data show the price of cocaine has dropped while its purity has risen.
Treating people addicted to meth or cocaine is different from treating opioid dependence. There are FDA-approved medications for opioid addiction, but not for cocaine and meth.
Instead, treatment relies on counseling and support to try to help people overcome their drug habit. It’s a labor-intensive effort that carries a significant risk of failure. Access to more federal dollars will help pay for treatment, particularly in states that have held out on accepting Medicaid expansion under the Affordable Care Act. Expanded Medicaid for low-income adults is a mainstay of treatment in states that embraced it.

States “are going to go ahead and apply for these grants, knowing they’ll have the flexibility to treat whatever the addiction is for people walking into their clinics,” said Reyna Taylor of the advocacy group National Council for Behavioral Health.
The federal Substance Abuse and Mental Health Services Administration is preparing to notify states of the newly available grant flexibility.
Ultimately, state officials want Congress to consider folding the opioid money into a larger block grant program administered by the same agency, creating a big pool of federal money to treat addiction, with fewer restrictions on its use.

'American Pickers' Look to the Valley for Unique Antique Finds