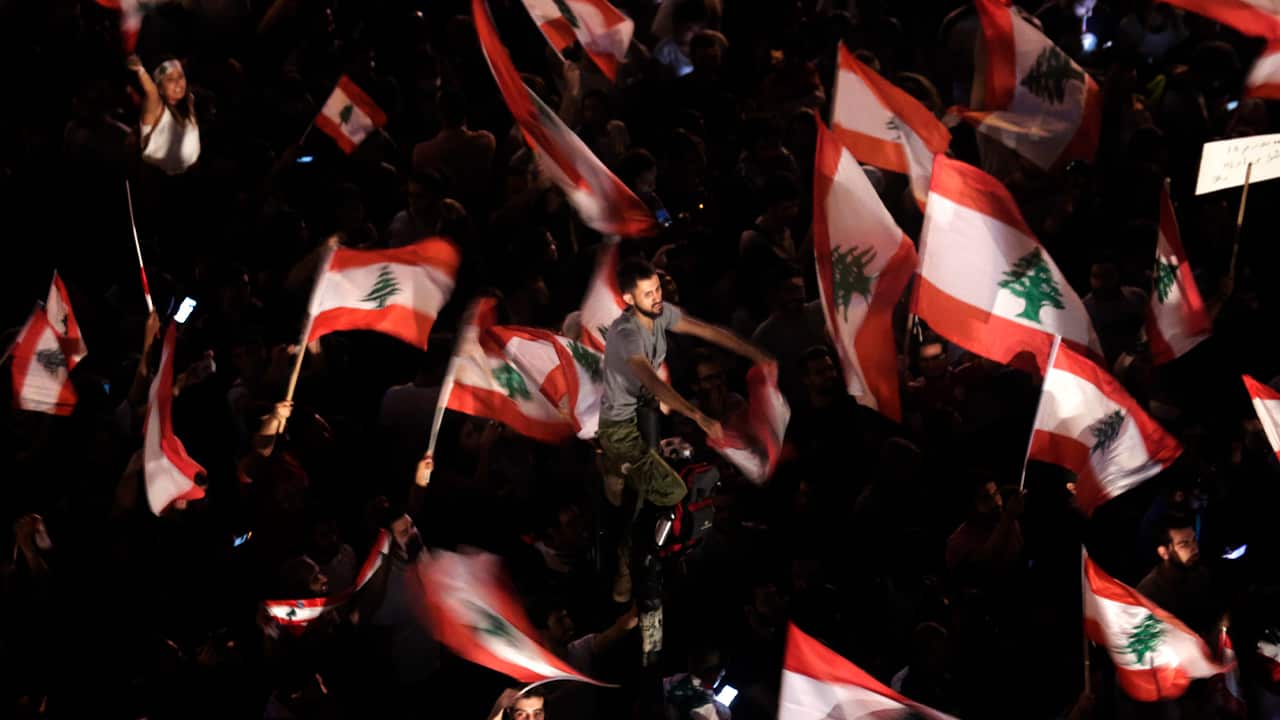 BEIRUT — An American freelance journalist who was detained in Lebanon on suspicion of broadcasting live footage of protests to an Israeli news outlet has been released, the journalist said Tuesday.

“They were kind to me. If I needed a cigarette or some food or water they would get it to me but at the same time I was stuck in a room that had a window but it was blocked so I couldn’t see if it was night or day,” he said. “It was kind of a mixed experience to be fair.”
He added that he was allowed to call his girlfriend and also received a call from an American diplomat.
In a statement released Monday, Lebanon’s State Security department said Frakes was at the scene of the protest near the parliament building, a location from which someone was broadcasting live to the Israeli paper. State Prosecutor Ghassan Oueidat referred him to Military Intelligence for questioning and investigation, the department said.
Haaretz denied any connection to Frakes, saying the video streaming from the protests on its Facebook page was a feed from an international news agency.
Frakes’ arrest came amid intense riots over the weekend near the parliament building that left hundreds of people injured. Lebanon has been witnessing three months of protests against the country’s political elite that demonstrators blame for decades of corruption and mismanagement.
The area outside Parliament was packed with journalists, many of them correspondents for international news agencies. International coverage of the three-month old protests in Lebanon has picked up in the past two days as the violence worsened.

Money Piling Up to Elect, Oppose Dyer for Mayor