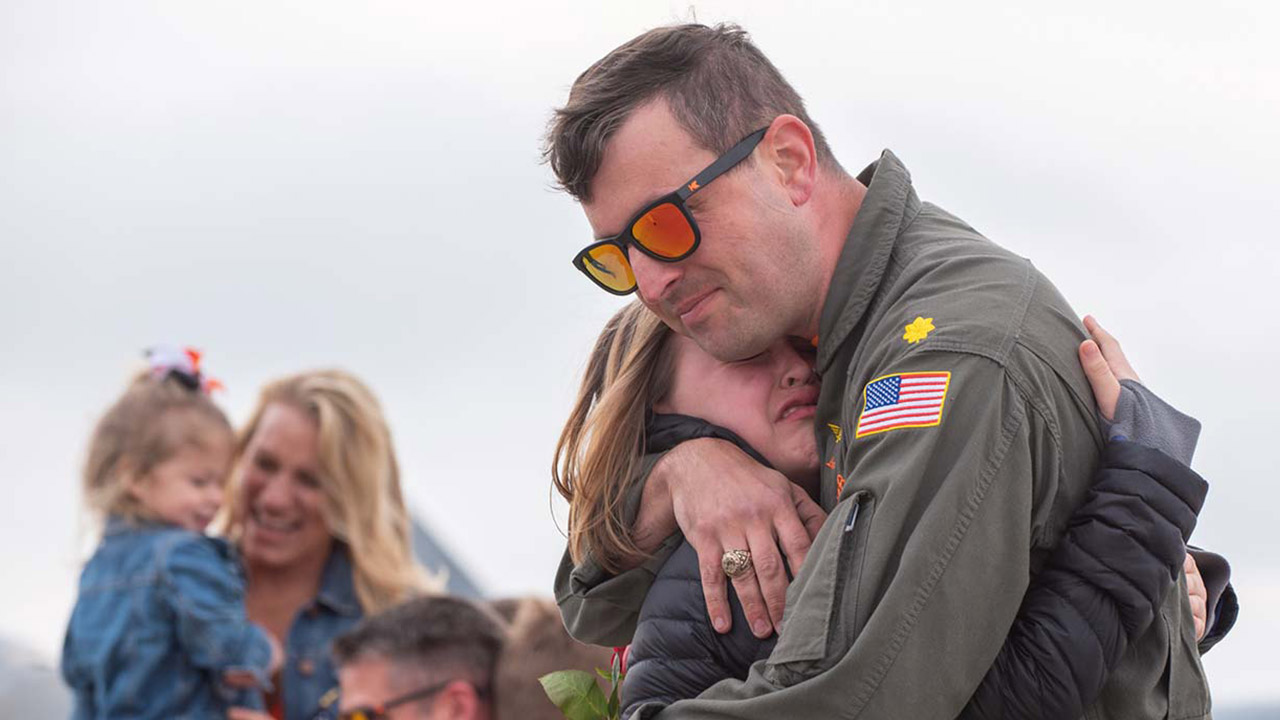 Two U.S. Navy fighter squadrons based in Lemoore returned home to loved ones Saturday following nearly 10 months away in the Mediterranean and Middle East. The squadrons were assigned to the aircraft carrier USS Abraham Lincoln, which just completed a 294-day deployment — the longest since the end of the Cold War.

Listen to this article:
Originally scheduled to last seven months, the deployment was extended four times.
“It feels wonderful to be back,” said Strike Fighter Squadron 25 Commander David Dartez.
“We had extensions and I told everybody the deployment wasn’t necessarily extremely difficult, but it was very stressful. So the extensions really, really tried the families,” he said.
“So, yeah, it’s pretty emotional. Just great to be home.” 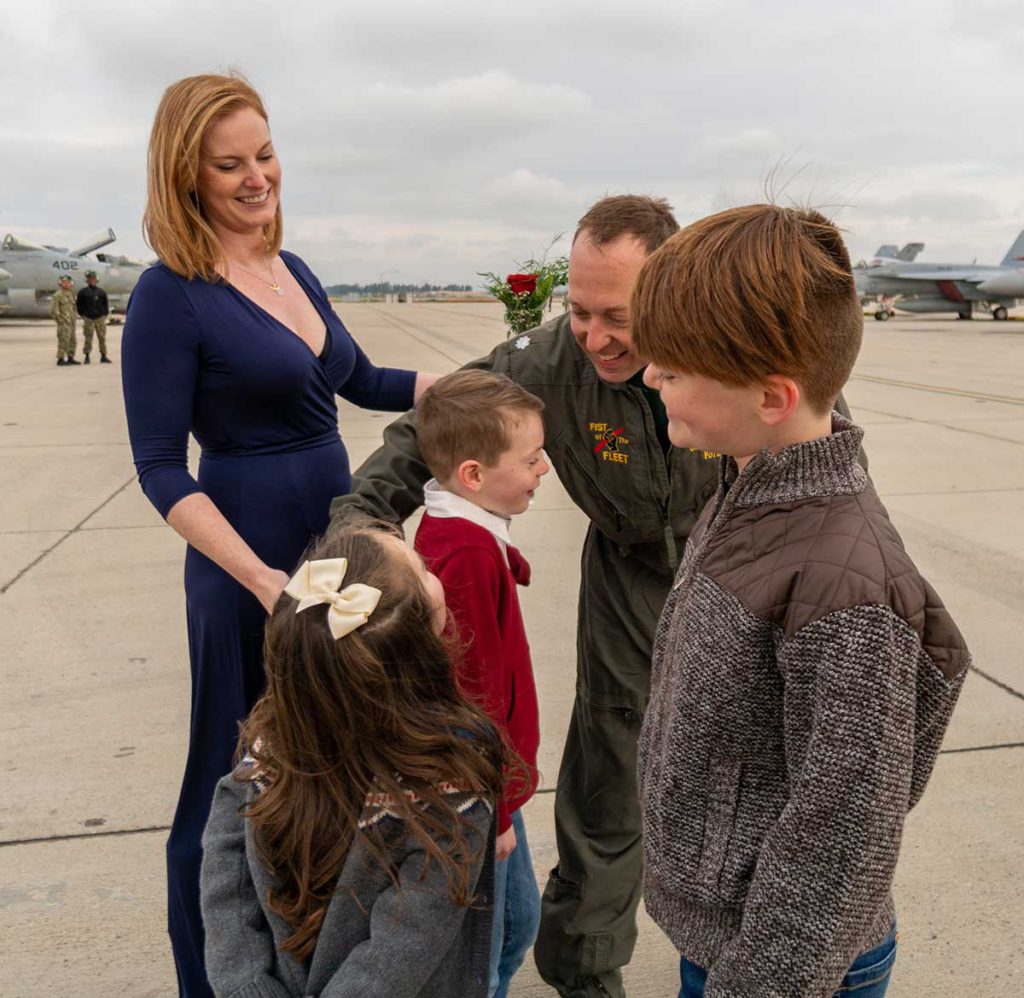 Family and friends cheered and waved ‘welcome home” signs as Dartez and his fellow squadron pilots made fly-by passes over the base before landing their F/A-18E Super Hornets. As they walked from their jets toward the hangar, the crowd rushed out to greet them on the tarmac.
A similar scene unfolded earlier in the day on the base as the 11 pilots of Strike Fighter Squadron 86 (the “Sidewinders”) returned home from the deployment as well. Close to 400 squadron support personnel remained onboard the USS Lincoln as it reached its home port in San Diego. They will return to the base this week.
Dartez said the squadrons were kept very active, monitoring rising tensions in the Middle East.
“We were on what’s called Gonzo Station, the Gulf of Oman Naval Zone of Operations. Just kind of watching Iran,” he said. “We flew a lot of flight hours. I think over 2,000 arrested landings (on the carrier), just our squadron alone. So we we flew a lot,” Dartez said.

The Abraham Lincoln Carrier Strike Group departed the Middle East before the U.S. launched the recent drone attack that killed Iranian General Qassem Soleimani.  But the carrier’s aircraft were regularly involved in combat operations in the region, flying almost daily missions in Afghanistan and Syria, U.S.S. Lincoln Captain Walter Slaughter told the news site Military.com.
Slaughter said flight operations included 392 combat sorties with 42 precision-guided munitions dropped.
The Lincoln also had some encounters with Iranian aircraft and fast boats, but Slaugher described them as routine and “in line with historic norms.” 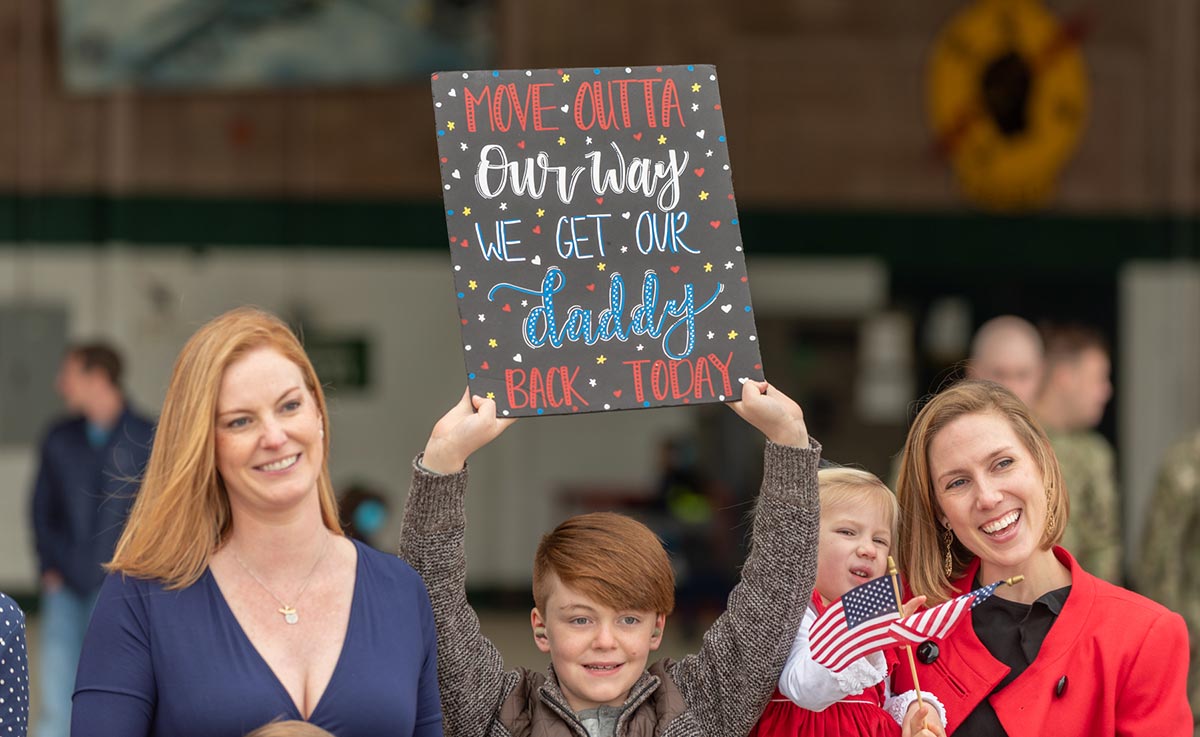 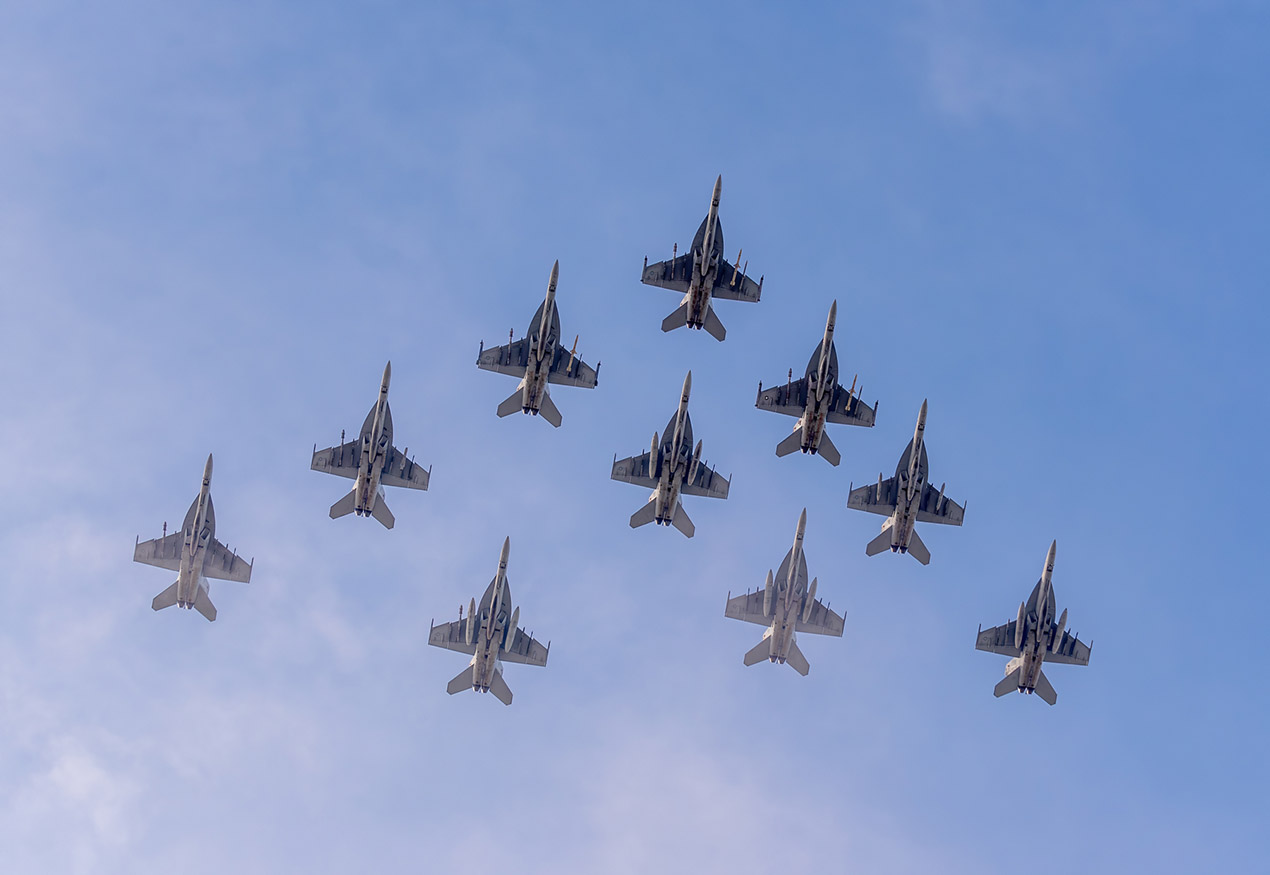 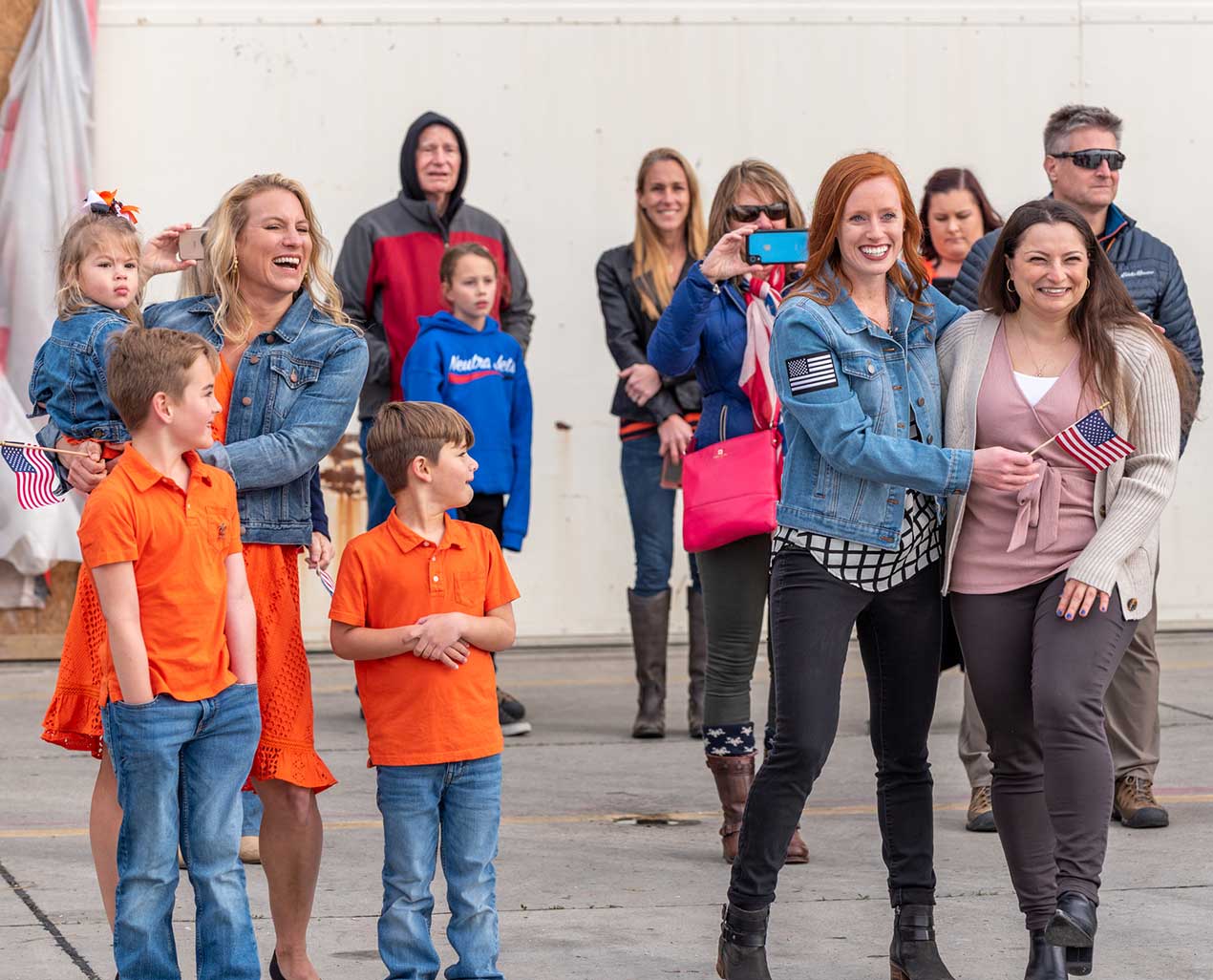 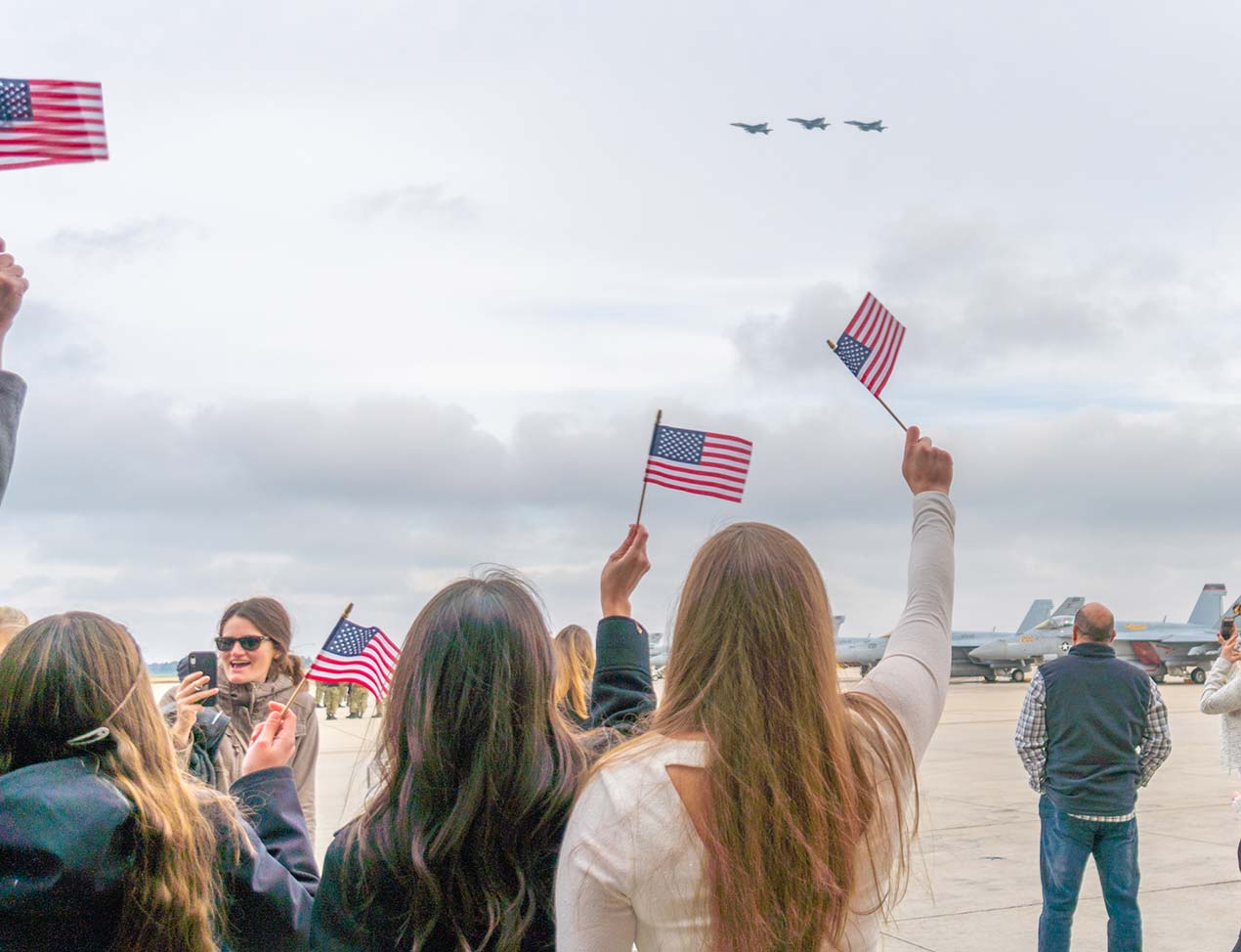 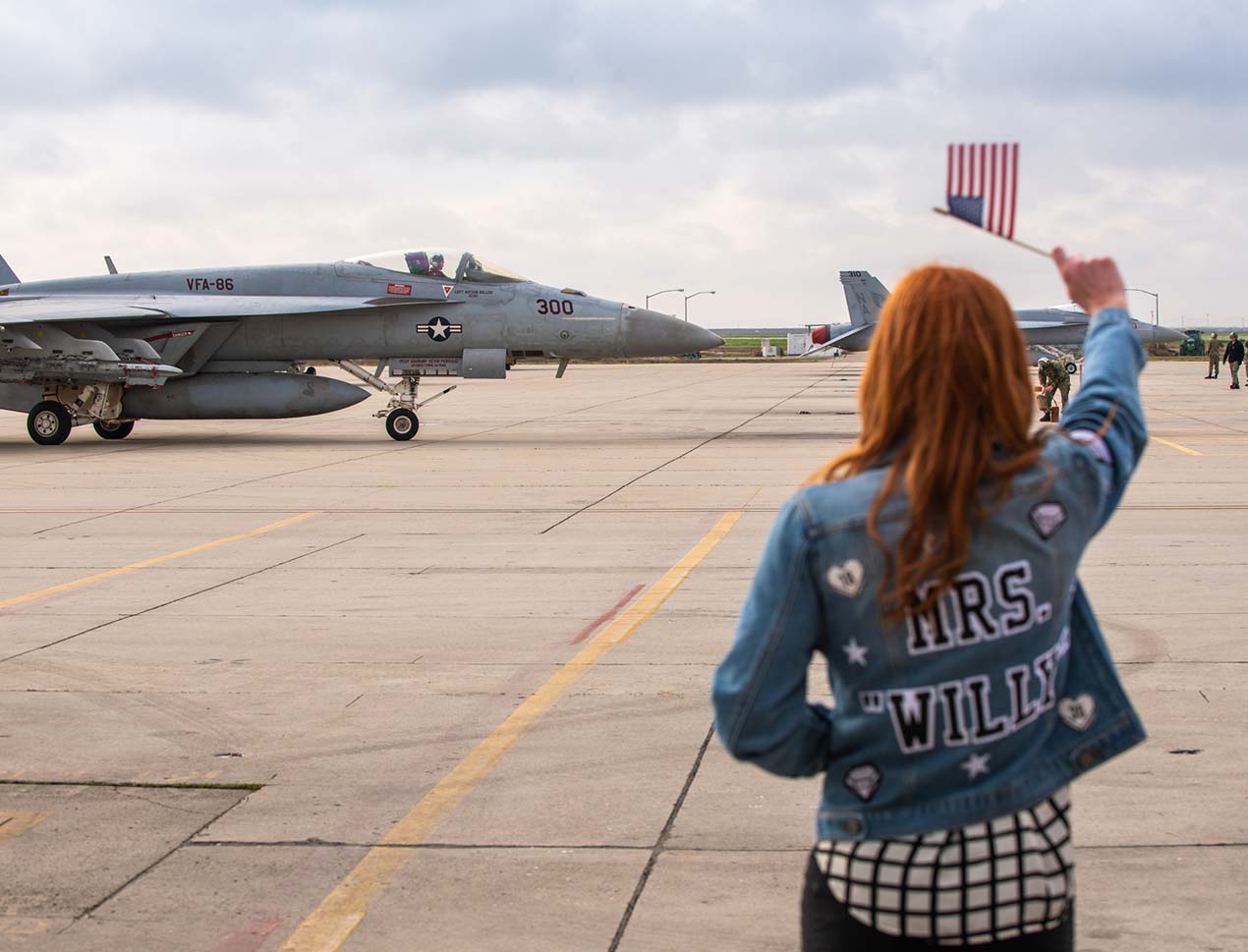 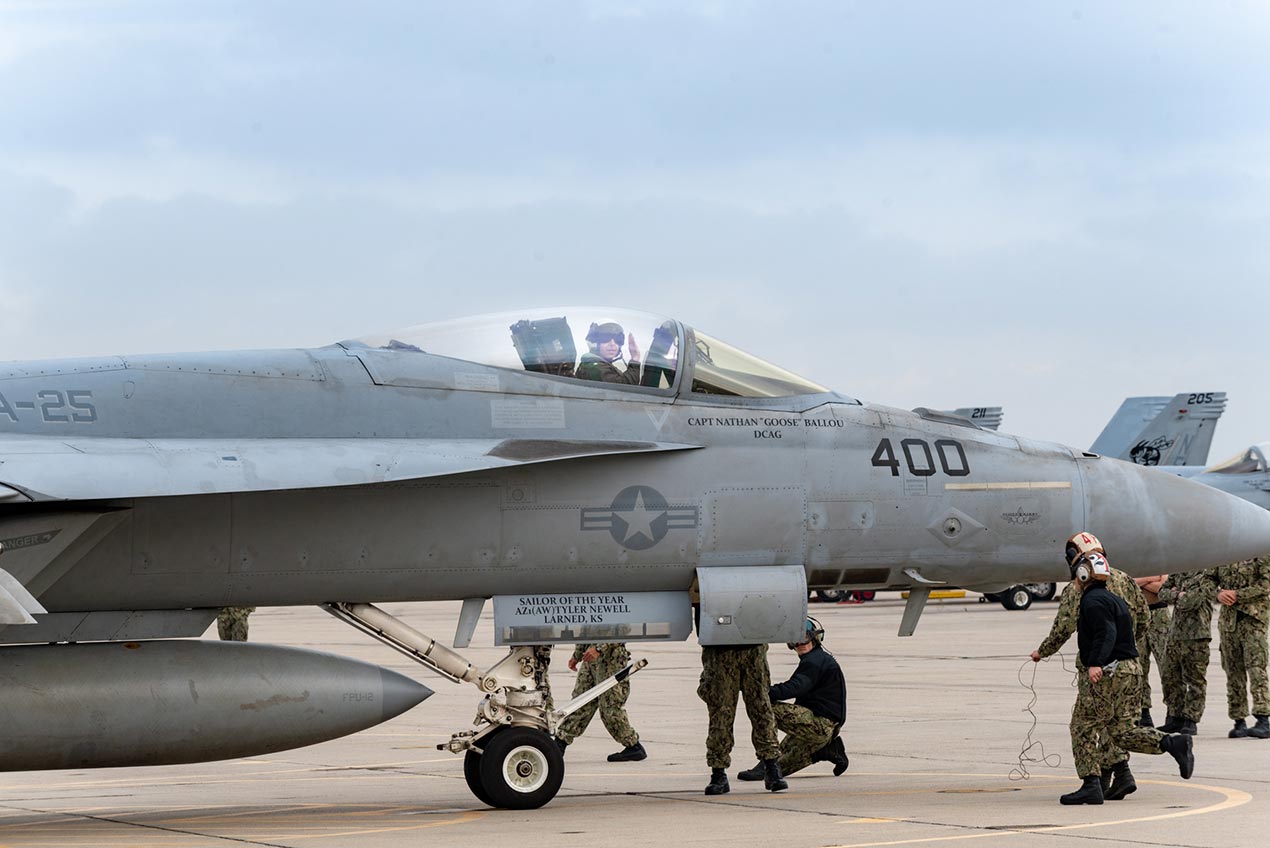 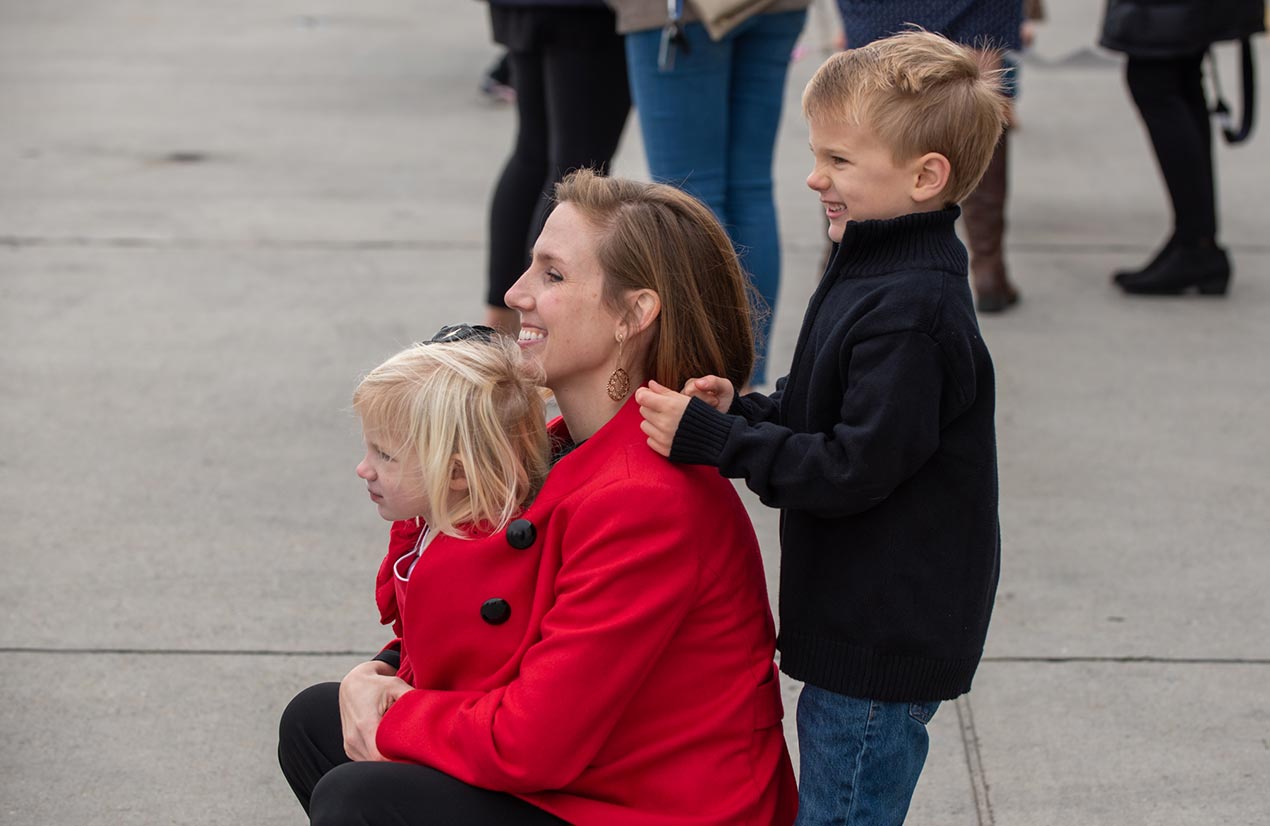 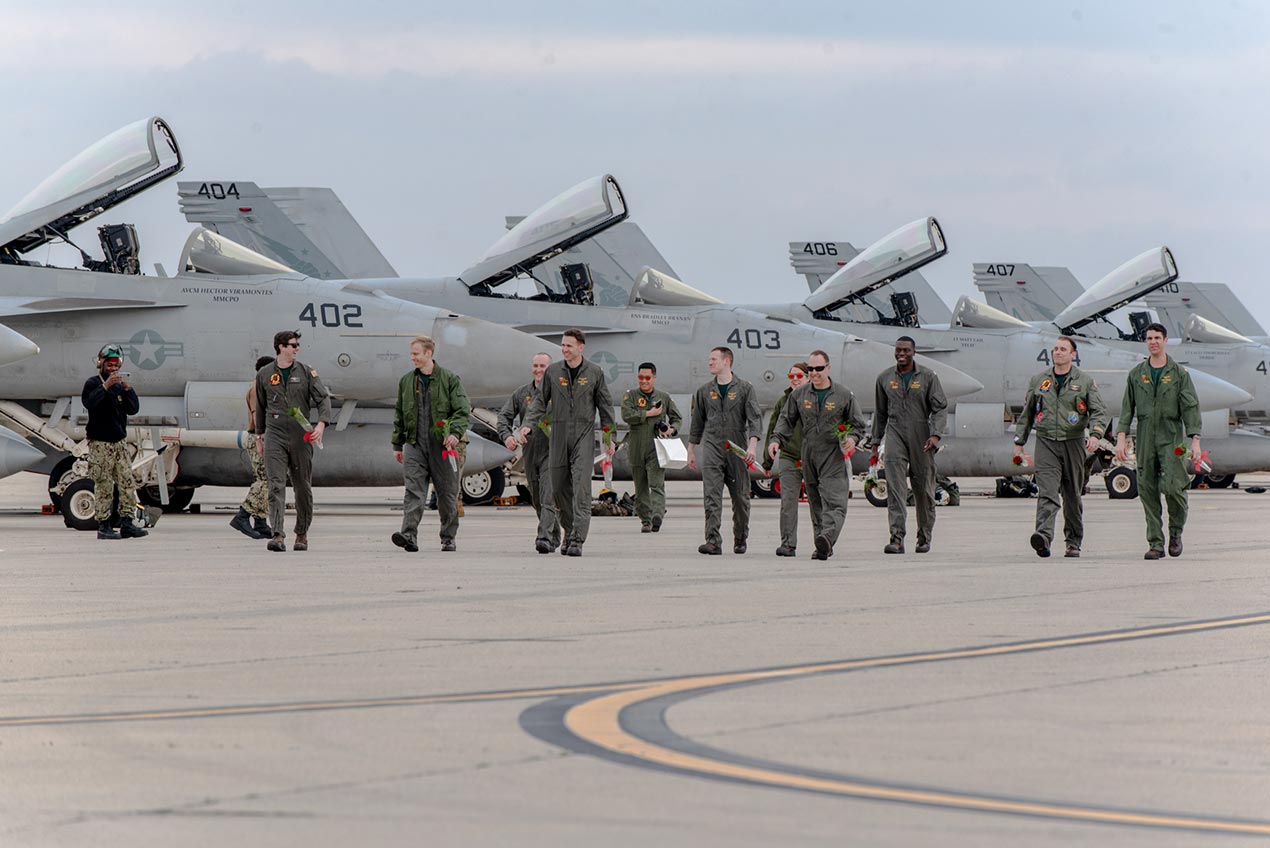 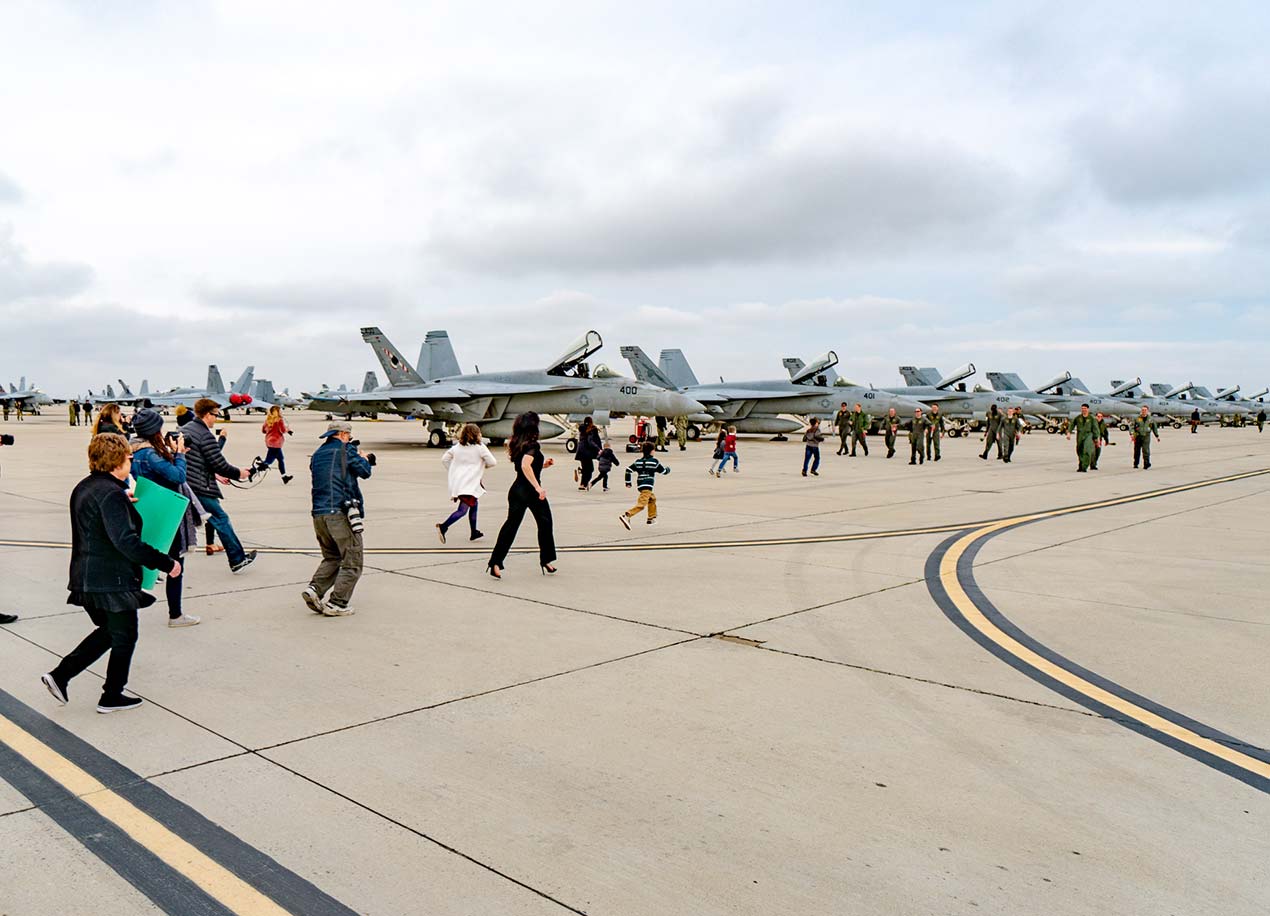 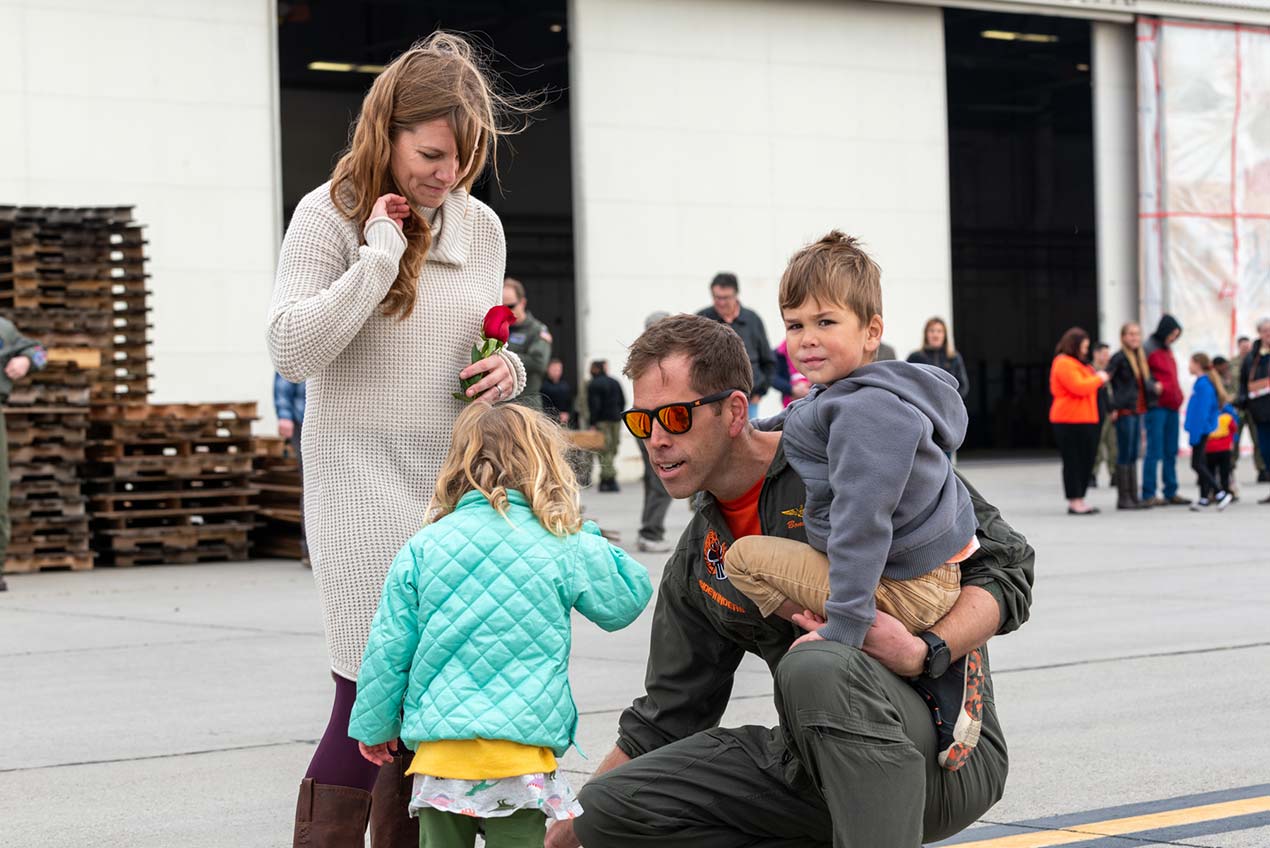 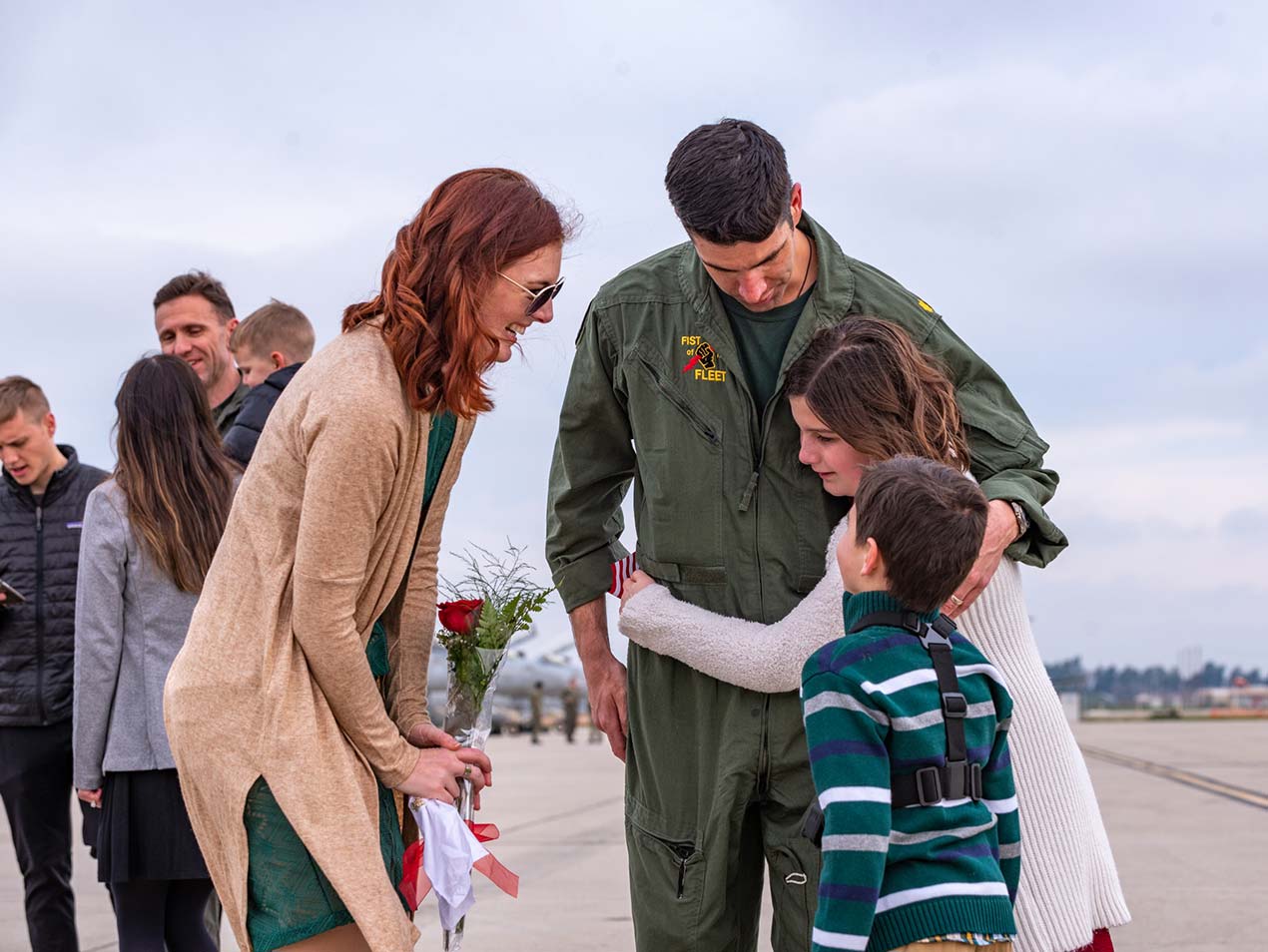 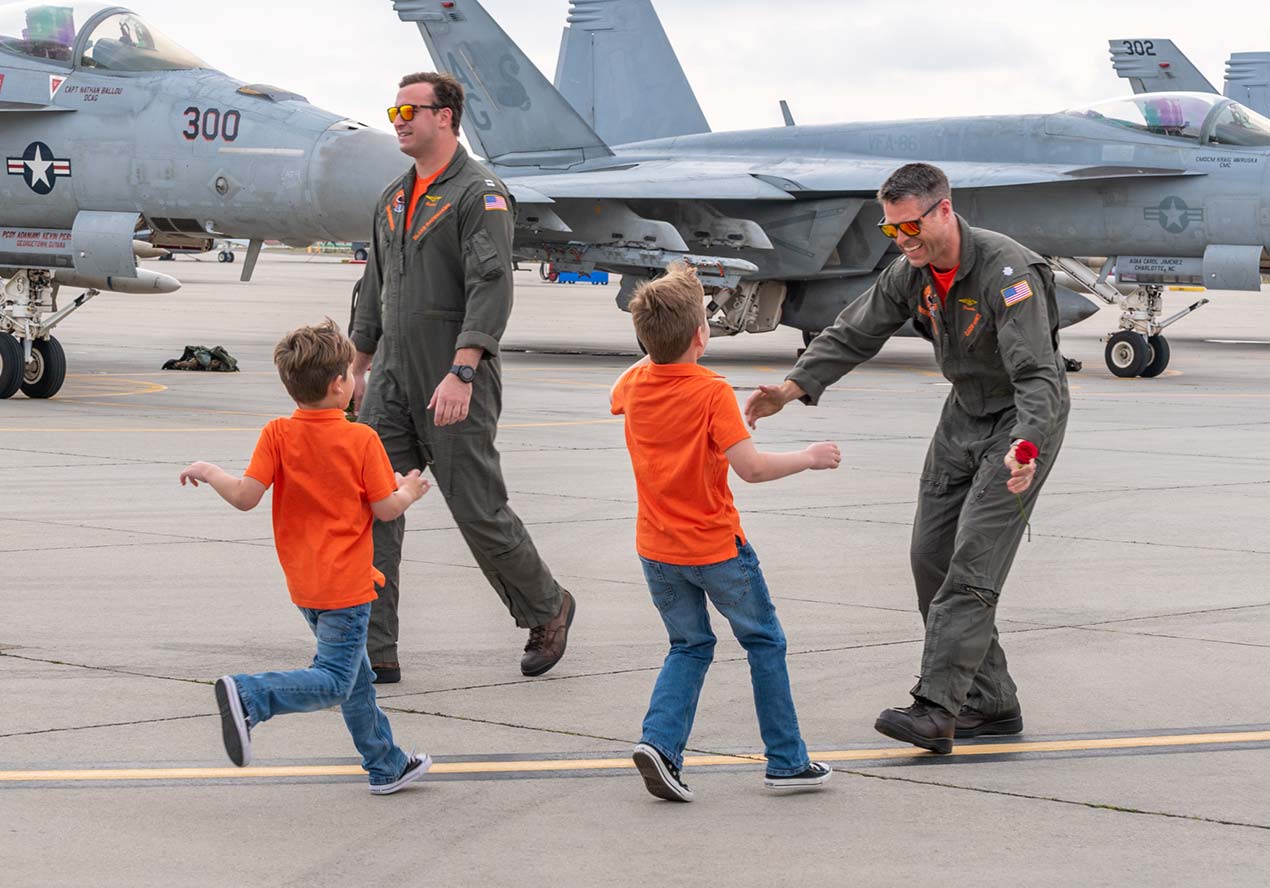 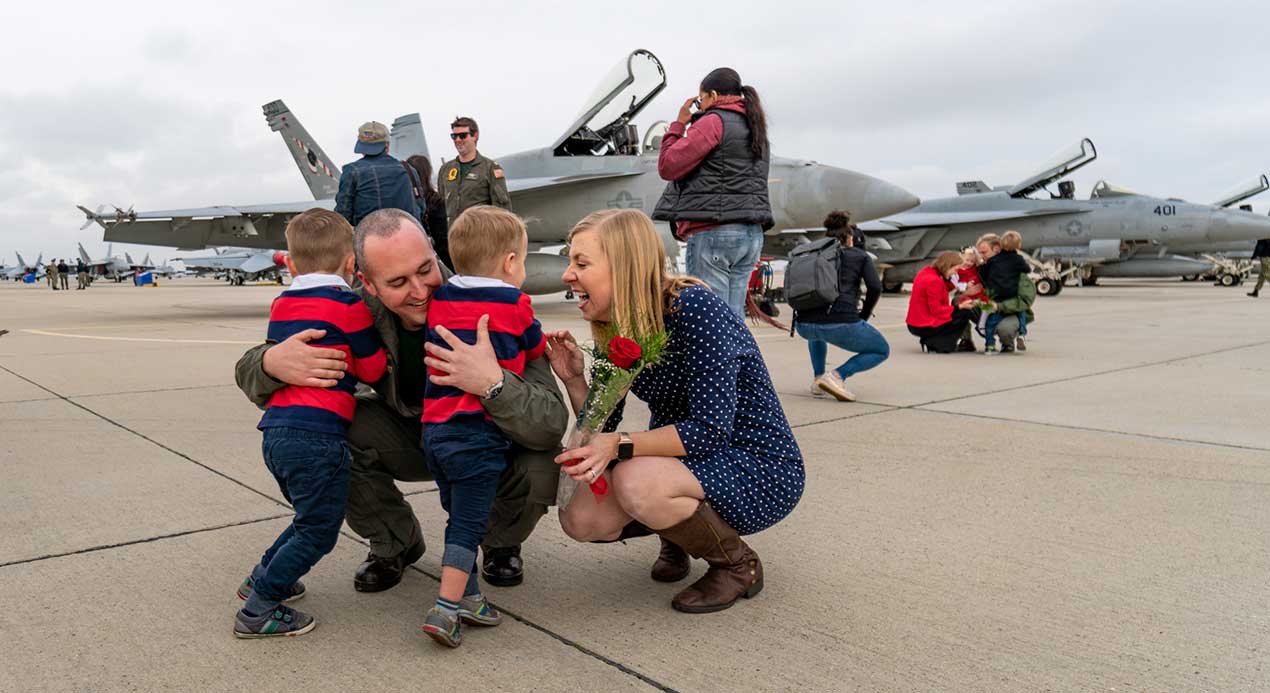 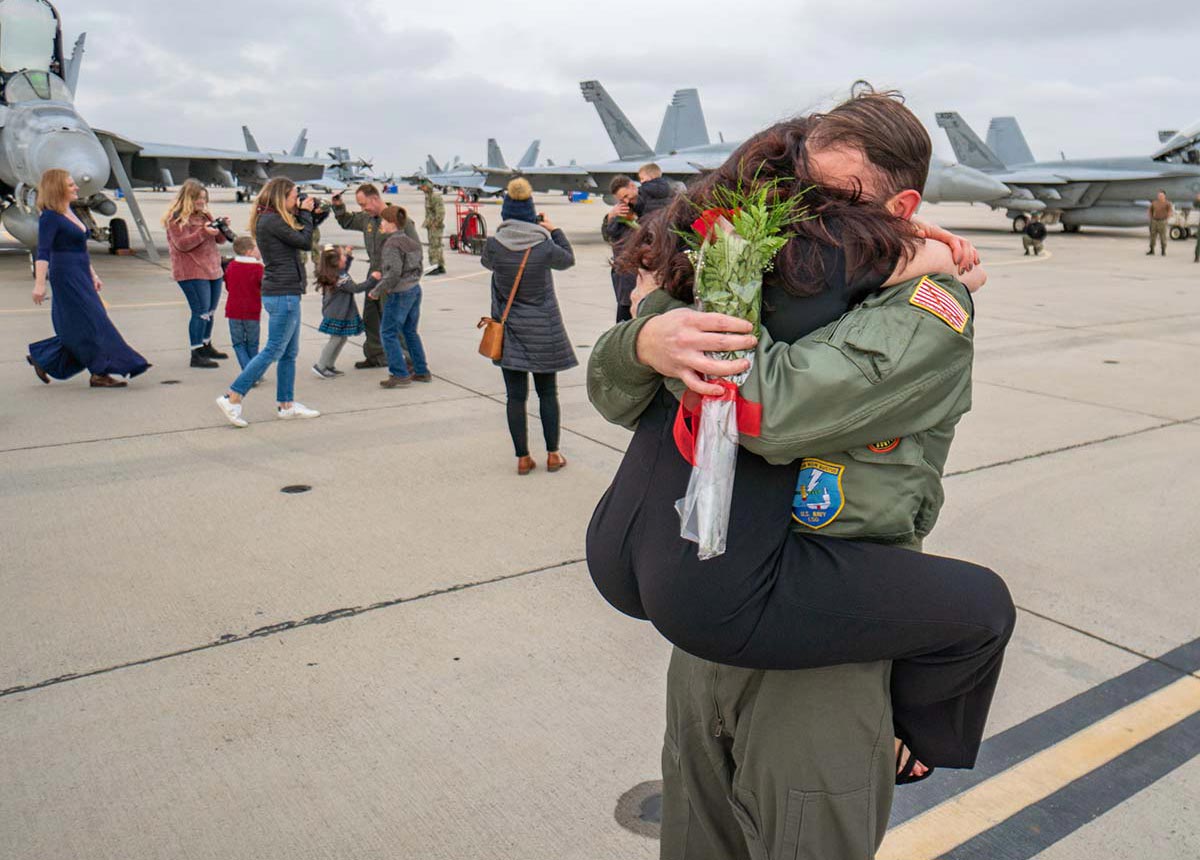 The Lemoore squadrons departed with the Lincoln on April 1 for what was scheduled to be a seven-month deployment. The carrier group arrived later in the month in the Mediterranean Sea, meeting up with another carrier group led by the U.S.S. John C. Stennis in a show of force intended as a check on Russian military expansion.
According to the Navy, the joint carrier group force involved more than 130 aircraft, 10 ships, and 9,000 sailors and Marines.
In May, the Lincoln was sent on to the Middle East to send what then-National Security Adviser John Bolton called “a clear and unmistakable message to the Iranian regime.” The deployment was extended several times beyond the originally planned November end date to keep the Lincoln’s forces in the volatile region.
“It was our job to hold the line there,” Dartez said.
The previous record-setting deployment was 290 days, also set by the Lincoln, in 2003.

With the squadrons now back at their home base, the Lemoore pilots will get some rest and their aircraft will undergo needed maintenance.
“These jets, they’ve carried the load pretty good for the last 10 months,” Dartez said. “So we’ve got to put some care back into these jets. We’re going to make sure that we do all the right stuff to pay these jets back, to keep them in good shape.
Meanwhile, Dartez, his wife, and three young children are planning to celebrate being together again for the first time in almost a year.
“Yeah, we’re going to take some time … and then head to Disneyland.”

MLK Jr.'s Legacy Inspires a Day of Service in Fresno