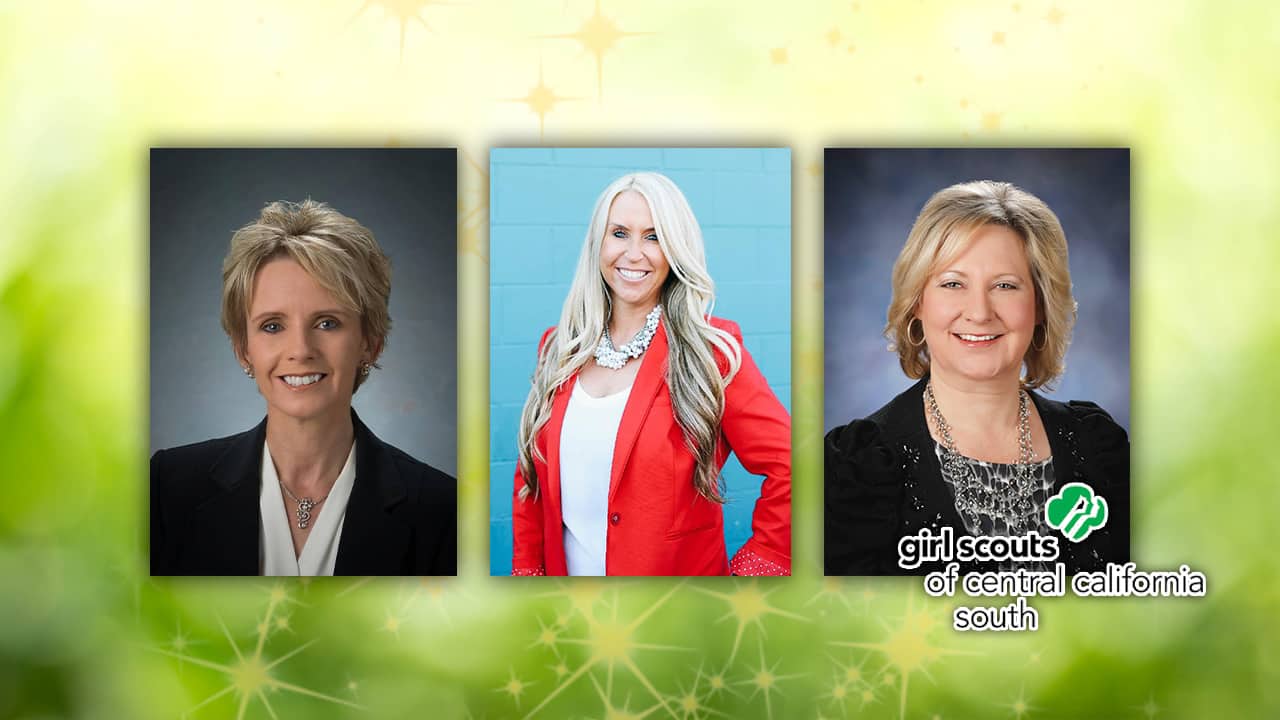 Three Fresno women who are making an impact in health care, education, and philanthropy will be honored at the Women Inspiring Girls Society Awards fundraiser hosted by the Girl Scouts of Central California South.

Witcher leads an organization that brought a 100-bed hospital to war-torn Afghanistan and is bringing a much-needed medical clinic to Mendota, O’Farrell is guiding the region’s future leaders, and Webster devotes her free time to nonprofit causes such as PINC — Philanthropy Inspired by the Needs of our Community — and the Leukemia & Lymphoma Society, Rodriguez said.
(Darius Assemi, publisher of GV Wire, is on the AMOR board of directors.)
Three older Scouts who have obtained their Gold Award — the highest award in Girl Scouts — will be the mistresses of ceremonies at the fundraiser and will shadow the three honorees, she said.
The Girl Scouts local council is seeking sponsors for the Women Inspiring Girls Society Awards dinner, with table sponsorships ranging from $1,500 to $10,000. Tickets also are available for $100 apiece and may be purchased through the website WIGSFresno20.givesmart.com, Rodriguez said. Donations can be made at the website, she said.
The awards dinner, now in its 11th year, is the council’s major annual fundraiser.

The council extends from Madera County south to Kern County and has about 13,000 members in the region. Of them, 5,200 are in the Connect program, which provides scholarships for first-year Scouts to help cover the costs of membership and uniforms.
“We just want to make sure that any girl who wants to be a Girl Scout has the opportunity to do so, no matter their economic standing,” Rodriguez said. “We take the program and run it through the after-school programs at different schools, so that way parents do not need to worry about transportation.”
Rodriguez said council officials hope to raise at least $50,000 through the awards dinner.

‘Days of God’: A Look at Iran’s Mounting Crisis