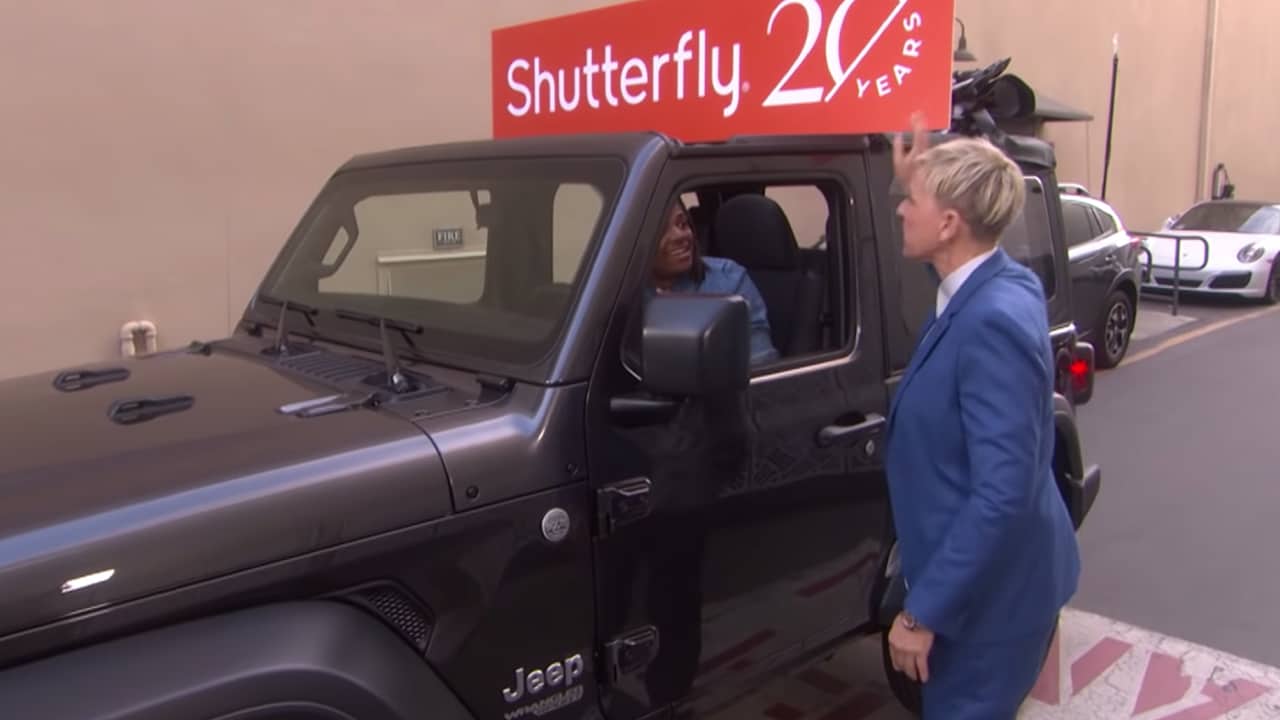 You can see Fresno State marching band cymbals sensation Travis Morris get more than he wished for on “The Ellen DeGeneres Show” at 4 p.m. today on CBS47.
Morris, a graduate of Clovis North High School, posted a tweet in November telling the show’s star that he could teach her “how to crash the cymbals.” He also asked to appear on her show.

Dear @TheEllenShow, can you get a valley boy on your show! Us Fresno Folk make big movies🔥🤣and I could teach you how to crash the cymbals🤷🏾‍♂️🔥FRESNO WHAT YA’LL THINK?! https://t.co/PTda8zDWwe

DeGeneres introduced Morris during Monday’s show by saying he was a cure for anyone suffering from “the Monday blues.” Upon hearing his name, Morris jumped out of his seat and bounded for the stage.
She asked him, “Did you choose cymbals or was there nothing left?”
“My first choice was cymbals,” Morris answered. “People ask me, ‘What did you get cut from?’
“I’m like, ‘nothing. Cymbals is me. That’s what I do. And they’re like, ‘really?’ ”

Morris Given a 2020 Jeep Wrangler

Later, in response to a question, Morris explained that somebody slashed the tires on his bicycle. As a result, he walks, bums rides, or uses the bus to get to school, work, and volunteer activities.
That’s when DeGeneres led him backstage and said, “This is what happens for nice people.” Then they went behind the studio.
Awaiting Morris: a 2020 Jeep Wrangler courtesy of Shutterfly.
“This is so cool,” Morris said, sitting behind the wheel.
Considering all the positive publicity Morris has brought Fresno State, perhaps the university should gift him a lifetime campus parking pass.

How Morris Landed the Appearance

Landing the booking likely was helped by the fact that Morris has become an internet sensation. A video of Morris playing “Hey Pachuco” has more than 314,000 views on Twitter alone.
Helping Morris gain nationwide exposure: The popular sports website Bleacher Report posted the video with the caption “His energy is unmatched” 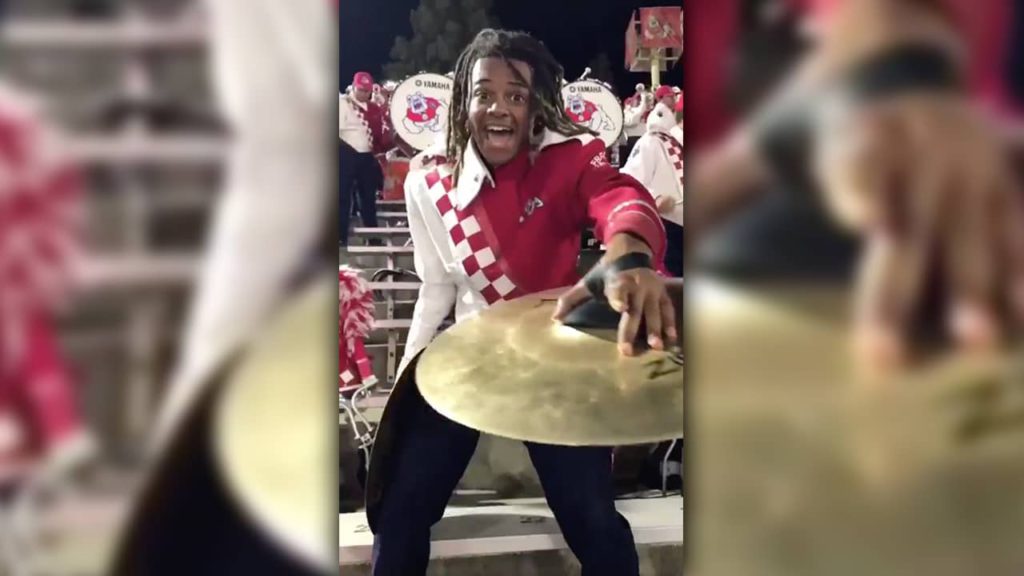 ‘The Hype Man of the Valley’

Morris bills himself as “the hype man of the Valley” on social media — a title he says was bestowed on him by friends and Fresno State football fans.
“I live for performing and doing it for the Fresno State Bulldog Marching Band just makes me happy,” Morris told ABC30 in November. “I’m blessed to represent Fresno.”