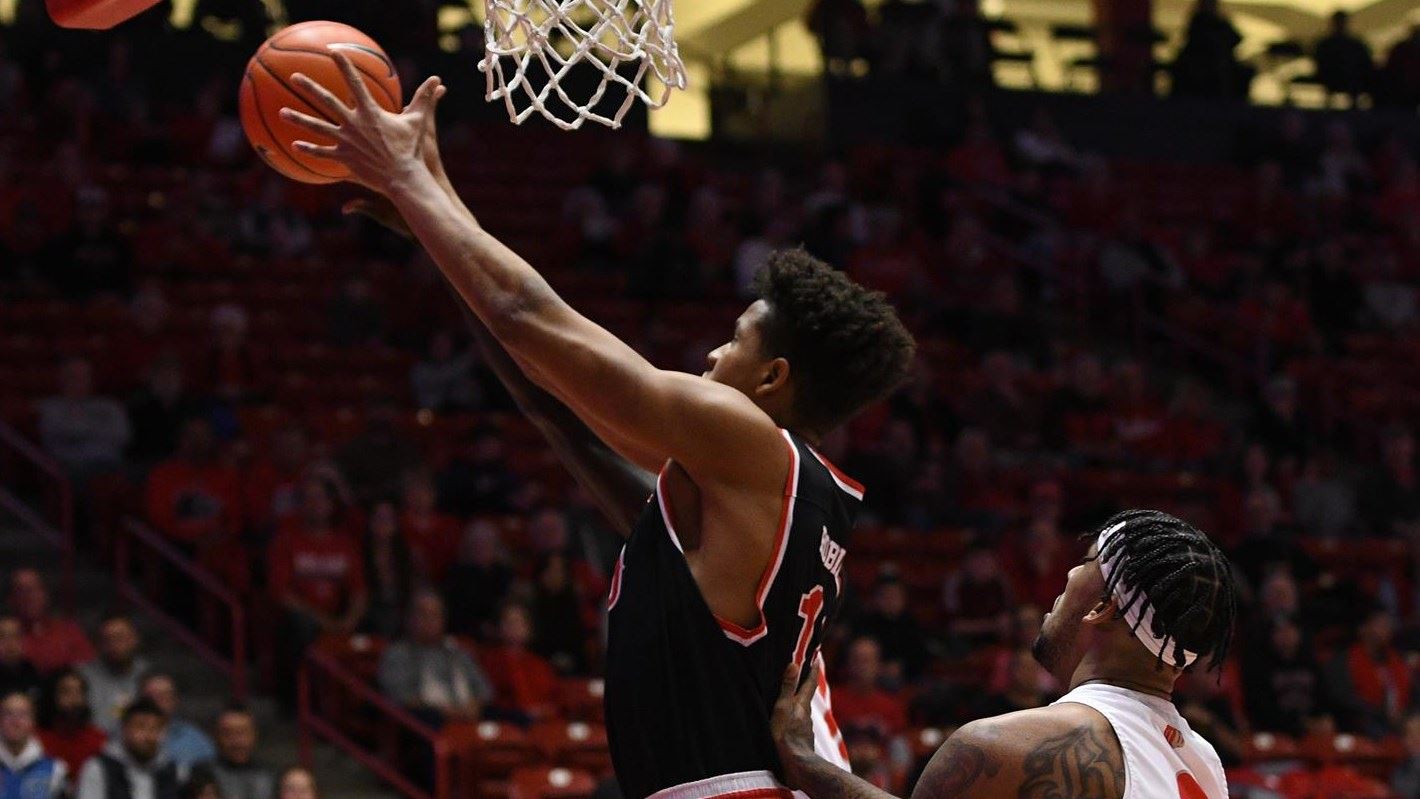 Listen to this article:
The Bulldogs turned 19 offensive rebounds into 21 second-chance points and out-rebounded the Cowboys, 44-30, overall. With the victory, Fresno State improved to 2-5 in the Mountain West and 6-12 overall.
Senior forward Nate Grimes, with 12 rebounds, and freshman guard Anthony Holland, with eight rebounds, anchored the Bulldogs’ inside domination.
Fresno State held Wyoming scoreless for more than 11 minutes in the middle of the contest.

Holland also hounded Cowboys’ star Hunter Maldonado and limited him to just seven points. It was the first time this season Maldonado failed to reach double figures. Maldonado entered the game averaging 17.9 points.
“Anthony is a competitor and he believes in himself,” said Bulldogs coach Justin Hutson. “He fought, and it was a good team effort on helping, too. There were a couple of times where we switched out on (Maldonado) and guys did a great job on him, too.”

Freshman forward Orlando Robinson powered the Bulldogs offense with 19 points. He added five rebounds, three steals, two assists, and two blocks in a stellar all-around game.
Jake Hendricks and Kwane Marble each had 12 points for Wyoming (5-15, 0-8 MW).
Asked if the Bulldogs were close to jelling, Grimes replied: “No telling, because this team is very unpredictable, but I feel like we’re getting there. We’ll be there soon.”

After playing at an elevation of 7,165 feet Saturday, the Bulldogs get another high-altitude assignment (5,003 feet) Wednesday at Colorado State (13-7, 4-3).
The Rams won, 78-65, at Air Force on Saturday to stretch their conference winning streak to four straight. Freshman guard Isaiah Stevens leads the Rams in scoring (13.0 per game) and assists (4.5). Colorado State has won 7 of 10 home games this season.