Starbucks, Home of the $4 Latte, Is Moving Into Poor Areas 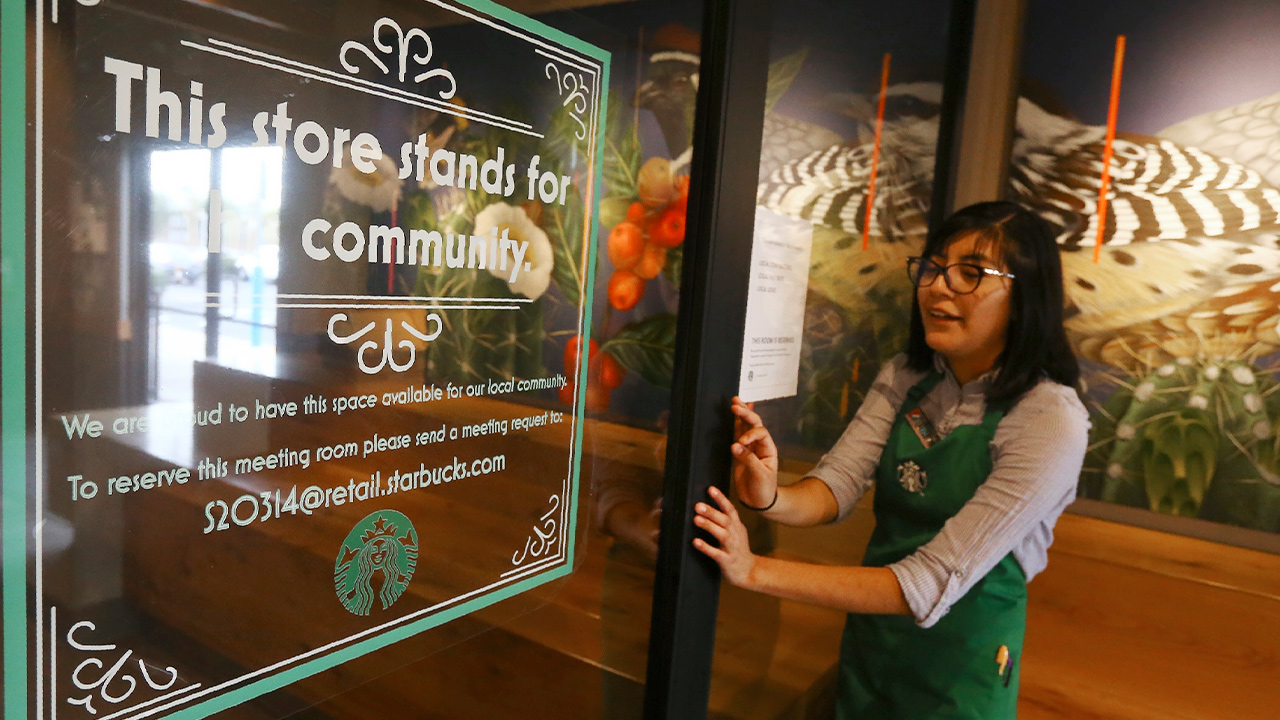 DETROIT — Starbucks has a point to prove: There’s more to the company than selling $4 lattes to rich people.

Prices Vary, but Not by Much

The project could help the company overcome lingering mistrust in some communities after the furor that erupted in 2018 when two black men waiting to meet someone in a Philadelphia Starbucks were arrested for not ordering anything. Starbucks mandated racial bias training at its 8,000 company-owned stores in response to that incident.
Kelly said the stores reflect Starbucks’ core belief in responsible capitalism. The coffee shops are profitable, he said, and have the same menu as regular Starbucks stores.
Prices vary, but not by much. A grande coconut milk latte in Ferguson costs $4.95, according to Starbucks’ app. Six miles away, a Starbucks in University City charges $5.25 for the same drink. In Jonesboro, a grande coffee is $2.25. It’s $2.45 at a Starbucks in downtown Atlanta.
“This is not charity. These are successful stores,” Kelly said, acknowledging neighbors’ skepticism. “We’re defying a lot of the stereotypes and we’re proud to do so.”
The Starbucks in Jonesboro lies on a busy road with strip malls and numerous chain restaurants. Business was brisk on Thursday afternoon, with a dozen or so customers inside and a steady stream of cars at the drive-thru.
A man who was walking by the store and gave his name as Leroy Z said he is glad Starbucks is giving locals another choice for coffee beyond the fast-food restaurants in town. But he was skeptical about how much Starbucks cares about the community and how much the store will bolster the local economy.
“They wouldn’t be here if they didn’t think they could make money,” he said. “They’re here because this is a main drag to Atlanta.”
In the Englewood neighborhood on Chicago’s South Side, Starbucks opened a community store in 2016; a Whole Foods opened nearby the following year. But across the busy intersection is an old, abandoned building. In this Wednesday, Jan. 15, 2020, photo, Belith Ariza, a barista trainer at Starbucks, does some prep work at a barista training station in the community meeting space at a local Starbucks Community Store, in Phoenix. (AP Photo/Ross D. Franklin)

One Starbucks Store Won’t Cause a Neighborhood to Gentrify

Englewood resident Princess Thomas, 60, frequents Kusanya Cafe, a neighborhood nonprofit coffee shop. When it’s closed, she goes to the Starbucks a mile away. This Wednesday, Jan. 15, 2020, photo, shows a Starbucks Community Store, which offers customers the usual Starbucks products along with a large space for community meetings and programs, in Phoenix. The Seattle-based company plans to open or remodel 85 stores by 2025 in rural and urban communities across the U.S. That will bring to 100 the total number of community stores Starbucks has opened since it announced the program in 2015. (AP Photo/Ross D. Franklin)

The Company Will Consider Various Factors

The program is unusual for a big chain. Starbucks has one advantage: Unlike McDonald’s, which relies on franchisees, Starbucks owns its standalone U.S. stores and can open them wherever it wants to.
Panera Bread opened a few pay-what-you-can cafes starting in 2010, but all have closed. They weren’t profitable.
Starbucks said most of the 85 shops will be new, while some will be existing stores that have been remodeled. The company will consider various factors, including youth unemployment rates and low household income, in deciding where to build them, and will give priority to economically distressed areas.
In New Orleans on Thursday, around 20 people were eating, drinking and working on computers at the Starbucks community store, which sits near a vacant clothing shop. A sign behind the counter read, “This store stands for this community” and “Local contractors / Local partners / Local love.”
Starbucks already offers tuition-free online college courses to employees and gives grants to those who come up with ideas for helping their communities. In 1998, it worked with former NBA star Magic Johnson to open stores in urban neighborhoods, but some struggled and closed. Starbucks said it learned from the experience.
Thomas Shinick, a business professor at Adelphi University in Garden City, New York, said he would rather see manufacturing companies or trade schools setting up shop in distressed areas so young people could learn skills beyond the service industry.
“We don’t need more coffee servers,” he said.