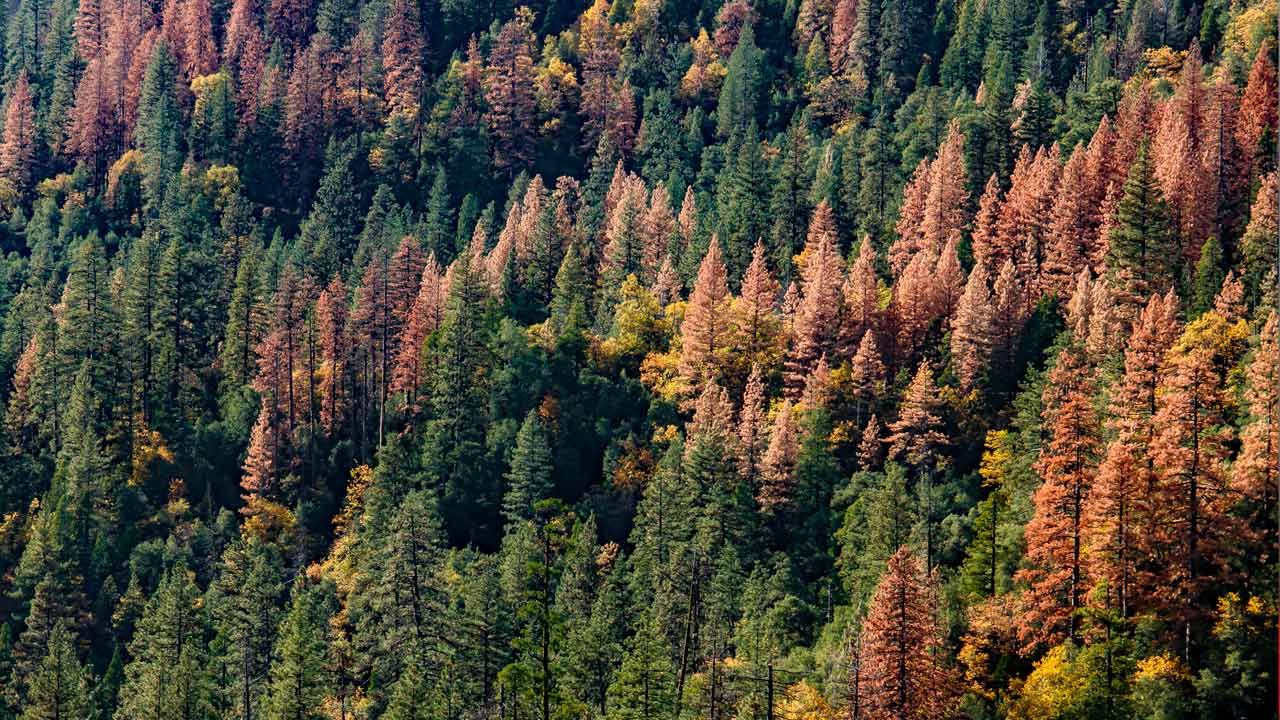 When the Navy brought me to California in 1990, I immediately fell in love with the beauty of the backcountry and the trees of San Diego County. In fact, the majesty of sugar pines 6 foot in diameter, the enormous white fir, the incense cedar, Jeffrey pines and Ponderosa inspired me to become a botanist.
During the winter of 2001-2002, rain never came to San Diego. The scrub and chaparral stayed grey for 18 months and by 2003 all of the large pines and firs on Middle Peak were dead.  That fall, the Cedar Fire took everything that remained.
Those dead sugar pines were each older than 300 years. Combine this with an invasive beetle from northern Mexico that took almost all of the mature black oak, and leaving Southern California wasn’t that difficult. My family relocated to the Central Valley not too long ago, where we find many of the same trees nearby in the Sierra. In the winter of 2015, Central California experienced what Southern California went through in 2002. East of Fresno, I see a familiar pattern. I’ve talked to many locals who are very upset about the death of the large trees in the Sierras.
Some people think it’s just natural variation, or that poor forest management and government regulation are to blame. Perhaps you solely blame the native pine beetle. As an ecologist, I see all of these as contributing factors. Reducing the cause to drought alone is patently unfair. If a crown fire decimates the forests to our east, it will be because of warmer nights, warmer winters, and a burdensome regulatory policy, as well as a very severe drought.
When I was a graduate student, I helped teach a biostatistics lab to undergraduates. Students were required to analyze local rainfall and temperature data. From this they had to piece together narratives and decide whether the patterns they observed were due to climate change or just to natural variation.
Those who believed in the climate change narrative used a seemingly bottomless supply of scientific journal articles to back up their conclusions. Those who did not agree that climate change was an issue used the Petroleum Institute website to back up their conclusions. During the two years I was teaching that lab, these citation patterns did not change. There was an endless supply of citations surrounding evidence of a changing climate, and there was nothing, save oil lobby, on the other side of the argument.

Reckless to Base Views on a Hunch

Climatologists have modeled the climate for decades. To say that climate scientists are wrong, because of a hunch, or because a radio personality says it is so, is reckless.  The carbon cycle is becoming broken as I write this. The arctic, for instance, is quickly becoming a vast CO2 and methane source. Once that tipping point is past salvaging, there will be little that can be done to reverse things.

Patrick McConnell is an environmental consultant residing in Fresno with his wife and son.  He holds a BS and an MS in Biology from San Diego State University.  He loves to identify plants, and also enjoys good music and gardening.