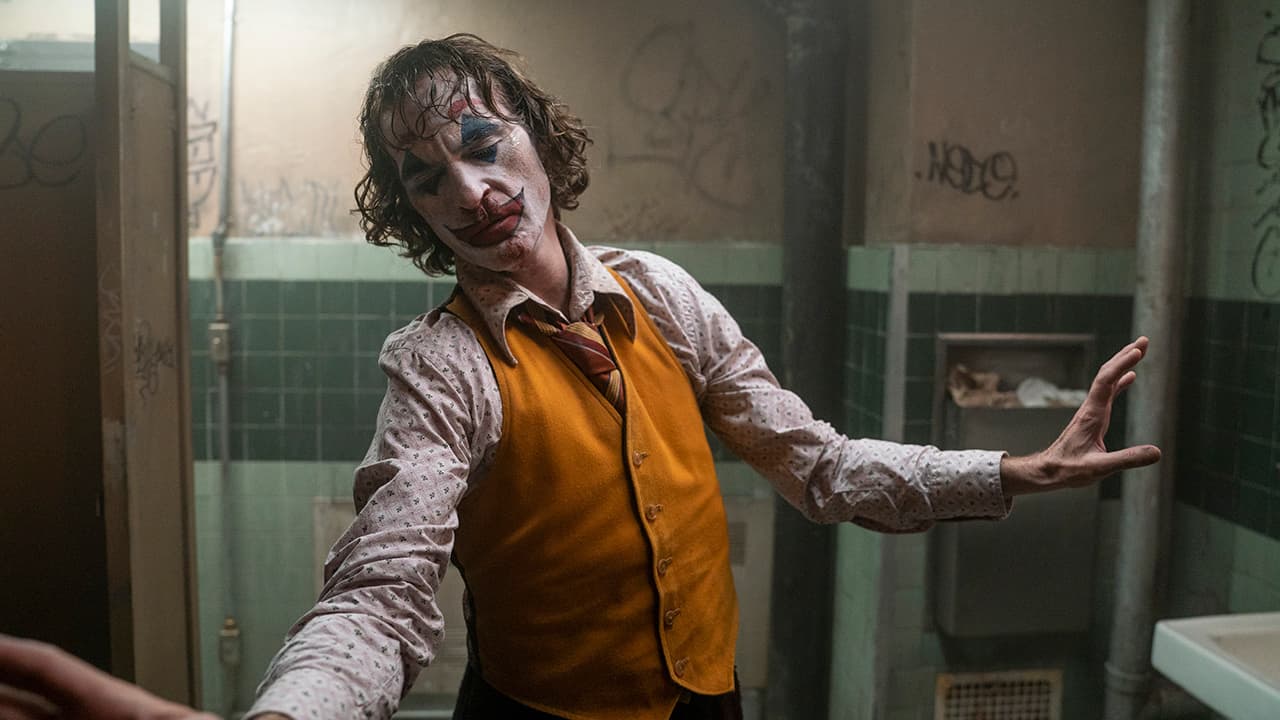 Female filmmakers were shut out, “Parasite” made history and “The Joker” just edged out “The Irishman,” “1917” and “Once Upon a Time … in Hollywood” in Monday’s Oscar nominations.
Todd Phillips’ R-rated superhero smash “Joker” topped all films with 11 nominations, while Martin Scorsese’s elegiac crime epic “The Irishman,” Quentin Tarantino’s 1960s Los Angeles fairy tale “Once Upon a Time … in Hollywood” and Sam Mendes’ continuous World War I tale “1917” all trailed close behind with 10 nods apiece.
Those four were among the nine films nominated for best picture, in nominations to the 92nd Academy Awards. The others were: Greta Gerwig’s Louisa May Alcott adaptation “Little Women,” Noah Baumbach’s divorce drama “Marriage Story,” Taika Waititi’s Nazi Germany romp “Jojo Rabbit,” James Mangold’s racing drama “Ford v Ferrari” and Bong Joon Ho’s class satire “Parasite” — the first Korean film to nominated and only the 11th non-English best-picture nominee.
While “Joker,” which gives the DC Comics villain an antihero spin cribbed from Scorsese, was expected to do well Monday, the academy’s overwhelming support for a movie that was far from a critical favorite was unexpected. The film’s nominations included best actor for Joaquin Phoenix and best director for Phillips.
Though a record 62 women (or about a third of nominees) were nominated Monday, the Academy of Motion Pictures Arts and Sciences put the most weight behind a handful of swaggering male-driven and man-made movies predicated on virtuosity, spectacle and celebrity. For the 87th time, the directors category was all male. This image released by Netflix shows, from left, Robert De Niro, Al Pacino and Ray Romano in a scene from “The Irishman.” On Monday, Jan. 13 Pacino was nominated for an Oscar for best supporting actor for his role in the film. (Netflix via AP)

Female Directors Were Again Shut out of Best Director

Hollywood, in the midst of a streaming upheaval, also gave Netflix more nominations, 24, than ever before. The 10 nominations for “The Irishman” tied the most for a Netflix film, following “Roma” last year. Scorsese, a one-time winner for “The Departed,” was nominated for best director for the ninth time. The film also won nods for Al Pacino, Joe Pesci and its de-aging special effects. “We put all of ourselves into this picture,” said Scorsese in a statement. This image released by Sony Pictures shows Leonardo DiCaprio, left, and Brad Pitt in a scene from “Once Upon a Time in Hollywood.” On Monday, Jan. 13, the film was nominated for an Oscar for best picture. (Andrew Cooper/Sony via AP)

Those Oversights Left the Oscars With Their Least Diverse Field

There were many surprises. Awkwafina, who was poised to become just the second Asian American nominated for best actress (the first, 1936 nominee Merle Oberon, hid her South Asian heritage), wasn’t nominated for her acclaimed leading performance in “The Farewell.” Also overlooked for best animated film was “Frozen 2,” the highest grossing animated film ever; Beyonce, for her “Lion King” song; and the hit documentary “Apollo 11.”
Most glaringly, Jennifer Lopez, long considered a supporting actress front-runner for her performance in “Hustlers,” was also denied her first Oscar nomination.
Those oversights left the Oscars with their least diverse field since the fallout of #OscarsSoWhite pushed the film academy to diversify its membership. The only actor of color nominated was Cynthia Erivo, the British actress, for her Harriet Tubman in “Harriet.” Last week, the British film academy nominated only white performers, leading Erivo to decline an invitation to perform.
Bong Joon Ho’s “Parasite,” however, made history for South Korea. It’s not only the first Korean film to be nominated for best international film but it became just the 11th non-English movie nominated for best picture. “Parasite,” which won the Palme d’Or at last year’s Cannes Film Festival, also won nods for Bong’s direction, best editing and best production design.
No filmmaking couple has had an Oscar nominations morning quite like Gerwig and Noah Baumbach, director of the divorce drama “Marriage Story.” Their movies were each nominated for best picture, best screenplay (adapted for Gerwig; original for Baumbach) and six nominations in total.

Tom Hanks Received His First Oscar Nomination Since ‘Cast Away’


Nominations for “Marriage Story” included nods for its leads, Adam Driver and Scarlett Johansson, and Laura Dern for best supporting actress. Johansson, also nominated for her supporting turn in “Jo Jo Rabbit,” became the first two-time acting nominee since Cate Blanchett managed the feat in 2007.
Also nominated for best actress was Renée Zellweger, considered the front-runner for her Judy Garland in “Judy,” Charlize Theron (“Bombshell”) and Soairse Ronan (“Little Women”). Just 25 years old, Ronan now has four Oscar nominations.
Joining Driver, DiCaprio and Phoenix for best actor were Antonio Banderas, who plays a semi-fictionalized version of director Pedro Almodovar in “Pain and Glory”; and Jonathan Pryce, who stars as Pope Francis in “The Two Popes.”
Tom Hanks received his first Oscar nomination since “Cast Away” 19 years ago for his Mister Rogers in “A Beautiful Day in the Neighborhood.” But Pitt is the overwhelming favorite among the supporting actor nominees. Joining Pacino and Pesci was Pryce’s papal co-star, Anthony Hopkins.
Along with Dern and Johnson, the nominees for best supporting actress were Kathy Bates (“Richard Jewell”), Florence Pugh (“Little Women”) and Margot Robbie (“Bombshell”).
“American Factory,” the first film from Barack and Michelle Obama’s recently launched production company, Higher Ground, was nominated for best documentary. Said Obama: “It’s the kind of story we don’t see often enough and it’s exactly what Michelle and I hope to achieve with Higher Ground.” This image released by Netflix shows Scarlett Johansson, left, and Adam Driver in “Marriage Story.” Nominations to the 92nd Academy Awards will be announced on Monday, Jan. 13. (Netflix via AP)

“Honeyland,” about a bee keeper in rural Macedonia, became the first film ever nominated for both best documentary and best international film.
Also up for best documentary are: “For Sama,” “The Edge of Democracy” and the Syrian Civil War film “The Cave.” Feras Fayyad, director of “The Cave,” was nominated in 2018 for his “Last Men in Aleppo” but was unable to attend the Oscars when his visa was rejected because of President Donald Trump’s travel ban.
The other nominees for best international film were “Pain and Glory” from Spain, “Les Miserables” from France and “Corpus Christi” from Poland.
The nominees for best animated feature film: “How to Train a Dragon: The Hidden World”; “Toy Story 4”; “I Lost My Body”; “Klaus”; “Missing Link.”
After the most dominant box-office year in Hollywood history, the Walt Disney Co.’s top films — including the record-setting Marvel blockbuster “Avengers: Endgame” — were largely relegated to categories like best visual effects. The studio, which has never won a best picture Academy Award, does have a few contenders via its acquisition in April of 20th Century Fox: best-picture nominees “Ford v Ferrari” and “Jojo Rabbit.”
The 92nd Academy Awards will take place Feb. 9 in Los Angeles at the Dolby Theatre. ABC will again broadcast the show, viewership for which last year rose 12% to 29.6 million. Like last year, this year’s ceremony will go without a host.