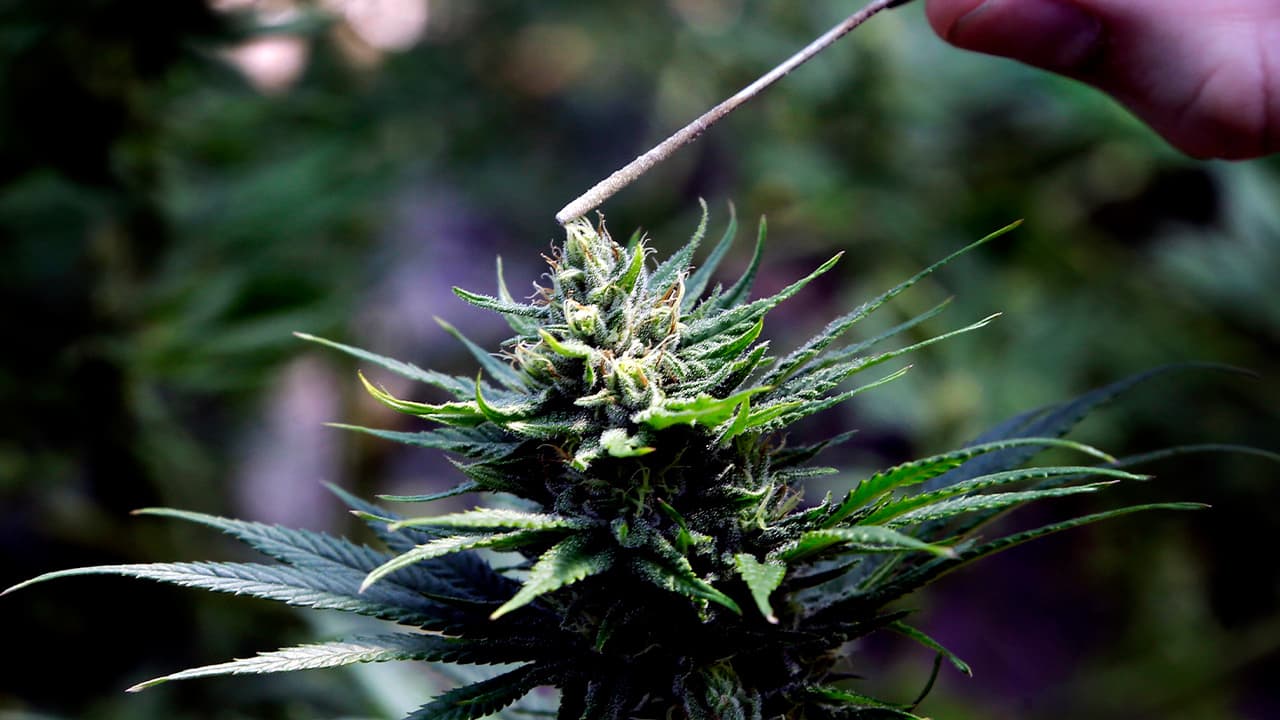 PORTLAND, Ore. — Hemp growers and entrepreneurs who were joyous a year ago after U.S. lawmakers reclassified the plant as a legal agricultural crop now are worried their businesses could be crippled if federal policymakers move ahead with draft regulations. In this Dec. 17, 2019, photo, Sarah Sall, an employee of The Brothers Apothecary, makes teabags filled with hemp and other botanicals at the company warehouse in Portland, Ore. The co-owner of the tea company is concerned that interim hemp farming rules put out by the U.S. Department of Agriculture will destroy his supply chain of hemp and hurt the rapidly growing hemp industry. (AP Photo/Gillian Flaccus)

Many Have Credited CBD With Helping Ease Pain


Related Story: With OK from Congress, US Hemp Market Set to Boom

Most of the anxiety involves how the federal government plans to test for THC, the high-inducing compound found in marijuana and hemp, both cannabis plants. The federal government and most states consider plants with tiny amounts — 0.3% or less — to be hemp. Anything above that is marijuana and illegal under federal law.
Yet another cannabis compound has fueled the explosion in hemp cultivation. Cannabidiol, or CBD, is marketed as a health and wellness aid and infused in everything from food and drinks to lotions, toothpaste and pet treats.
Many have credited CBD with helping ease pain, increase sleep and reduce anxiety. But scientists caution not enough is known about its health effects, and the U.S. Food and Drug Administration last year targeted nearly two dozen companies for making CBD health claims.
Still, the CBD market is increasing at a triple-digit rate and could have $20 billion in sales by 2024, according to a recent study by BDS Analytics, a marketing analysis firm that tracks cannabis industry trends.
About 80% of the 18,000 farmers licensed for hemp cultivation are in the CBD market, said Eric Steenstra, president of the advocacy group Vote Hemp. The remaining 20% grow hemp for its fiber, used in everything from fabric to construction materials, or its grain, which is added to health foods.

Many Permit More Harvesting Time for Growers After THC Testing

But hemp is a notoriously fickle crop. Conditions such as sunlight, moisture and soil composition determine its ratio of THC to CBD. Choosing the right harvesting window is critical to ensuring it stays within acceptable THC levels.
Under the draft USDA rules, farmers have no wiggle room. They must harvest within 15 days of testing their crop for THC, and the samples must be sent to a lab certified by the U.S. Drug Enforcement Administration. Samples must be from the top of the plant, where THC levels are highest, and the final measurement must include not just THC, but also THCA, a nonpsychoactive component.
Crops that test above 0.3% for the two combined must be destroyed. Growers with crops above 0.5% would be considered in “negligent violation,” and those with repeated violations could be suspended from farming hemp.
In addition, a pilot program for federal crop insurance that would be available to hemp growers in some states specifies that crops lost because of high THC levels won’t be covered.
Those provisions are causing alarm among growers and states with pilot hemp programs allowed under the 2014 Farm Bill. Some states allow THC levels above 0.3%, and not all include THCA in that calculation. Many permit more harvesting time for growers after THC testing.
Farmers are lobbying for a 1% THC limit and a 30-day harvest window to give them more flexibility while remaining well under THC levels that can get people high.
The draft regulations don’t “seem to be informed by the reality of the crop,” said Jesse Richardson, who with his brother sells CBD-infused teas and capsules under the brand The Brothers Apothecary. FILE – In this April 23, 2018, file photo, Trevor Eubanks, plant manager for Big Top Farms, readies a field for another hemp crop near Sisters, Ore. Draft rules released by the U.S. Department of Agriculture for a new and booming agricultural hemp industry have alarmed farmers, processors and retailers across the country, who say the provisions will be crippling if they are not significantly overhauled before they become final. (AP Photo/Don Ryan, File)

Concerns Also Have Emerged About the Workload

“If no one can produce (federally) compliant hemp flower, then there will be no CBD oil on the market.”