Ahead of Impeachment Trial, Trump Suggests Not Having It 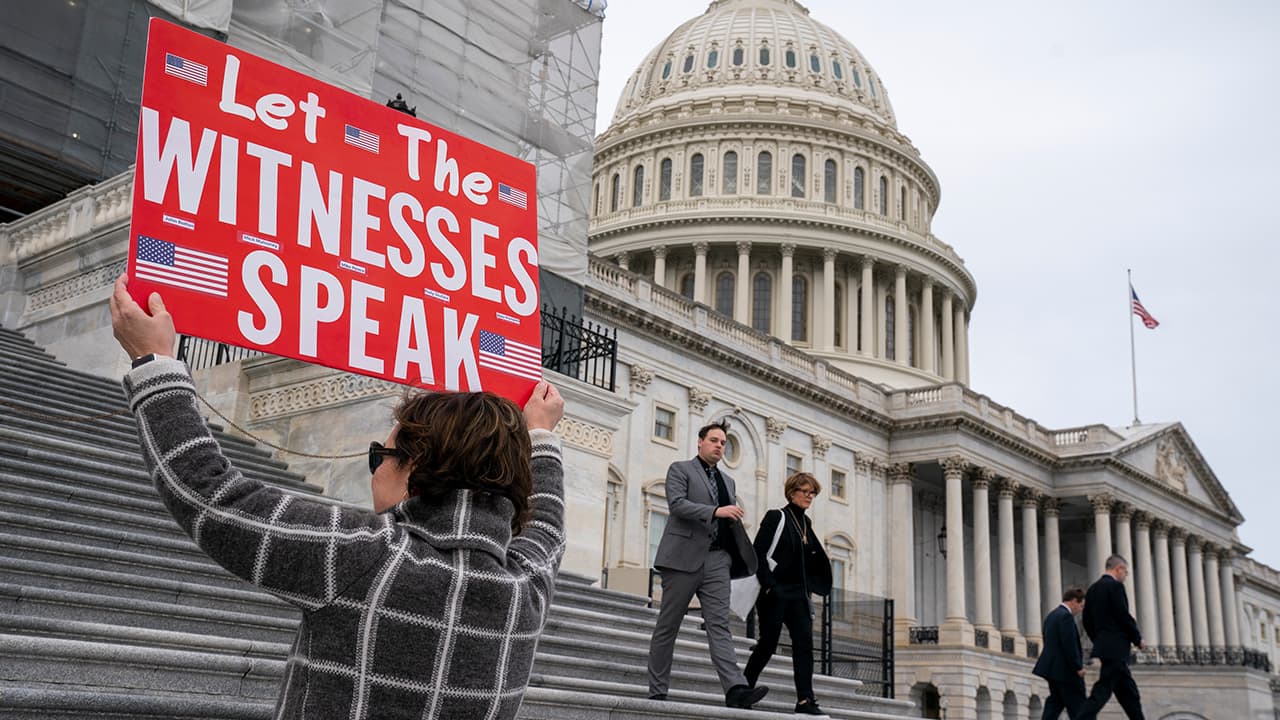 WASHINGTON — President Donald Trump says the Senate should simply dismiss the impeachment case against him, an extraordinary suggestion as the House prepares to transmit the charges to the chamber for the historic trial.

She said, “Now the ball is in their court to either do that or pay a price.”
Voters are divided over impeachment largely along the nation’s deeply partisan lines and the trial is becoming a high-stakes undertaking at the start of a presidential election year.

A House vote to transmit the articles to the Senate will bring to a close a standoff between Pelosi and McConnell over the rules for the trial. The House voted to impeach Trump last month.
Yet ending one showdown merely starts another across the Capitol as the parties try to set the terms of debate over high crimes and misdemeanors.
Democrats want new testimony, particularly from former White House national security adviser John Bolton, who has indicated he will defy Trump’s orders and appear if subpoenaed.
Trump doesn’t want his brash former aide to testify. Republican allies led by McConnell, R-Ky., are ready to deliver swift acquittal without new testimony.
Trump first said Sunday it’s Pelosi and House Intelligence Committee Chairman Adam Schiff who should both testify, which would be unlikely.
The president said he shouldn’t have to carry the “stigma” of impeachment because he’s done nothing wrong. Pelosi said the House vote last month means Trump will be “impeached forever” and “for life.” Speaker of the House Nancy Pelosi, D-Calif., arrives at the Capitol in Washington, Friday, Jan. 10, 2020. Pelosi hasn’t relayed the articles of impeachment to the Senate for trial three weeks since President Donald Trump was impeached on charges of abuse and obstruction. Last night, she led the Democrat-controlled House in passing a measure limiting Trump’s ability to take military action against Iran after he ordered the U.S. killing of a top Iranian general. (AP Photo/J. Scott Applewhite)

Some GOP Senators Want to Turn the Impeachment Trial Away

McConnell is reluctant to enter a divisive Senate debate over witnesses that could split his party and prolong a trial that is already expected to consume weeks of floor time.

Pelosi and Other Party Leaders Defended the Strategy

The Democratic-run House has not yet set the timing for this week’s vote to transmit the impeachment articles to the Senate. Pelosi will meet behind closed doors with House Democrats to decide next steps on Tuesday morning ahead of the party’s presidential primary debate that evening, the last before the Iowa caucuses Feb. 3.
Once the Republican-led Senate receives the charges, the trial is expected to begin swiftly.


Related Story: Warren: Reasonable to Ask if Trump's Iran Strike Is a Distraction From ...

While some Democrats have grumbled about the delay, Pelosi and other party leaders defended the strategy, saying it produced new potential evidence and turned public attention on the upcoming trial.
“One of the things that holding on to the articles has succeeded doing is fleshing out McConnell and the president’s desire to make this a cover up,” Schiff, D-Calif., said on CBS’ “Face the Nation.”
Bolton’s remarks, which were recalled by witnesses in the House investigation, could cut different ways in testimony. He was said to have compared the Ukraine actions to a “drug deal” he wanted no part of and warned that Giuliani was a “hand grenade” about to go off.
House Democrats, who did not issue a subpoena for Bolton last year, did not rule out doing so now. Pelosi also left open the door to filing more articles of impeachment against Trump.
“Let’s be optimistic about the future … a future that will not have Donald Trump in the White House, one way or another. Ten months from now we will have an election, if we don’t have him removed sooner,” she said.