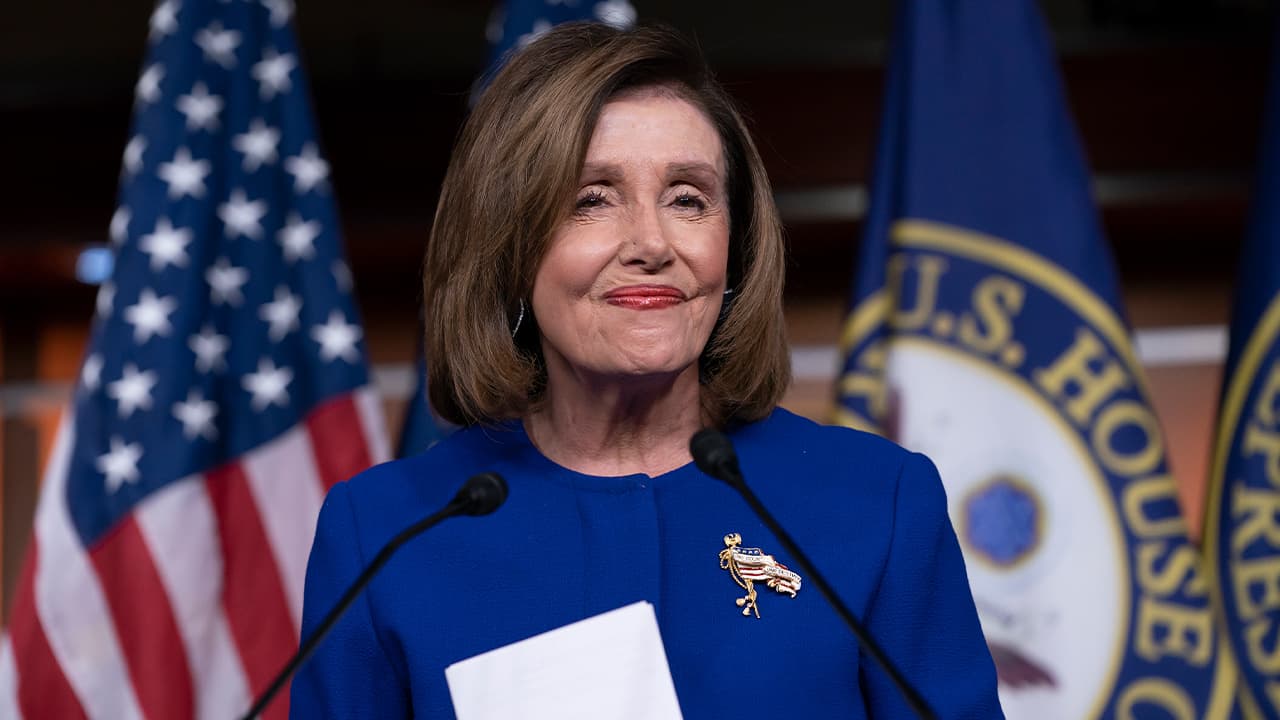 WASHINGTON — Democrats know they don’t have the votes to convict President Donald Trump when the Senate convenes as the Court of Impeachment. So they are pursuing the case in the court of public opinion.

It became a defining moment, one that stunned Washington, when Speaker Nancy Pelosi declined to immediately transmit the charges to the Senate after the House impeached Trump.
The abrupt move vexed the Republican president and his party, annoying some, angering others, and caused a political firestorm as the days turned to weeks. It’s now approaching a month.
While the delay is producing an avalanche of theories and strategies about the sudden impasse, it hasn’t much changed the widely expected final verdict: Trump’s acquittal of charges he abused power and obstructed Congress in pressuring Ukraine to investigate Joe Biden.
Yet in the lull, something else happened. New evidence and documents emerged, including emails showing more of the administration’s internal deliberations over Trump’s actions. Former White House national security adviser John Bolton announced he would be willing to appear, if a subpoena was sent.
Attention shifted from the airy Constitutional arguments for and against impeachment to the earthy details of how to conduct the rare Senate trial, only the third in the nation’s history.

Trump’s Impeachment Has Become a Serial Disruption to the Presidency

There’s nowhere near the 67 votes needed for conviction in the Senate, where Republicans with Majority Leader Mitch McConnell hold a slim 53-47 majority.


“Many things have been accomplished.” — Speaker of the House Nancy Pelosi
But a handful of Republican senators who will decide how things go are suddenly infused with new power, and clouded with political risk. Just 51 votes will set the rules. As McConnell works to hold them in line, Democrats will try to sway four GOP senators, particularly those up for re-election this year, to join in calling for a more witnesses and documents that McConnell is reluctant to allow.
Republican Sen. Susan Collins said she would be open to hearing new testimony. Alaska GOP Sen. Lisa Murkowski expressed discomfort with the leader’s close coordination with the White House. Utah Sen. Mitt Romney said he’d like Bolton to appear.
Rather than the swift Senate trial that was expected to have started by now, Trump’s impeachment has become a serial disruption to the presidency that is grinding into 2020.
“Many things have been accomplished,” Pelosi said Thursday.
The stated goal of Democrats is a public airing of the trial rules before Pelosi names House managers to present the case to the Senate. How much time will they be given? For how many days? Will there be more witnesses and testimony allowed?
Those are all answers McConnell will only provide when he is ready. Republicans Say the Public Is on Their Side

The ever tight-lipped Republican leader sees no reason to deviate much from the last time the Senate convened as an impeachment court for the historic undertaking, for Bill Clinton’s trial in 1999. He says he’ll show the details in due time.
“There will be no unfair new rulebook written solely for President Trump,” McConnell said Thursday. His plan is to start the trial and have the senators decide later if they want to hear more testimony. “I’ve said for months that this is our preferred route.”
But the longer the Pelosi-McConnell standoff drags on — itself a piece of history as the two legendary leaders refuse to budge over perhaps the most consequential role of Congress — so do the questions.
It hasn’t been a risk-free strategy for Democrats. The White House mocked Democrats with a video Thursday showing all the lawmakers who said impeachment was ‘’urgent,” only to now stall the proceedings. Lawmakers in both the House and Senate have publicly aired their exasperation with the delay, one embarrassingly backtracking the comments.
Republicans say the public is on their side as McConnell invoked Founding Father Alexander Hamilton to warn against “a procrastinated resolution of impeachments.” Thousands flocked to the first Trump rally of the year late Thursday in Toledo cheering him on with shouts of “USA!” They chuckled along as the president derided Pelosi.
In fact, polling throughout the impeachment proceedings has consistently shown the public closely divided over whether Trump should be impeached and removed from office.
A Monmouth University poll conducted in early December found that about 6 in 10 Americans said Democrats in Congress are more interested in bringing down Trump than pursuing the facts, while likewise about 6 in 10 said Republicans in Congress are more interested in defending Trump than pursuing the facts.

Pelosi Is Not About to Let Impeachment Go so Easily

Senate Democratic leader Chuck Schumer said McConnell is a “clever fellow” and understandably frustrated that his plan for swift acquittal has been stalled. But Pelosi has done “just the right thing.”