President Trump Talks to Nation on Iran: This Is the Transcript 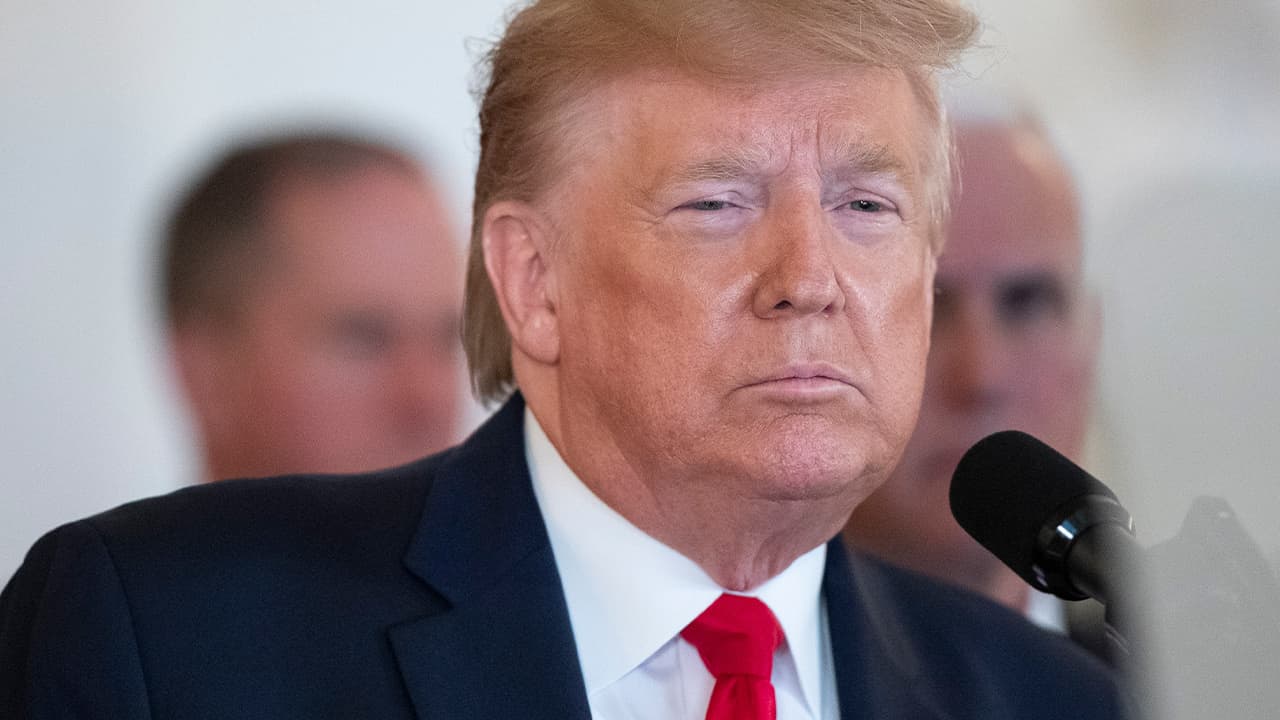 The following is a transcript of President Donald Trump’s remarks on Iran this morning after Iran’s ballistic missile strike on two airbases in Iraq that housed American and coalition forces:

Listen to this article:
“As long as I’m president of the United States, Iran will never be allowed to have a nuclear weapon.
“Good morning. I’m pleased to inform you the American people should be extremely grateful and happy. No Americans were harmed in last night’s attack by the Iranian regime. We suffered no casualties. All of our soldiers are safe and only minimal damage was sustained at our military bases.
“Our great American forces are prepared for anything. Iran appears to be standing down, which is a good thing for all parties concerned and a very good thing for the world.
“No American or Iraqi lives were lost because of the precautions taken, the dispersal of forces and an early warning system that worked very well. I salute the incredible skill and courage of America’s men and women in uniform.
“For far too long, all the way back to 1979 to be exact, nations have tolerated Iran’s destructive, destabilizing behavior in the Middle East and beyond. Those days are over.
“Iran has been the leading sponsor of terrorism and their pursuit of nuclear weapons threatens the civilized world. We will never let that happen.

“Last week, we took decisive action to stop a ruthless terrorist from threatening American lives. At my direction, the United States military eliminated the world’s top terrorist, Qassem Soleimani.
“As the head of the Quds force, Soleimani was personally responsible for some of the absolutely worst atrocities. He trained terrorists armies, including Hezbollah, launching terrorist strikes against civilian targets. He fueled bloody civil wars all across the region. He viciously wounded and murdered thousands of U.S. troops, including the planting of roadside bombs that maim and dismember their victims.
“Soleimani directed the recent attacks on U.S. personnel in Iraq that badly wounded four service members and killed one American. And he orchestrated the violent assault on the U.S. embassy in Baghdad. In recent days, he was planning new attacks on American targets, but we stopped him.
“Soleimani’s hands were drenched in both American and Iranian blood. He should have been terminated long ago. By removing Soleimani we have sent a powerful message to terrorists: if you value your own life, you will not threaten the lives of our people.
“As we continue to evaluate options in response to Iranian aggression, the United States will immediately impose additional punishing economic sanctions on the Iranian regime.
“These powerful sanctions will remain until Iran changes its behavior. In recent months alone, Iran has seized ships in international waters, fired an unprovoked strike on Saudi Arabia, and shot down two U.S. drones.
“Iran’s hostilities substantially increased after the foolish Iran nuclear deal was signed in 2013, and they were given 150 billion dollars, not to mention 1.8 billion dollars in cash.
“Instead of saying thank you to the United States, they chanted Death to America. In fact, they chanted Death to America the day the agreement was signed. Then Iran went on a terrorist spree funded by the money from the deal and created hell in Yemen, Syria, Lebanon, Afghanistan, and Iraq.
“The missiles fired last night at us and our allies were paid for with the funds made available by the last administration.
The regime also greatly tightened the reins on their own country. Even recently, killing 1,500 people at the many protests that are taking place all throughout Iran.
“The very defective (Joint Comprehensive Plan of Action) expires shortly anyway and gives Iran a clear and quick path to nuclear breakout.
“Iran must abandon its nuclear ambitions and end its support for terrorism. The time has come for the United Kingdom, Germany, France, Russia, and China to recognize this reality. They must now break away from the remnants of the Iran deal or JCPOA. And we must all work together toward making a deal with Iran that makes the world a safer and more peaceful place.
“We must also make a deal that allows Iran to thrive and prosper and take advantage of its enormous untapped potential. Iran can be a great country. Peace and stability cannot prevail in the Middle East as long as Iran continues to foment violence, unrest, hatred, and war. The civilized world must send a clear and unified message to the Iranian regime: your campaign of terror, murder, mayhem will not be tolerated any longer. It will not be allowed to go forward.
“Today, I am going to ask NATO to become much more involved in the Middle East process.
“Over the last three years under my leadership, our economy is stronger than ever before and America’s achieved energy independence. These historic accomplishment shades our strategic priorities. These are accomplishments that nobody thought were possible and options in the Middle East became available. We are now the number one producer of oil and natural gas anywhere in the world. We are independent and we do not need Middle East oil.
“The American military has been completely rebuilt under my administration at a cost of 2.5 trillion dollars. U.S. armed forces are stronger than ever before. Our missiles are big, powerful, accurate, lethal, and fast. Under construction are many hypersonic missiles.
“The fact that we have this great military and equipment, however, does not mean we have to use it. We do not want to use it. American strength both military and economic is the best deterrent.
“Three months ago, after destroying 100 percent of ISIS and its territorial caliphate, we killed the savage leader of ISIS, al-Baghdadi, who is responsible for so much death, including the mass beheadings of Christians, Muslims, and all who stood in his way. He was a monster. Al-Baghdadi was trying again to rebuild the ISIS caliphate and failed.
“Tens of thousands of ISIS fighters have been killed or captured during my administration. ISIS is a natural enemy of Iran. The destruction of ISIS is good for Iran. And we should work together on this and other shared priorities.
“Finally, to the people and leaders of Iran, we want you to have a future and a great future, one that you deserve, one of prosperity at home in harmony. With the nations of the world, the United States is ready to embrace peace with all who seek it.
“I want to thank you and God bless America.” 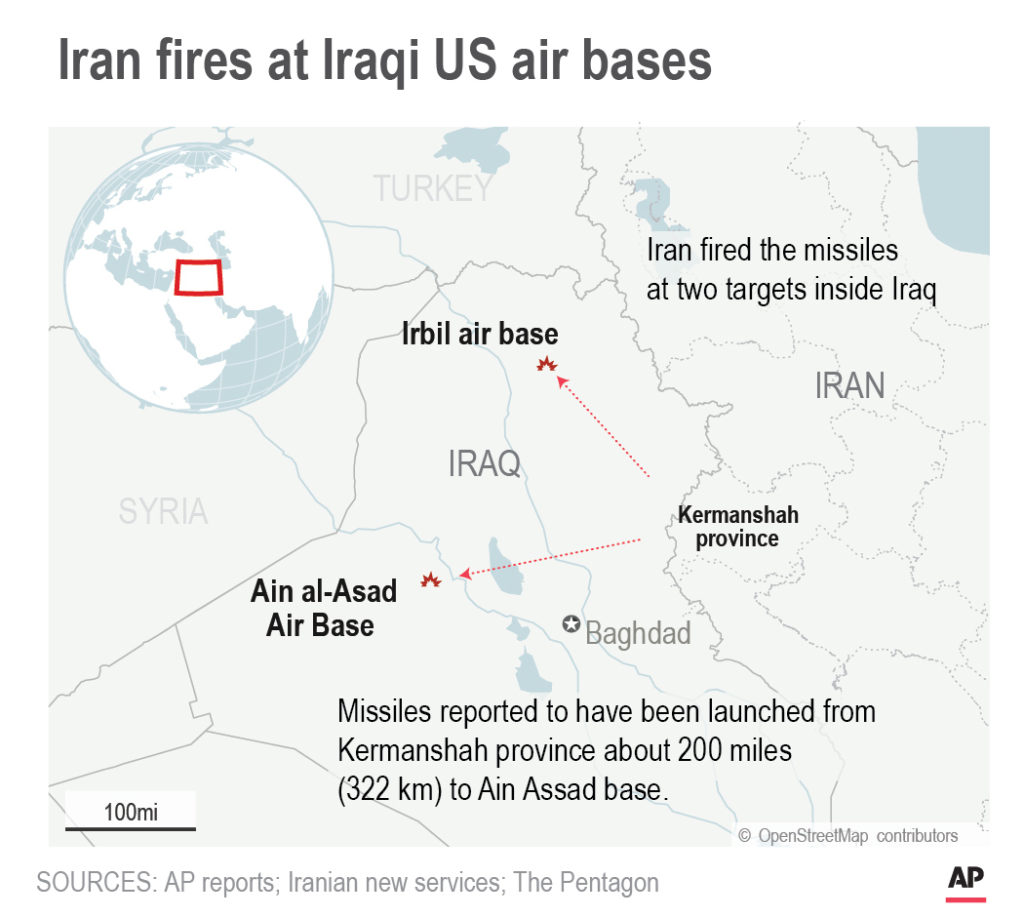 Prince Harry and Meghan to 'Step Back' as Senior UK Royals