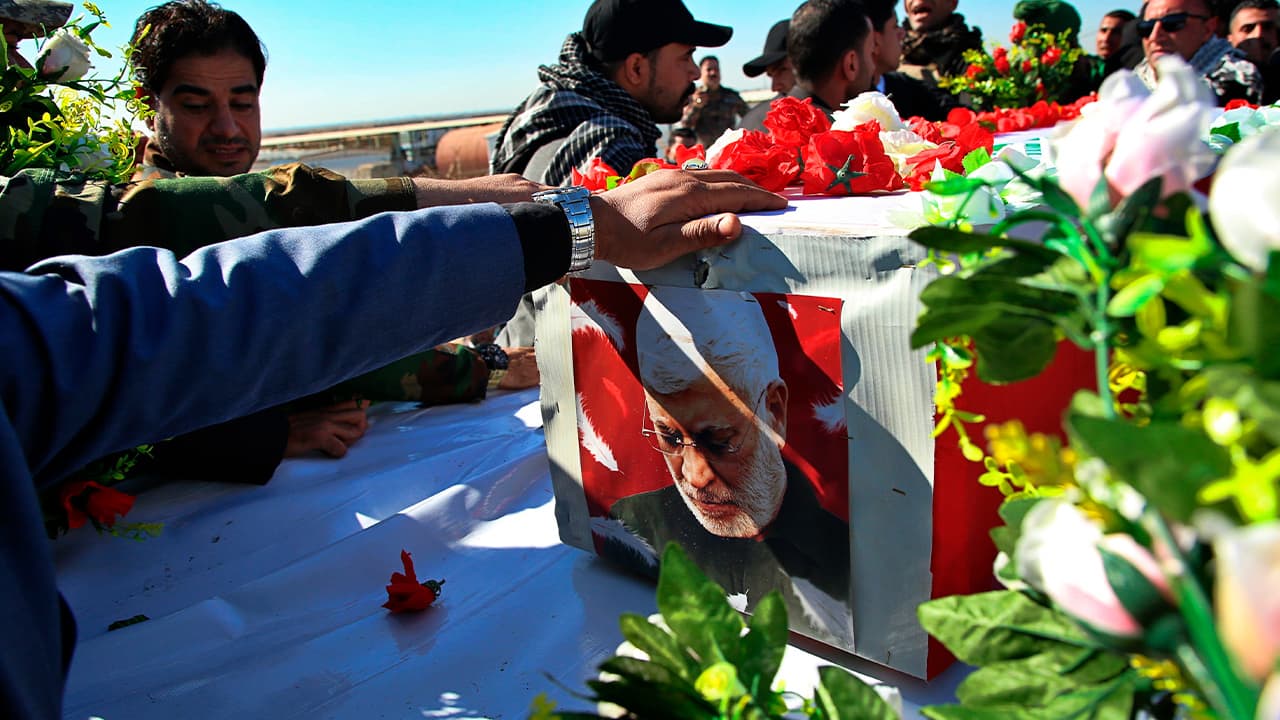 BAGHDAD — Iraq’s outgoing prime minister said Tuesday that the United States has no alternative and must pull its troops out of the country, or else face an impending crisis, as the remains of a senior Iraqi militia commander killed in a U.S. drone strike was brought to Iraq from Iran for burial.

U.S. troops are present in Iraq based on a request by the government in 2014, when vast swathes of the country were being overrun by the Islamic State group. But now that IS has been largely defeated, Abdul-Mahdi said, the mission has devolved into a U.S.-Iran proxy war.
Iraq was barely starting to recover from the devastating four-year war against IS when mass protests erupted in October against the country’s ruling elite, forcing Abdul-Mahdi to resign two months later. He hasn’t been replaced.
Referring to the fight against Islamic State extremists, he said: “Iraq did its part to fight in the war, and I see that any harm to Iraq will be harmful to all regional states and the whole world.”
Iraq’s parliament passed a non-binding resolution to request that the government expel foreign troops from the country on Sunday, in the wake of the U.S. airstrike. The vote was pushed by pro-Iran political factions but appeared to have the support of Shiite lawmakers from rival camps.
The session was boycotted by Kurdish and many Sunni lawmakers who opposed the decision or took issue with elements of the resolution.
Though the death of Soleimani is stoking broader regional tensions and fears of more violence, in Iraq, the killing of al-Muhandis drove a wedge between Iraq and the US. Officials in Baghdad consider the strike to be a violation of Iraqi sovereignty, as al-Muhandis, who was also the deputy head of the Popular Mobilization Forces, was assassinated on Iraqi soil without their approval or knowledge. Confusion Among Officials Over the US Intentions to Withdraw Militarily

The PMF is an umbrella group of mostly Shiite militias and a component of Iraq’s armed forces.

A letter from Brig. Gen. William H. Seely III to his Iraqi counterpart dated Monday had said the U.S.-led coalition would be “repositioning forces over the course of the coming days and weeks to prepare for onward movement.” Many media outlets initially reported that was formal notice that the U.S. was withdrawing forces on Iraqi soil.
U.S. Defense Secretary Mark Esper later clarified to reporters that there was no plans for American troops to leave Iraq. Gen. Mark Milley, chairman of the Joint Chiefs of Staff, said the letter had been “an honest mistake.”
Abdul-Mahdi responded that Iraqi authorities had thought the letter was legitimate when it was received, and were blindsided when U.S. officials said it was sent in error.
“After four to five hours it was said that the letter was wrong,” Abdul-Mahdi said. “The letter clearly indicates a withdrawal.”
“So in the future, what should we do if we get such a request? We should check if it is authentic or not? If we are late, then they will tell us that we are late,” he said.
The prime minister’s office had immediately sent the letter to the Iraq foreign minister and Iraq’s ambassador in Washington and other parties, Abdul-Mahdi said. An initial Arabic translation of the letter had contradicted the English version, he added, and another copy was then resent.
“We have to hold discussions in order to reach the best ways for a withdrawal,” he said.