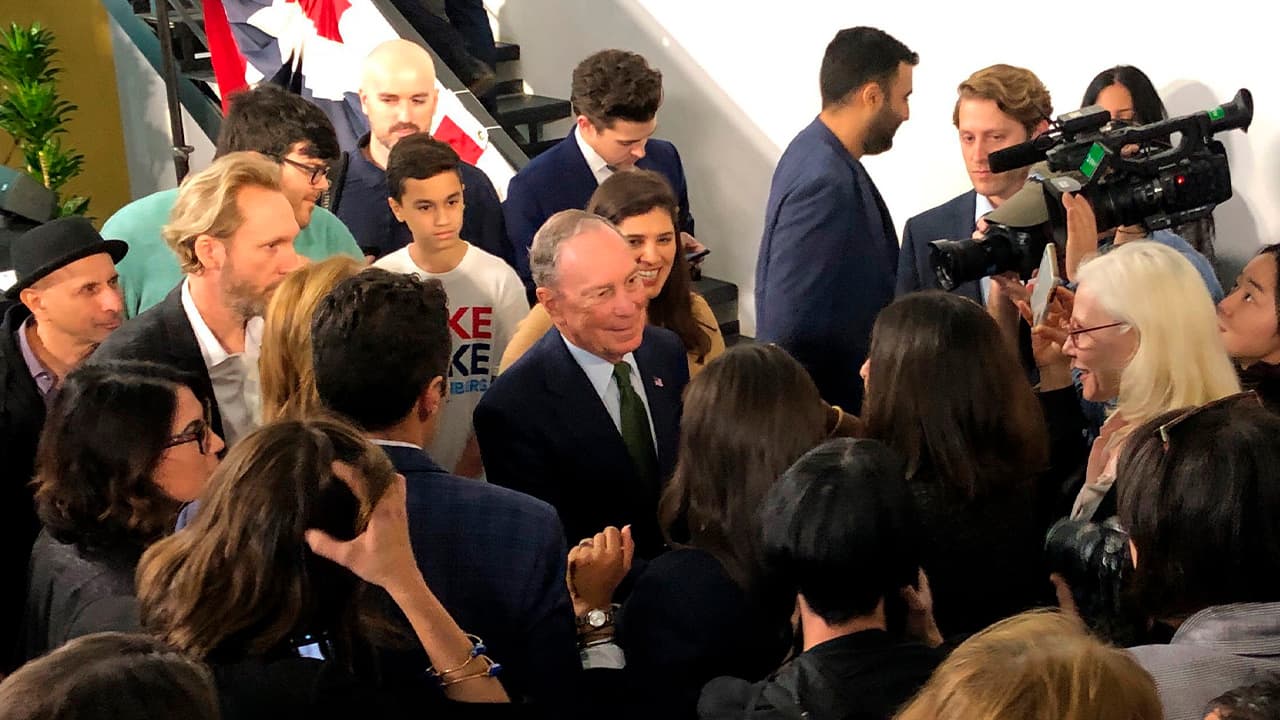 
“I think that California can serve as a great example for the rest of this country.” — Michael Bloomberg
The Democratic presidential candidate and former New York City mayor likes a lot of what he sees in the Golden State and thinks its efforts on climate change, gun control and criminal justice reform set a benchmark for other states to emulate.

“I think that California can serve as a great example for the rest of this country,” Bloomberg told supporters at the opening of his Los Angeles campaign office.
Yes, there are problems, including homelessness, struggling public schools and scarce, costly housing. But California “is something the rest of the country looks up to,” Bloomberg said. “California has been a leader in an awful lot of things.”
His comments marked a sharp departure from views of President Donald Trump, whose administration has been in a long-running feud with the nation’s most populous state over issues from environmental protection to homelessness. Trump called California “a disgrace” last year shortly after its Democratic-controlled Legislature passed a bill that would have required presidential candidates to release their tax returns to get on the 2020 ballot, a proposal aimed squarely at the president. It was later voided in court. California ‘Has a Lot of Power in the Nominating Process’

Bloomberg’s visit came as part of a swing through a state that he sees as central to his hopes of winning the White House. After a late entry into the race, Bloomberg is bypassing the first four primary and caucus states and is anchoring his strategy to California and other Super Tuesday states on March 3.

The political moderate argued that Trump has divided Americans, while he can unite them, and that as Washington languishes in gridlock, he has a record of accomplishment as mayor.
Among the crowd was Los Angeles investor Mike Connolly, who said he feared the Democratic Party was drifting too far to the political left and was drawn to Bloomberg’s fiscally conservative, socially liberal blueprint. And, importantly, he believes Bloomberg can defeat Trump.

“He’s got the right policies” for most Americans on critical issues like gun violence and climate change, said Connolly, an independent who voted for Presidents Bill Clinton and Barack Obama.
Campaign offices are typically drab affairs located in old storefronts or shopworn, budget-rate offices. But Bloomberg’s virtually unlimited budget was on display — his cavernous office was in trendy downtown, its interior accented with industrial chic decor and lush plantings.
Bloomberg earlier joined Mayor Eric Garcetti, a Democrat who flirted with a presidential run, for an early lunch at a downtown restaurant.
“The mayor is paying for it,” Bloomberg quipped. “Ït’s a good deal.”

Space-Baked Cookies, 'Mighty' Mice Back on Earth via SpaceX