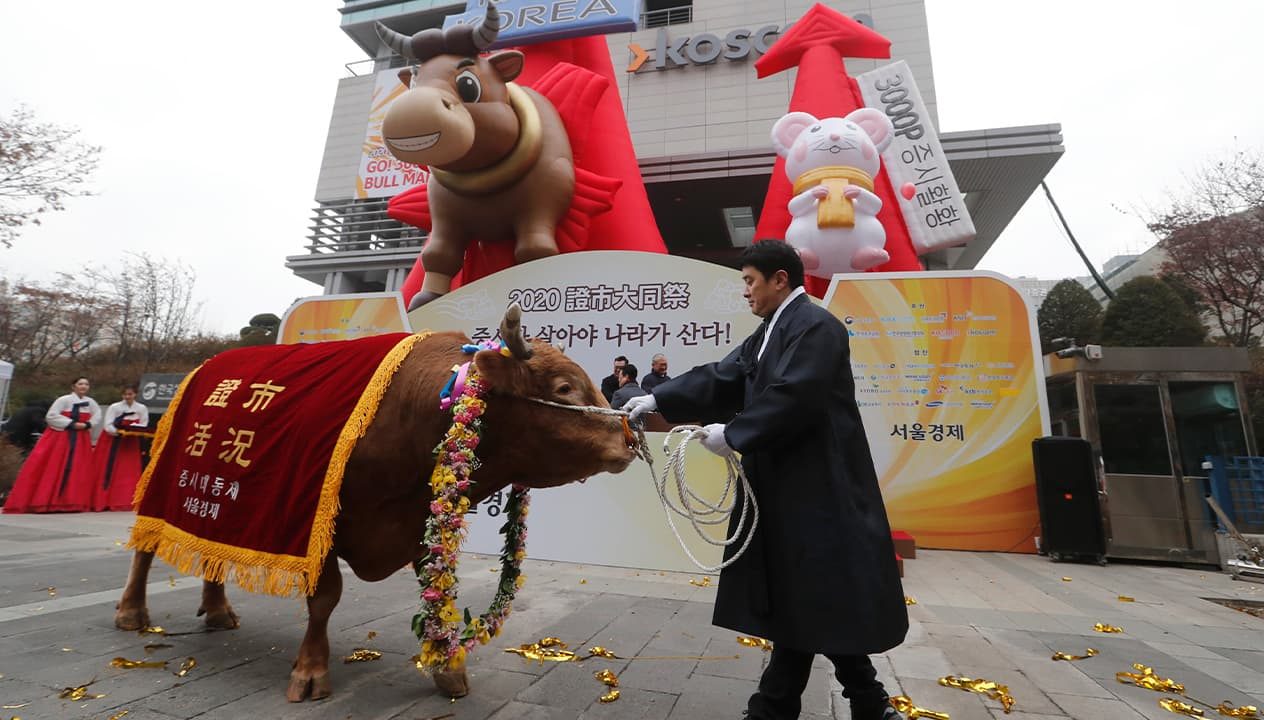 Australia’s S&P ASX 200 gained 0.1% to 6,690.60, while South Korea’s Kospi lost 1.0% to 2,175.17. Hong Kong’s Hang Seng jumped 1.1% to 28,511.92, while the Shanghai Composite gained 1.2% to 3,085.20. Tokyo was still closed for the New Year’s holiday.
Market sentiment has been on an upswing after U.S. President Donald Trump said an initial trade deal with China would be signed this month. The “Phase 1” trade deal calls for the U.S. to reduce tariffs and China to buy larger quantities of U.S. farm products.
Adding to the optimism was China’s central bank announcement Wednesday it will cut the amount of money banks will be required to have on hand from Jan. 6 in an effort to boost the slowing economy.
The People’s Bank of China said the reserve requirement ratio for financial institutions would be lowered by 50 basis points, a move that’s expected to release about 800 billion yuan ($114.6 billion) into the economy for lending purposes.
That will boost the economy ahead of the Lunar New Year that falls on Jan. 25. Companies and individuals typically need large amounts of cash on hand during China’s most important annual holiday to pay bonuses, clear debts and cover other expenses. Some Market Observers Said Kim’s Comments Were Not Specific Enough

Weighing on the optimism was an announcement earlier in the week from North Korean leader Kim Jong Un that his country will soon reveal a new strategic weapon and that North Korea was no longer obligated to maintain a self-imposed suspension on the testing of nuclear weapons and intercontinental ballistic missiles.