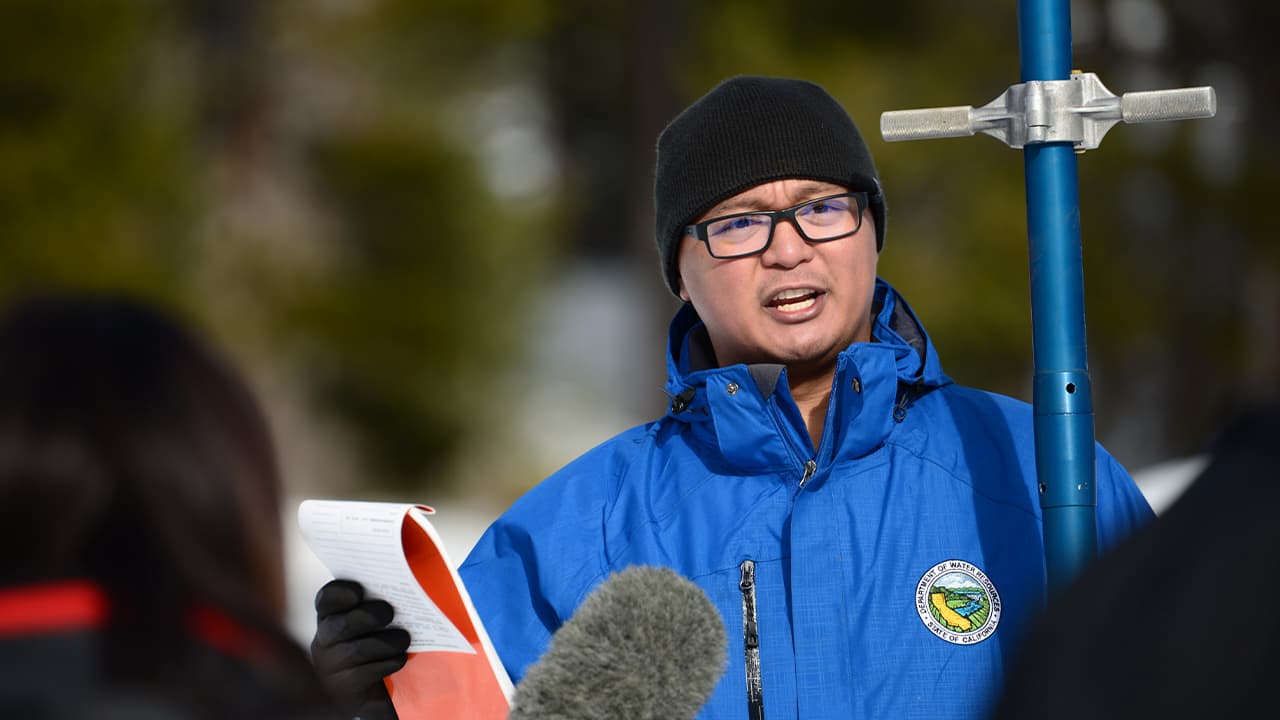 Electronic readings from 130 stations throughout California indicate that the state’s snow water equivalent is 9.3 inches. That’s 90% of the Jan. 2 average.
“While the series of cold weather storms in November and December has provided a good start to the 2020 snowpack, precipitation in Northern California is still below average for this time of year,” said state Department of Water Resources Director Karla Nemeth.

First Report in From Phillips Station

DWR also relies on manual readings to measure the snowpack.
On Thursday, A crew at Phillips Station near Lake Tahoe recorded 33.5 inches of snow depth and a snow water equivalent of 11 inches — 97% of the average for the location.
Snow water equivalent, the DWR says, provides a more accurate forecast of spring runoff.
“It’s still too early to predict what the remainder of the year will bring in terms of snowpack,” said DWR’s Sean DeGuzman, who led the measuring crew at Phillips Station. “Climate change is altering the balance of rain and snow in California. That is why it is important to maintain our measurements of the snowpack to document the change in addition to having critical information to forecast spring runoff.”
Last year on Jan. 2, the statewide snowpack was 69% of normal.

#ICYMI check out the results from our first snow survey of the season which took place earlier today! pic.twitter.com/pckoR45m6j

California traditionally receives about 75% of its annual precipitation during December, January, and February, with the bulk of this precipitation coming from atmospheric rivers.
Similar to last year, the state had a dry start to this water year followed by cold, wet December storms.
Climate change is expected to lead to continued warming and fewer but more intense storms impacting the snowpack of the Sierra Nevada, according to scientists. These changes continue to impact the distribution of snow across elevations, its pattern of accumulation, and the rate of melt.
DWR conducts snow surveys at Phillips Station each winter in January, February, March, April and, if necessary, May. On average, the snowpack supplies about 30% of California’s water needs as it melts in the spring and early summer.