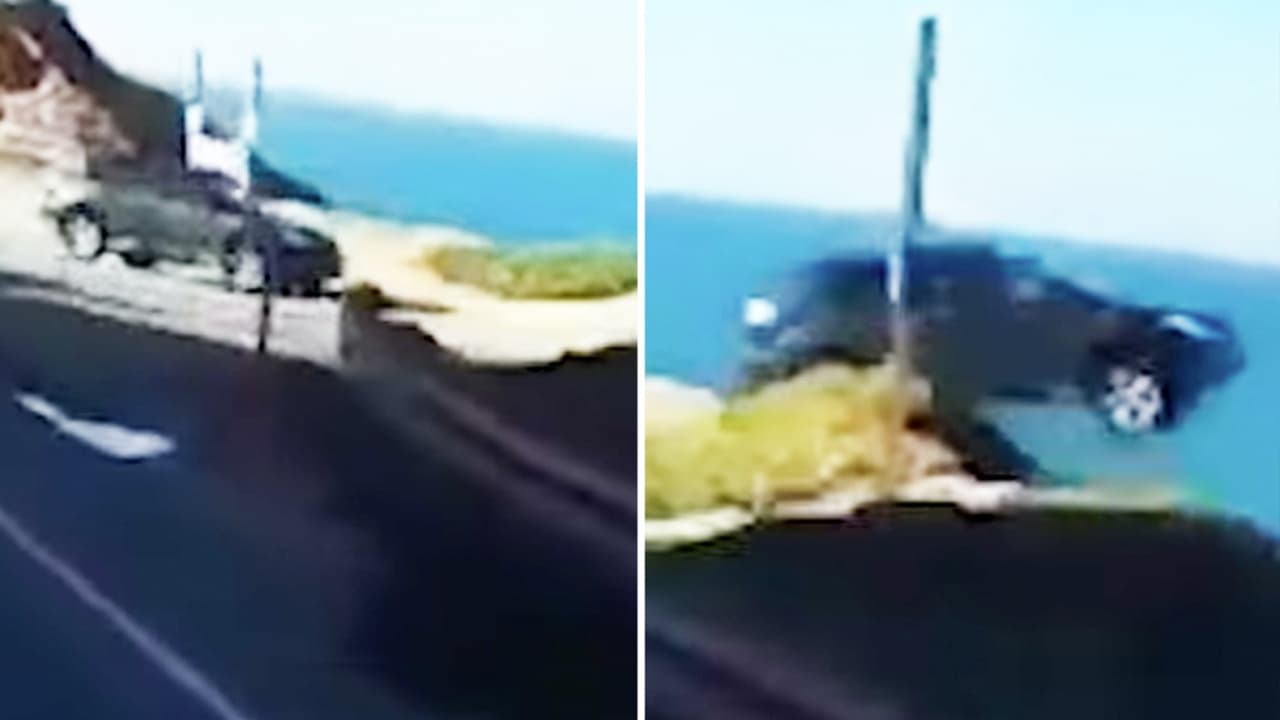 PACIFICA — The search for a vehicle that went off a Northern California cliff has been suspended because of rough sea conditions, authorities said Thursday.
Crews began looking for the dark SUV on Monday after a motorist reported seeing the vehicle speed on a curvy section of Highway 1 in San Mateo County, but had to suspend the search due to dangerous weather conditions, California Highway Patrol Officer Bert Diaz said.

San Mateo County Sheriff’s deputies and fire department workers, CHP officers and Coast Guard dive teams searched the area by land, sea and air Monday and found tire tracks and some car debris but it was unclear whether the car parts belong to the SUV seen plunging into the Pacific Ocean, Diaz said.
He said investigators have been checking missing people and missing vehicle reports but haven’t found anything.
“We don’t know if it was a criminal act. We don’t know if it was intentional or if it was an accident,” Diaz said.
Crews plan to resume the search when weather conditions improve.