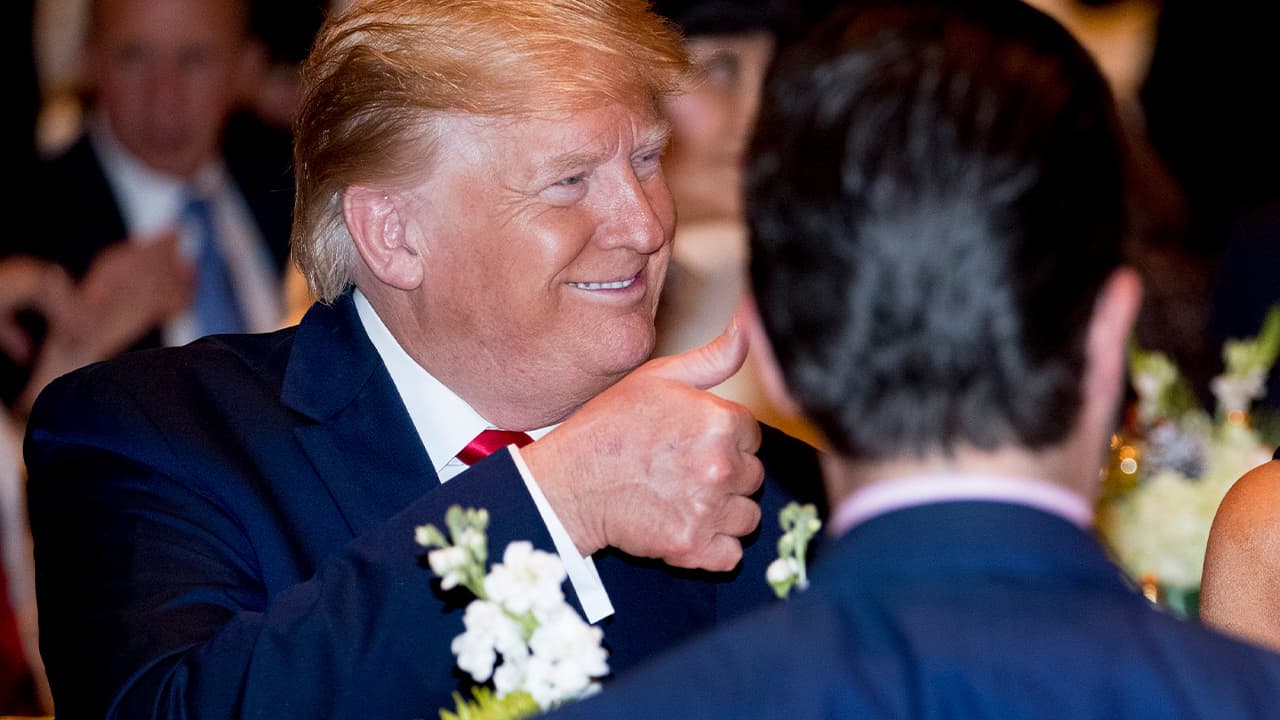 WEST PALM BEACH, Fla. — The first phase of a U.S.-China trade agreement will be inked at the White House in mid-January, President Donald Trump announced Tuesday, adding that he will visit Beijing at a later date to open another round of talks aimed at resolving other sticking points in the relationship.
The so-called “Phase One” agreement is smaller than the comprehensive deal Trump had hoped for and leaves many of the thorniest issues between the two countries for future talks. Few economists expect any resolution of “Phase Two” before the presidential election in 2020.

I will be signing our very large and comprehensive Phase One Trade Deal with China on January 15. The ceremony will take place at the White House. High level representatives of China will be present. At a later date I will be going to Beijing where talks will begin on Phase Two!

And the two sides have yet to release detailed documentation of the pact, making it difficult to evaluate.
Trump said high-level Chinese government officials will attend the signing on Jan. 15 of “our very large and comprehensive Phase One Trade Deal with China.”
“At a later date I will be going to Beijing where talks will begin on Phase Two!” Trump said in his tweet. He did not announce a date for the visit.
China has agreed to boost its U.S. goods imports by $200 billion over two years, the U.S. Trade Representative said Dec. 13 when the deal was announced. That includes increased purchases of soybeans and other farm goods that would reach $40 billion a year.

Many Analysts Argue That the Results Are Fairly Limited

China has also agreed to stop forcing U.S. companies to hand over technology and trade secrets as a condition for gaining access to China’s vast market, demands that had frustrated many U.S. businesses.
In return, the Trump administration dropped plans to impose tariffs on $160 billion of Chinese goods, including many consumer items such as smartphones, toys and clothes. The U.S. also cut tariffs on another $112 billion of Chinese goods from 15% to 7.5%.
Many analysts argue that the results are fairly limited given the costs of the administration’s 17-month trade war against China. U.S. farm exports to China fell in 2018 to about one-third of the peak reached six years earlier, though they have since started to recover.
Import taxes remain on about half of what the U.S. buys from China, or about $250 billion of imports. Those tariffs have raised the cost of chemicals, electrical components and other inputs for U.S. companies. American firms have cut back on investment in machinery and other equipment, slowing the economy’s growth this year.
A study last week by economists at the Federal Reserve found that all of the Trump administration’s tariffs, including those on steel and aluminum as well as on Chinese imports, have cost manufacturers jobs and raised their costs. That’s mostly because of retaliatory tariffs imposed by China and other trading partners.
Many experts in both the U.S. and China are skeptical that U.S. farm exports can reach $40 billion. The most the U.S. has ever exported to China before has been $26 billion. China has not confirmed the $40 billion figure.

The Phase 1 Deal Has Left Some Major Issues Unresolved

Still, the agreement has helped calm concerns in financial markets and among many U.S. businesses that the trade war with China would escalate and potentially lead to a recession. The approval by the Democratic-led House of the Trump administration’s revamp of the NAFTA agreement has also reduced uncertainty around global trade.