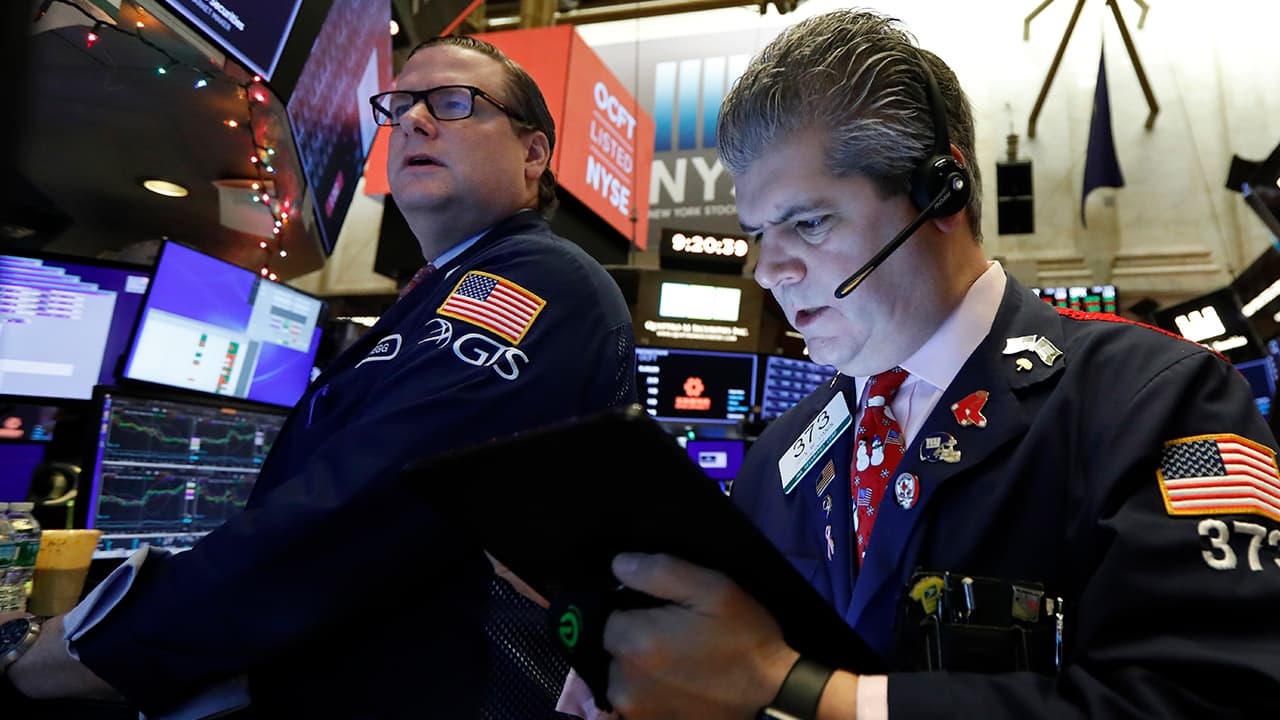 Retailers and technology companies powered stocks broadly higher on Wall Street Thursday, extending the market’s record-setting run.
The Nasdaq composite climbed above 9,000 points for the first time as Apple led technology stocks higher. The Dow Jones Industrial Average and S&P 500 also climbed to new highs. The benchmark index is on course for its best year since 2013.
The latest gains came as investors welcomed a report showing that a last-minute surge in online shopping helped lift holiday sales. The data gave a boost to shares in Amazon.com and big department store chains such as Macy’s and Nordstrom.
“That’s just a confirmation that the consumer is incredibly strong and resilient and helping to power the economy to better numbers,” said Jeff Kravetz, regional investment director for U.S. Bank Wealth Management.

Meanwhile, President Trump and his surrogates took to social media to celebrate the good news for investors.

The latest gains added to the market’s strong upward trajectory for 2019. The major indexes are on pace to close out the year on a strong note after moving mostly higher since early October. Fears about a possible recession have faded since the summer after the Federal Reserve cut interest rates three times, and the central bank appears set to keep them low for a long time.

Technology stocks continued to lead the way Thursday. The sector, which is on pace for its best year since 2009, is up 48.3% so far this year, well above the other sectors in the S&P 500. Apple was the sector’s biggest gainer, climbing 2%.
Big retailers also rallied following a report from Mastercard SpendingPulse that shows holiday retail sales rose 3.4%, with online shopping rising 18.8%.
Amazon led the pack, climbing 4.5%, the biggest gainer in the S&P 500. Macy’s rose 2.6%, Nordstrom added 1.8%, and Gap gained 1.6%
Health care stocks were the only decliners. Incyte fell 2.9%.
Other health sector stocks fared better. Immunomedics climbed 5.7% after the biopharmaceutical company said that the FDA accepted its application for accelerated approval of a breast-cancer therapy.
Benchmark U.S. crude gained 57 cents to settle at $61.68 per barrel. Brent crude oil, the international standard, picked up 72 cents to close at $67.92 per barrel.
The rise in oil prices helped lift some energy sector stocks. Diamondback Energy gained 1.3%.