The Debate: Can Politicians Block You on Social Media? 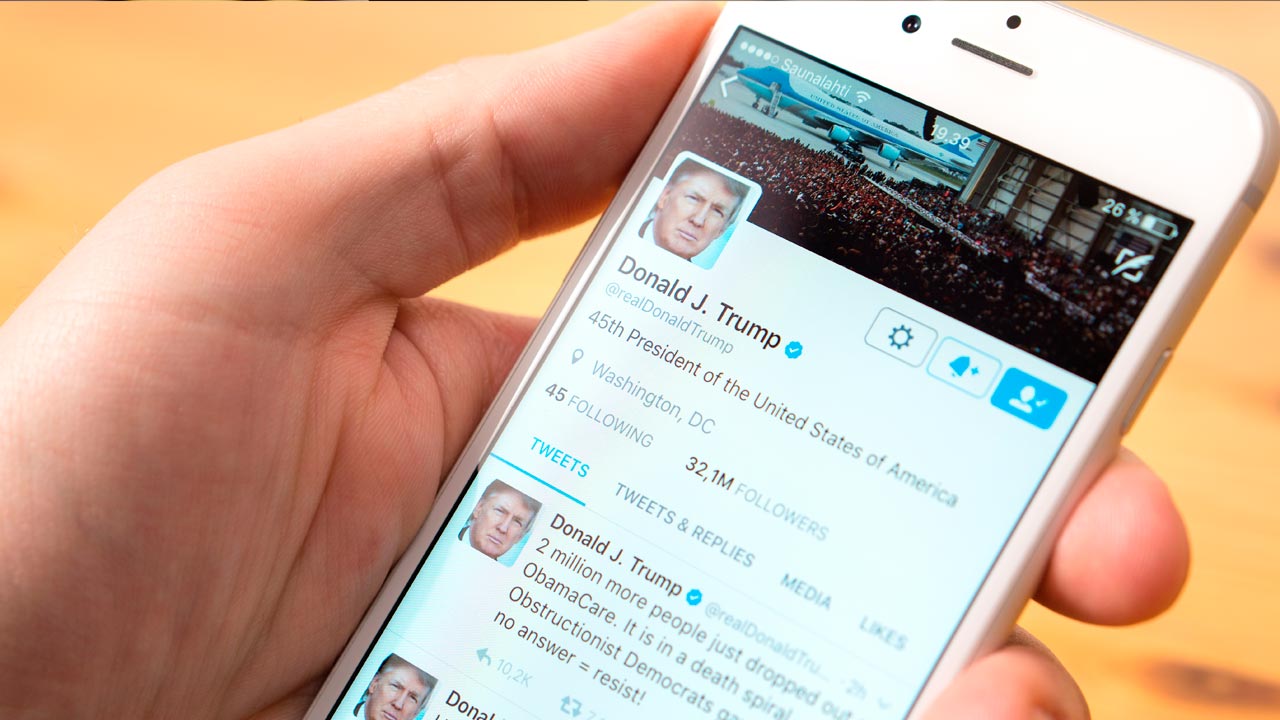 In the social media age, numerous politicians have come under fire for blocking critics from following them on Twitter. The latest is Rep. Alexandria Ocasio-Cortez of New York, who recently settled a lawsuit brought by Dov Hikind, a former elected assemblyman from Brooklyn. Following the settlement, Ocasio-Cortez offered a forthright apology.
“Mr. Hikind has a First Amendment right to express his views and should not be blocked for them,” she said. “In retrospect, it was wrong and improper and does not reflect the values I cherish. I sincerely apologize for blocking Mr. Hikind.” 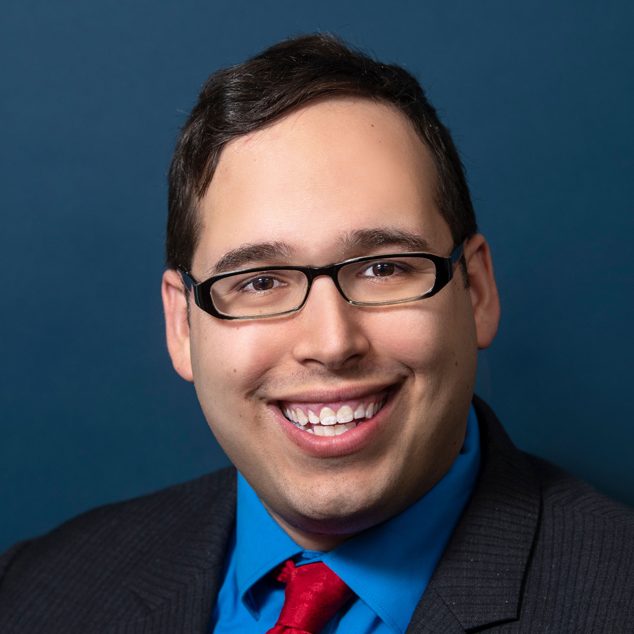 You won’t hear me saying this very often, but Ocasio-Cortez is exactly right.
Before she was elected, her account was private, and she could choose to block whomever she wanted. But the standard for elected officials is different.
While an elected official could choose to keep a private social media account genuinely private, only using it to share cute cat pics or family photos, that is not the route that Ocasio-Cortez and most other elected officials have taken. Instead, she uses her “private” Twitter account (@aoc) to communicate with constituents, debate matters of public policy, and engage with other elected officials. These tweets are often highly newsworthy.
For instance, Ocasio-Cortez and President Trump recently got into a debate on Twitter over whether he had engaged in impeachable conduct — a matter of clear public concern, especially given that Ocasio-Cortez is one of the 435 people in the country who voted on articles of impeachment.

Elected officials use social media as a megaphone to amplify the reach of their voices. Ocasio-Cortez’s Twitter account has 5.8 million followers. Trump has 66.7 million. Once a private citizen takes the step to become a public official, their existing social media accounts become places for public discussion and debate where they can engage with these millions of followers. These social media accounts accordingly function as a type of public forum and are covered by the First Amendment.


Courts that have thus far considered this issue have uniformly agreed that the “interactive component” of a social media account is a public forum, and that public officials cannot block critics just for expressing viewpoints they disagree with.
An analogy to real-world interactions might clarify the principle at stake: An elected official could not ban critics from stopping by her office or mailing her traditional letters. A politician who blocked this kind of constituent expression would be violating not only the constituent’s right to free speech but also their right to petition their elected officials for redress. So why should an elected official be allowed to stop critics from visiting her social media accounts or from responding to her online posts?
Of course, Twitter itself is not a public forum. It is entitled to shutdown speech that it disagrees with for any reason at all since the First Amendment only applied to government actors. But that does not extend to elected officials hosting a public forum on the platform.
Another real world analogy might help. The owner of an auditorium can refuse to host political events altogether or can chose to only allow conservative speakers. But if the president comes to speak at the auditorium, the president’s team would not be allowed to take action to block any critics from attending. This constitutionally significant distinction between private and government action is vital to protect both private property rights and open access to public forums.

Courts that have thus far considered this issue have uniformly agreed that the “interactive component” of a social media account is a public forum, and that public officials cannot block critics just for expressing viewpoints they disagree with. Most notably, the 2nd Circuit Court of Appeals found that Trump violated the First Amendment by blocking individuals from his @realDonaldTrump Twitter account. The court noted that “the Account is one of the White House’s main vehicles for conducting official business” and that it accordingly was not merely the president’s private account.
Because Trump employs his social media accounts as a place for public discourse, he could not engage in viewpoint discrimination and block critics. The same standard would almost certainly apply to Ocasio-Cortez’s accounts.
In a world where the president can fire a Cabinet official or ignite a foreign conflict through Twitter, it becomes increasingly important that everyone has access to the public forums that elected officials create on social media. Fortunately, the First Amendment protects that right.
ABOUT THE WRITER
Daniel Ortner is an attorney with Pacific Legal Foundation. He wrote this for InsideSources.com.

Counterpoint: Almost All Elected Officials Can Block People on Twitter

Some who have heard that President Trump cannot block people from his Twitter account think other elected officials cannot block people. This is wrong, almost all elected officials can block people from their Twitter accounts and not violate the First Amendment.
The part that is missed is the first five words of the First Amendment — “Congress shall make no law.” It was designed to limit what laws Congress could create. In doing so it also limits the Executive Branch as its relevant authority is derived from the laws passed by Congress. The First Amendment thus stops executive officials in their official capacity from limiting speech they don’t like, but doesn’t stop individuals acting in their private capacity. By Devin Watkins
Competitive Enterprise Institute
For official government accounts, for instance @WhiteHouse or @DepofDefense, upon creating that account the government creates a designated public forum in which people are allowed to response to the tweets issued by these official accounts. If the government were to block people from responding to these accounts because the government didn’t like their opinions, it would be engaged in viewpoint discrimination that is prohibited by the First Amendment. However, if Twitter allowed accounts to turn off all responses, this would likely be allowed, as it wouldn’t be discriminating based on viewpoint.

Most Politicians Accounts are Exempt

But most elected officials are legislators and not even a part of the Executive Branch. They almost always created these accounts long before they were in office as their personal account. Even a campaign account would still be private, not a government account. The First Amendment only limits the laws that Congress passes as a body, it does not limit individual members of the legislature. You have no right, for instance, to invade the home of a congressman to protest some issue — that is their property.


The First Amendment only limits the laws that Congress passes as a body, it does not limit individual members of the legislature. You have no right, for instance, to invade the home of a congressman to protest some issue — that is their property.
The story becomes a bit more complex for the accounts of the president and vice president. They are a part of the Executive Branch and so are limited in their official acts by the First Amendment. The official accounts of the president, for instance @POTUS, are government accounts created and set up as a designated public forum by the government and thus the government is limited by the First Amendment.
But what about @realDonaldTrump, is that an official account? Trump acknowledged that he uses the account to, among other things, “announce official decisions.” The White House press secretary said the tweets are considered the “official statements by the President of the United States.” The president used the account to announce the nomination of the new FBI director and his new ban on transgender individuals in the military.

Court Ruling May Not Stand

Given these facts the 2nd Circuit Court of Appeals found that the president had chosen to transform his personal account into the official government account of his office as president. This means that he is no longer able constitutionally to block people from responding to his tweets based on viewpoint.
The problem for the 2nd Circuit is when did this occur? By what act did the president transform his previous private account into the public one of his office? Merely speaking about his official acts through the account isn’t enough. The 2nd Circuit isn’t exactly clear as to when this happened. The fact that the account was created before Trump was president and will likely continue as a private account after he leaves is a strong factor suggesting the 2nd Circuit may be wrong and that other courts may decide the same issue differently.
But, at least for Trump, it doesn’t matter as the 2nd Circuit has decided that Trump has adopted his Twitter account as an official account of his office and therefore cannot block people. While this limits the @realDonaldTrump account from being able to block people, the reasoning doesn’t apply to almost any other elected official (most of which are legislators). Even Vice President Pence has not used his account in the same way that Trump has and could still block people.

First Amendment Does Not Apply in Most Instances

It is possible the 2nd Circuit decision will apply to some state governors and other state executive branch officials. It will turn on whether those officials used their Twitter account as the official account of their office, such as announcing official decisions and designating the accounts as their “official” accounts of their office.
But almost all elected officials are in the legislature, either federal or state, and as such their Twitter accounts cannot possibly be limited by the First Amendment. There was no law upon which such accounts base their authority, and so the First Amendment simply doesn’t apply.
ABOUT THE WRITER
Devin Watkins is an attorney for the Competitive Enterprise Institute. He wrote this for InsideSources.com.

California Can Solve Water Shortage With Water It Has. Here’s How.