NEW YORK — Michael B. Jordan doesn’t usually get star struck. Bryan Stevenson had a different effect on him.

“You don’t really come across too many people like that. There isn’t a voice like his. Meeting that person is like: Man, this is the hidden gem. This is the unsung hero. This is the national hero that needs to be protected at all costs. I wanted to do his story justice.” — Michael B. Jordan

Stevenson, whom Jordan plays in the legal drama “Just Mercy,” has led one of the most successful efforts to combat mass incarceration and racial injustices in the United States legal system. In 1989, he founded the Equal Justice Initiative, a nonprofit. He’s argued five times before the Supreme Court. He and the EJI have successfully challenged more than 125 death row convictions. Archbishop Desmond Tutu has called him “America’s Mandela.”

“You don’t really come across too many people like that. There isn’t a voice like his,” says Jordan. “Meeting that person is like: Man, this is the hidden gem. This is the unsung hero. This is the national hero that needs to be protected at all costs. I wanted to do his story justice.”

“Just Mercy” is based on Stevenson’s acclaimed 2014 memoir “Just Mercy: A Story of Justice and Redemption.” It’s centered on a formative case for Stevenson, one that helped birth the EJI. In 1989, Stevenson defended Walter McMillian, a then 47-year-old black tree cutter who the year before had been falsely accused and swiftly sentenced to death for the murder of an 18-year-old white woman in Monroeville, Alabama, the hometown of Harper Lee.

“Just Mercy,” in which Jamie Foxx plays McMillian, has the shape of a civil rights drama like “To Kill a Mockingbird” but it’s more contemporary. The story might not be set during slavery or segregation, but those histories are innately connected to the prejudices and injustices that lead to the jailing of men like McMillian. Stevenson believes movies like “Just Mercy” can play an important role in raising awareness. 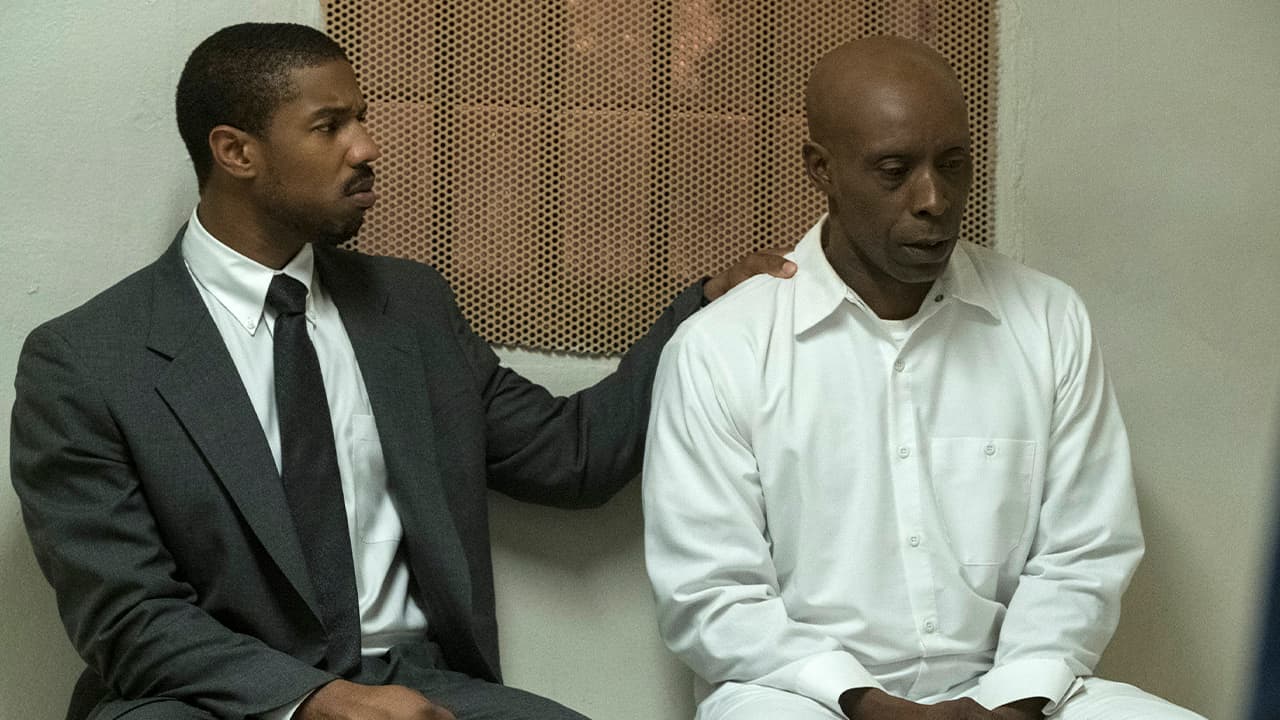 “We don’t see those kinds of stories very often and I think that’s created a void in our consciousness about what’s happening. We have the highest rate of incarceration in the world and most people in this country have no knowledge of that,” says Stevenson. “That lack of knowledge and that lack of compassion is what’s made us so vulnerable to the abuse that is on display in this story.”

Jordan and Stevenson were speaking in a recent interview together amid the copious publicity demands of a much-touted holiday movie release, one that has drawn warm reviews since its premiere at the Toronto International Film Festival and found awards season attention ahead of its Dec. 25 release. It expands nationwide Jan. 10.

Stevenson has dedicated much of his life to advocacy outside the courtroom (including a widely watched TED Talk ), yet even he was slightly shell-shocked by the experience. “I think I did 67 interviews yesterday,” he said, bewildered.

But both Stevenson and Jordan want “Just Mercy” to be as talked about as possible. The movie is, itself, a representation of the ideals it upholds. “Just Mercy” is the first major studio movie produced with an inclusion rider, the contractual provision mandating the consideration of people from underrepresented groups for cast and crew positions.

After Frances McDormand famously uttered the term in her acceptance speech at the 2018 Oscars, Jordan’s production company, Outlier Society, adopted it. That helped lead to a similar such commitment by WarnerMedia, the parent company of “Just Mercy” distributor Warner Bros., which has a first-look deal with Outlier Society. 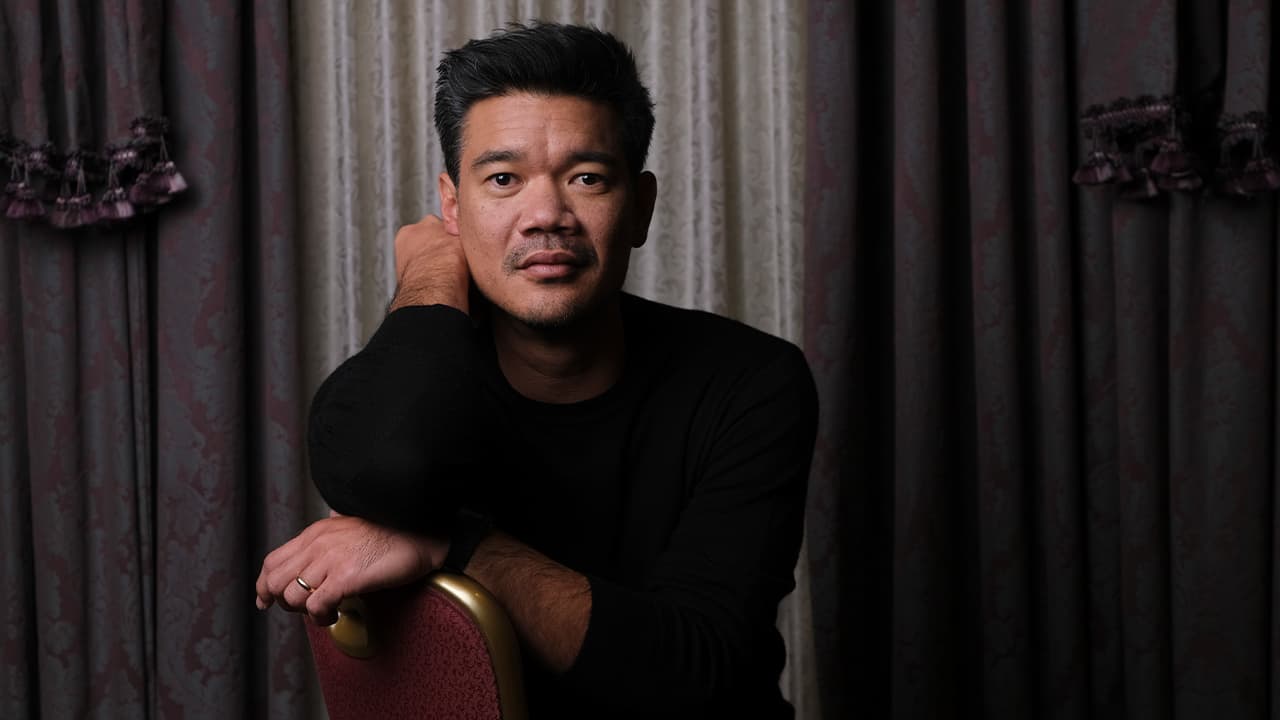 “This is the first opportunity for me to really implement the inclusion rider in a real way,” says Jordan. “It’s a step. You’ve got to be able to adapt and find ways to make change. I’m just trying to play my part in the bigger puzzle of it all. Change is something that’s uncomfortable so you have to be comfortable with being uncomfortable. I’ve learned that from Bryan.”

“He’s not just somebody trying to be famous. He’s trying to be somebody who makes a difference in the world. I so appreciated that and respected that about him. It made me more hopeful and confident that this project would be OK because I was very apprehensive at first.” — Bryan Stevenson says of Michael B. Jordan

Jordan, the 32-year-old Newark, New Jersey-raised star of “Black Panther” and “Creed,” and the 60-year-old Stevenson, who experienced segregation and violence first hand growing up in Delaware before attending Harvard Law, have found a bond despite their divergent worlds. They are both black men from humble Northeast origins who have risen to the heights of their respective industries, and are trying to use their considerable abilities to effect change.

“He’s not just somebody trying to be famous,” Stevenson says of Jordan. “He’s trying to be somebody who makes a difference in the world. I so appreciated that and respected that about him. It made me more hopeful and confident that this project would be OK because I was very apprehensive at first.”

Stevenson had seen plenty of legal dramas that prized theatrics over issues. But he was put at ease, in part, by Jordan’s desire to make the film with the inclusion rider.

“Having a film about justice that isn’t in some way dealing with issues like diversity and inclusion and opening doors to women and people of color would be paradoxical,” says Stevenson. “I was enormously proud that Michael made that part of this.” 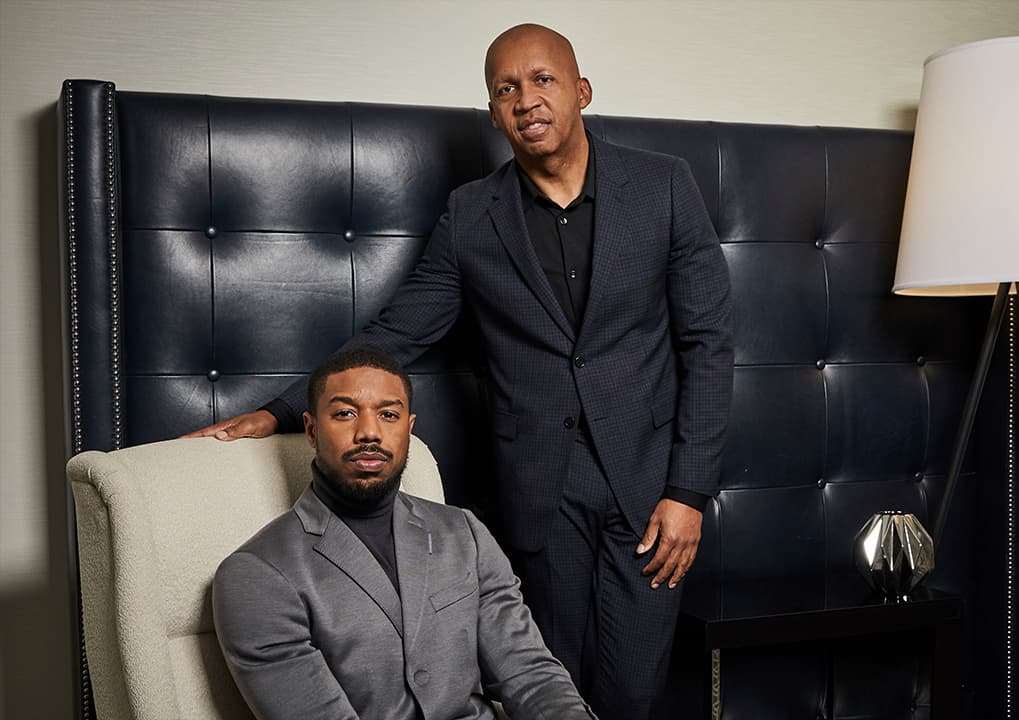 The film’s director, Destin Daniel Cretton (“Short Term 12”), is currently prepping Marvel’s first Asian-led film, “Shang-Chi and the Legend of the Ten Rings.” In making “Just Mercy,” he said he saw the direct effects of the production’s focus on inclusivity.

“We had department heads who have never been a department head in their careers, and they had very long careers. They just had never been given the chance,” said Cretton, specifically citing makeup department head Patrice Coleman. “Now she has that on her resume and she will get hired again. That is a really beautiful thing to me. I hope more productions and more studios take the steps to do that.”

“Just Mercy” isn’t just about one case. There is another, harrowingly depicted in the film, about a man on death row (Herbert Richardson, played by Rob Morgan) who doesn’t dispute his guilt but does dispute the state’s right to end his life. “Just Mercy” becomes a drama about the death penalty, itself. In his book, Stevenson writes: “The real question of capital punishment in this country is: Do we deserve to kill?”

Stevenson remains optimistic and tireless. “You can triumph,” he says. “You can make a difference.” His empowering message of hope has resonated especially for Jordan.

“I feel like I grew up a lot in the last four or five years. Something greater than me has kind of called me in to help push something forward,” Jordan says. “This movie changed me. It opened up my eyes.”