Game Well in Hand, Bulldogs Hand a Victory to USF 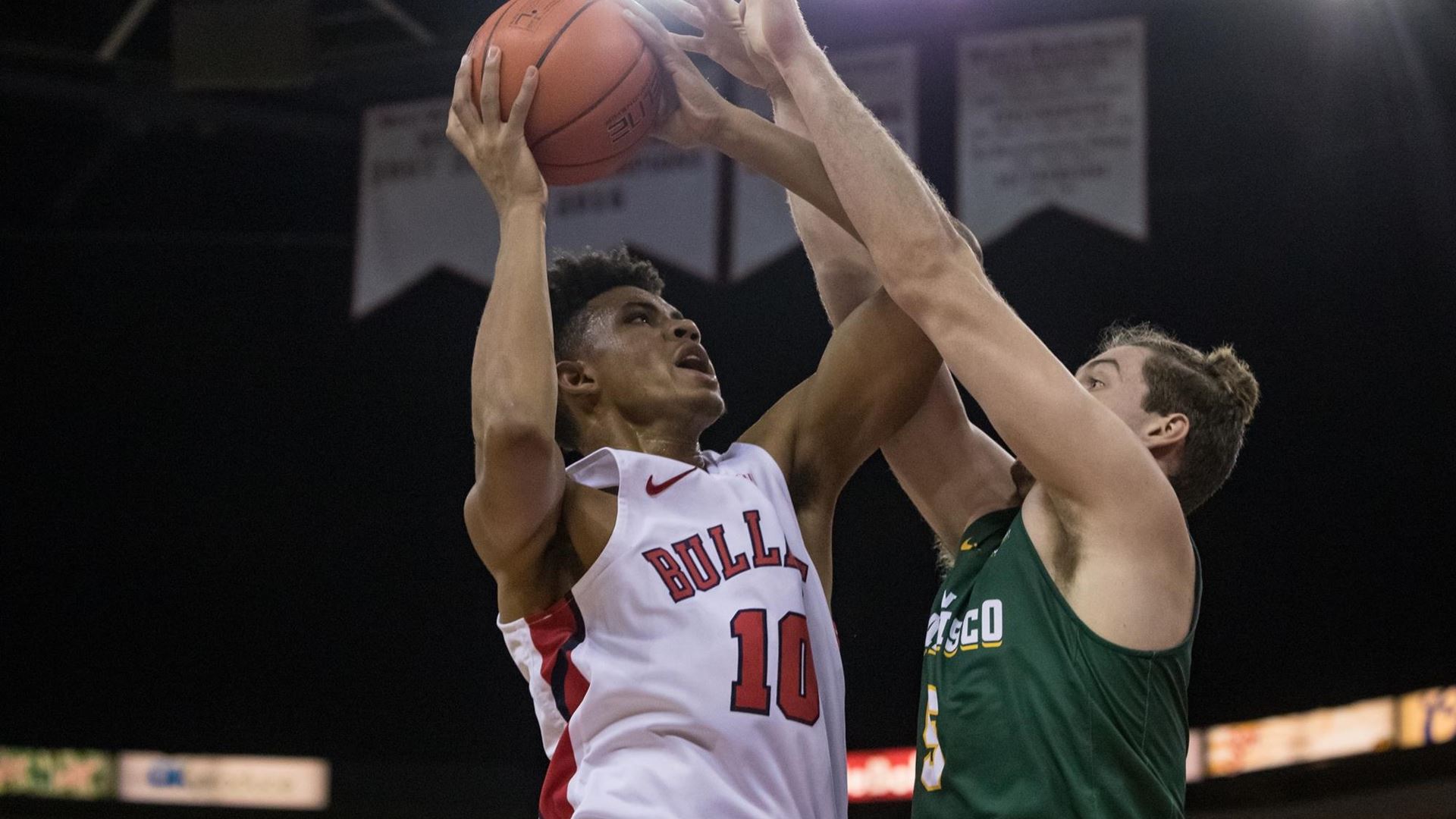 Fresno State men’s basketball coach Justin Hutson said earlier this year that the Bulldogs needed to take care of business at “winning time.”
But the Bulldogs have yet to master the art of closing out victories.


“We had some adversity just like every other team does with injuries and the travel, but bottom line, we had a chance to win it tonight and we didn’t get it done.” — Fresno State coach Justin Hutson

Bulldogs Led by 8 Late in Game

Despite taking an eight-point lead on Nate Grimes’ 3-pointer with 1 minute, 44 seconds remaining, the Bulldogs fell 71-69 to the University of San Francisco on Monday night.
The nonconference loss to the Dons (11-3) at the Save Mart Center dropped the Bulldogs to 4-8 this season.
And, the defeat marked the fifth loss for the Bulldogs in six games decided by a single possession or overtime.
“We’re playing a really tough schedule,” Hutson said. “We had some adversity just like every other team does with injuries and the travel, but bottom line, we had a chance to win it tonight and we didn’t get it done.” 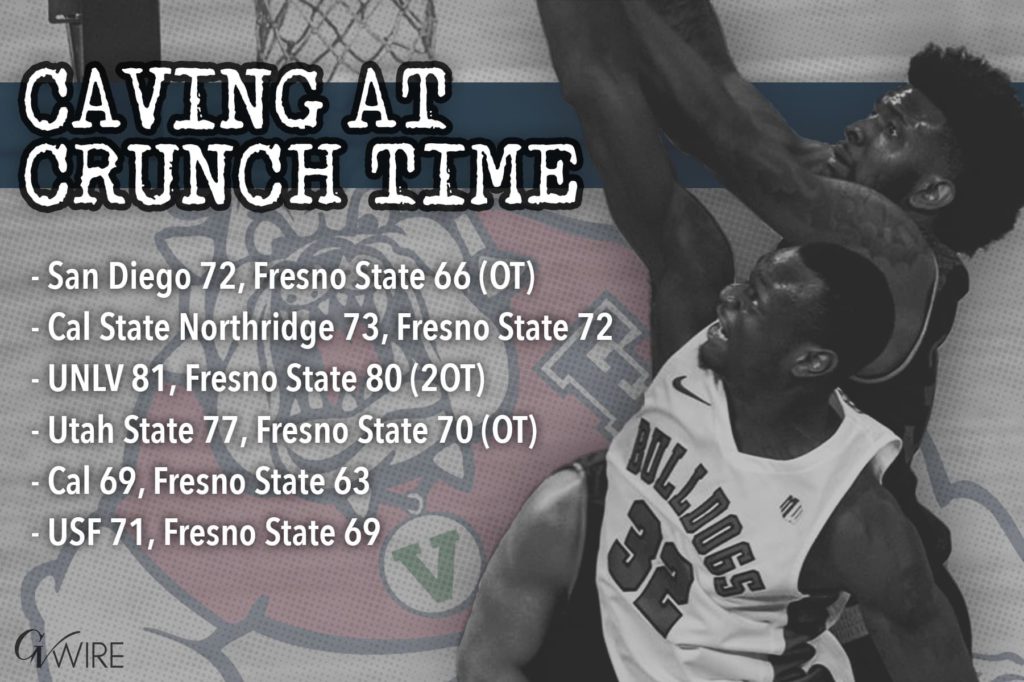 The Bulldogs’ failure to contain Khalil Shabazz led to the defeat. Shabazz scored 15 of his 17 points in the second half — including a game-winning layup a half-second before the final buzzer.
Fresno State also committed 15 turnovers, including three in the final 65 seconds. USF enjoyed a 16-6 advantage in points off turnovers, the Bulldogs made just 6 of 13 free throws.

But the rapid development of freshman forward Orlando Robinson is providing the Bulldogs and their fans with optimism for the rest of the season and beyond.
Robinson scored a career-high 24 points on 10-of-14 shooting, with seven rebounds, three steals, two blocks, and an assist.
“He continues to work, and he’ll continue to grow and get better,” Hutson said. “He has some up times and bad times, but he’s tough down there. And he can shoot the outside shot when he’s a little bit pickier with the ones he shoots.”

It was a frustrating night for Grimes, the Bulldogs’ usually reliable power forward. Averaging a double-double this season, he finished with just eight points on 3-of-12 shooting. But he did contribute nine rebounds and four blocked shots.
Senior guard New Williams entered averaging 20.5 points over the last four games. However, the Dons limited him to 11 shots, and Williams finished with 12 points.

Fresno State meets UC Riverside (8-5) on Saturday at 6 p.m. in the Save Mart Center.
The Highlanders, who play in the Big West Conference, have notched victories over Nebraska, Idaho, and San Jose State this season.

Plays of the Year: 2019 Had a Flair for the Dramatic