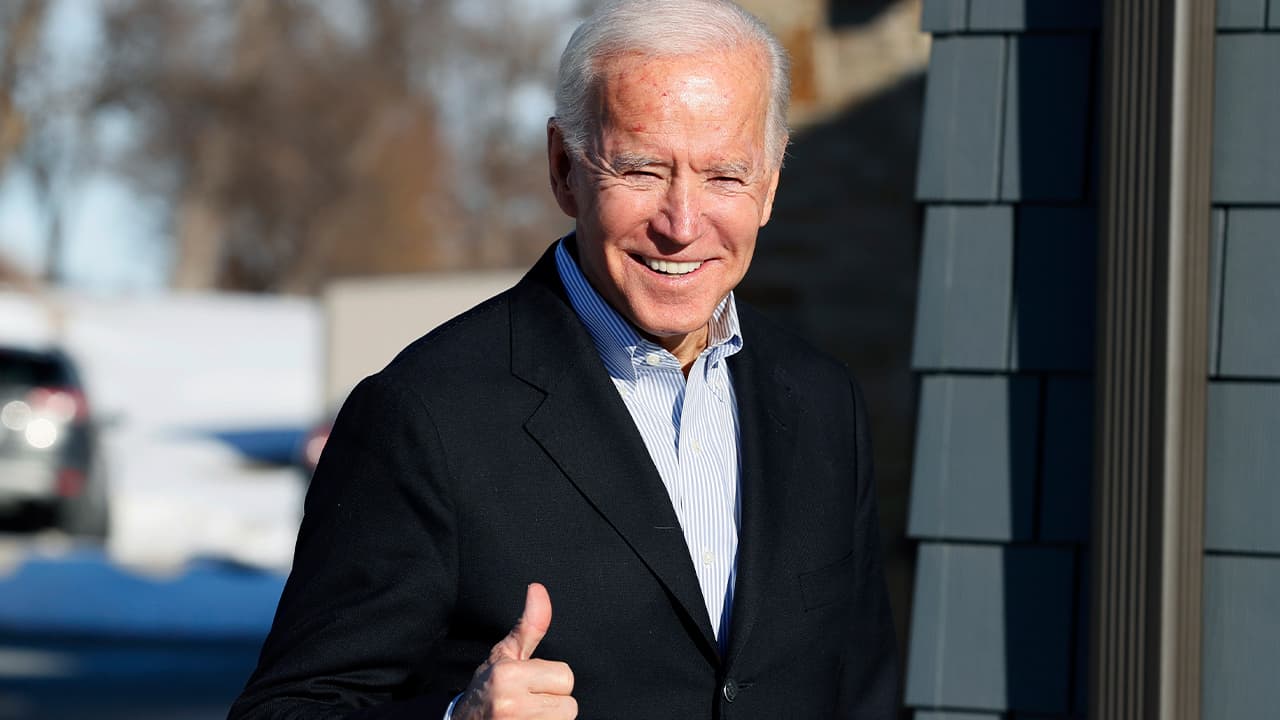 Joe Biden’s presidential bid got a boost Monday from one of the leading Latinos in Congress, with the chairman of the Hispanic Caucus’ political arm endorsing the former vice president as Democrats’ best hope to defeat President Donald Trump.

The dynamics also demonstrate the starkly different approaches that Biden and Sanders take to the larger campaign. Biden is capitalizing on his 36-year Senate career and two terms as Barack Obama’s vice president to corral Democratic power players across the party’s various demographic slices. Cárdenas joins four other Hispanic caucus members who’ve already backed Biden, a show of establishment support in contrast to some Latino activists who’ve battered Biden over the Obama administration’s deportation record. Sanders, true to his long Capitol Hill tenure as an outsider and democratic socialist, eschews the establishment with promises of a political revolution, just as he did when he finished as runner-up for Democrats’ 2016 nomination.


Related Story: Why Joe Biden Was Denied Communion at a Church

Together, it’s an argument on politics and policy at the crux of Democrats’ 2020 nominating fight.
Sanders and his supporters like Ocasio-Cortez argue that existing political structures cannot help working-class Americans, immigrants or anyone else. That argument, they insist, can draw enough new, irregular voters to defeat Trump in November.
“We need to be honest here,” retorted Texas Rep. Vicente Gonzalez, a Biden supporter whose congressional district includes part of the U.S.-Mexico border. “If Joe Biden loses the primary, Democrats will lose in 2020.”
It’s impossible for polling almost a year ahead of a general election to affirm that view, but the contention echoes Biden’s consistent arguments about Electoral College math. He Added Another Key Plank of Biden’s Case

Texas Rep. Filemon Vela, also a border-district congressman who backs Biden, was not so absolute. But he said Biden is best positioned for a general election on immigration because of his plans to roll back Trump’s immigration restrictions and boost the asylum process, while stopping short of decriminalizing all border crossings. Sanders supports making all border crossings civil offenses, rather than criminal, a position first pushed by the lone Hispanic presidential candidate and former Obama housing secretary Julian Castro.
“In some swing states, that might not go over well,” Vela said, even as he, Gonzalez and Cárdenas said the distinction is more important to political pundits than to Hispanic voters.
Said Cárdenas: “There is activist language and there are litmus tests; and there are hard-working people around the country who just want fairness.”

He added another key plank of Biden’s case: that meaningful change, from reversing Trump’s migrant family separation policy to expanding health care coverage, requires not only winning in November but then achieving some semblance of consensus in Congress.
Hispanic voters are a rapidly growing portion of the U.S. population and electorate, though they have consistently had lower election-participation rates than African Americans and non-Hispanic whites. At the least, Hispanics will play key roles in the Nevada caucus (third in the Democratic nominating process) and the Texas and California primaries, the two largest sources of delegates on the March 3 Super Tuesday slate.

Gonzalez Called It ‘Ridiculous’ to Question Biden’s Commitment to Immigrants

Sanders leads Biden among younger voters generally, according to national polling, and Biden aides say that could carry over to Hispanics. The variable is seemingly on display when comparing Biden’s campaign crowds with those like Ocasio-Cortez drew this weekend in California and Nevada.