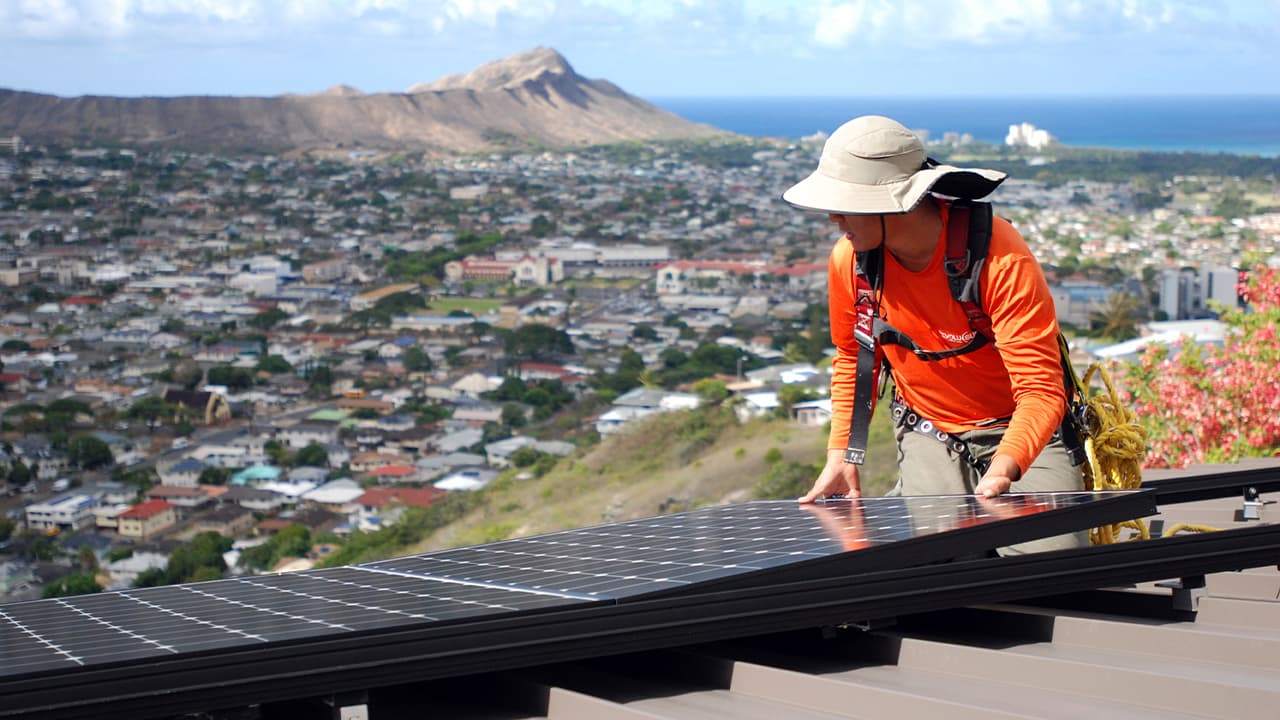 NEW YORK — Homeowners are clamoring to power through blackouts that have become a regrettably frequent part of life in California. The cost of solar panels and batteries has fallen. And a new California law will require all new homes to produce as much energy as they consume beginning in January.

If you have the cash, most experts agree that buying a solar system outright is a better investment than leasing or taking out a loan. Customers should check electric bills to estimate monthly energy use when deciding what size system to buy and calculate federal or state incentives. Make efficiency upgrades such as buying new windows or energy-saving appliances before choosing a system to help avoid purchasing an array that’s larger than necessary. A good solar company will help calculate the appropriate size.

Solar panels can cost $20,000 or more, and solar companies and others are increasingly offering loans to help alleviate the upfront cost. The solar loan market grew 40% in early 2019 from the same time last year, according to Wood Mackenzie.
For buyers, the sooner the better. The federal investment tax credit, which covers 30% of the cost of the system until year-end, will fall over the next two years and will expire for residential customers in 2022. FILE – In this July 8, 2016, file photo, Dane Hew Len, left, lead installer for RevoluSun, and installer Radford Takashima place solar panels on a roof in Honolulu. If you have the cash, most experts agree buying a solar system outright is a better investment than leasing or taking out a loan. Customers should check electric bills to estimate monthly energy use when deciding what size system to buy, and calculate federal or state incentives. (AP Photo/Cathy Bussewitz, File)

Leases Can Save Money, but Beware of Pitfalls

Leasing a solar energy system may be an attractive option for people who want to use renewable energy but don’t have the cash to buy a system.
Sunrun estimates that customers who lease panels save 10% to 40% on their electric bills. Customers can choose a fixed monthly rate or start out with a lower monthly payment that increases over time. Leases at Sunrun typically last about 25 years.

Everything from diapers to cars can be bought with a subscription, and now you can add solar panels to the list. Tesla is among the companies offering solar subscriptions and will install a small, medium or large system on your roof which provides energy to your home for a monthly fee. Customers, who are still hooked up to their electric utility, pay for any additional electricity that they pull from the grid.

Jenny Gracia, who moves frequently as part of a military family, had solar panels installed in her California home, saving her a couple hundred dollars per month, she said.
Beware of fees to uninstall a system. Tesla was charging a $1,500 fee to remove leased solar panels, but has since stopped charging that fee, a spokesman said.

Anti-Dyer Video Is Out. What Does Former Police Chief Say?