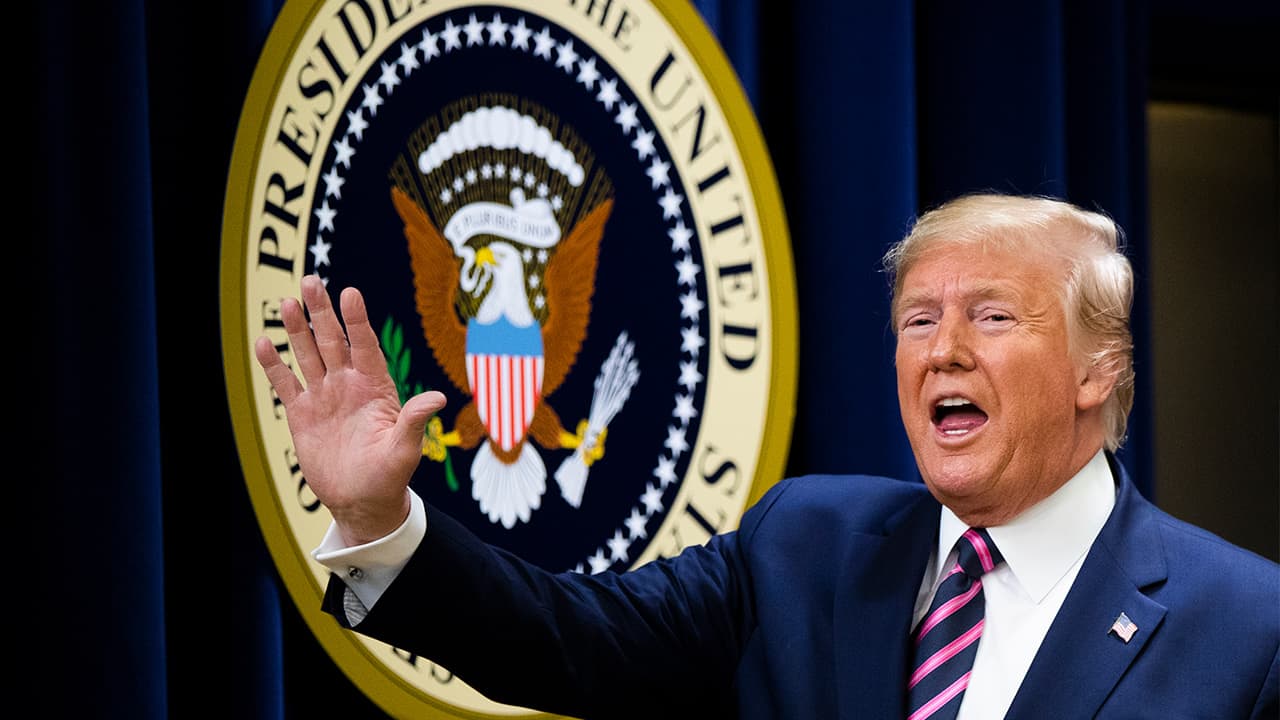 WASHINGTON — President Donald Trump blasted a prominent Christian magazine on Friday, a day after it published an editorial arguing that he should be removed from office because of his “blackened moral record.”

Schism Among Christians on Trump Dates Back to Before His Election

The magazine’s circulation is estimated at 130,000. In the editorial titled “Trump Should Be Removed from Office,” Editor-in-Chief Mark Galli wrote that Democrats “have had it out for” the president since he took office.
But Galli asserted that the facts “are unambiguous” when it comes to the acts that led to the president’s impeachment by the Democratic-controlled House of Representatives this week.
Trump “attempted to use his political power to coerce a foreign leader to harass and discredit one of the president’s political opponents,” Galli wrote, referring to former Vice President Joe Biden. “That is not only a violation of the Constitution; more importantly, it is profoundly immoral.”

The schism among Christians about Trump dates back to before his election. Prominent Southern Baptist Russell Moore warned that Trump “incites division” in a 2015 op-ed. The essay cited the Bible in asking fellow Christians to “count the cost of following” him. It later earned a tweeted lashing from then-candidate Trump.
After Trump defended the organizers of a 2017 white nationalist rally that turned violent in Charlottesville, Virginia, one member of his evangelical advisory board stepped down, citing “a deepening conflict in values between myself and the administration.”
But no such break has occurred between the president and the core of his evangelical base. Trump is deeply popular among white evangelical Protestants, with roughly 8 in 10 saying they approve of the way he is handling his job, according to a December poll from The AP-NORC Center. Many Prominent Evangelicals Have Intensified Support for Trump

Many prominent evangelicals have only intensified their support for Trump as Democrats moved to impeach him, circling the wagons despite Trump’s personal history, which includes multiple allegations of sexual misconduct, deeply divisive policies and profanity laced comments.

Editorial: Trump Removal Is About the Ten Commandments

Another Trump evangelical adviser, Southern Baptist megachurch pastor Robert Jeffress, tweeted that the magazine is “dying” and “going against 99% of evangelical Republicans who oppose impeachment.”
The editorial did not take a position on whether Trump should be removed by the Senate or by popular vote in the 2020 election, calling it “a matter of prudential judgment.” But Galli wrote that the need for Trump’s removal “is not a matter of partisan loyalties but loyalty to the Creator of the Ten Commandments.”
The editorial came one day after Trump became the third president in American history to be impeached. The House charged him with abuse of power in pressuring Ukraine to announce investigations of Biden, and with obstructing Congress in the ensuing probe.

Asked Friday in an interview with CNN about Trump’s critical tweets, Galli said the president’s characterization of the magazine as far left was “far from accurate.” But Galli, who is set to retire from his post next month, also said he is realistic about the impact of his words.
“I don’t have any imagination that my editorial is going to shift their views on this matter,” Galli said of the president’s supporters. “The fact of the matter is Christianity Today is not read by the people — Christians on the far right, by evangelicals on the far right — so they’re going to be as dismissive of the magazine as President Trump has shown to be.”
Related Topics:ChristianChristianity TodayDemocratsevangelicalmagazinePresident Donald TrumppushbackreligionUkraine
Up Next