LOS ANGELES — Anthony Daniels went through a painful experience after not receiving the same amount of public recognition as other co-stars when the first “Star Wars” film was released in 1977.

Related Story: Review: ‘Rise of Skywalker’ Is a Sour End to a Grand Saga

But in time, Daniels’ C-3PO character became one of the most popular in the franchise and he’s the only cast member to have appeared in all nine of the main “Star Wars” films. The British actor plays the soft-spoken “protocol droid” built by young Anakin Skywalker that is fluent in six million languages. His gold-plated character also appeared in the franchise’s spin-off “Rogue One,” and had a cameo in “Ralph Breaks the Internet.”

It’s been a long ride for the 73-year-old Daniels, who believes his appearance in “The Rise of Skywalker,” which opens in theaters Friday, will likely be his last film appearance as C-3PO. He highlights his “Star Wars” experiences in his new memoir “I Am C-3PO: The Inside Story,” which was released in late October.

In a recent interview, Daniels spoke with The Associated Press about playing C-3PO and reflects on some of the best memories in the past 42 years in the iconic franchise. 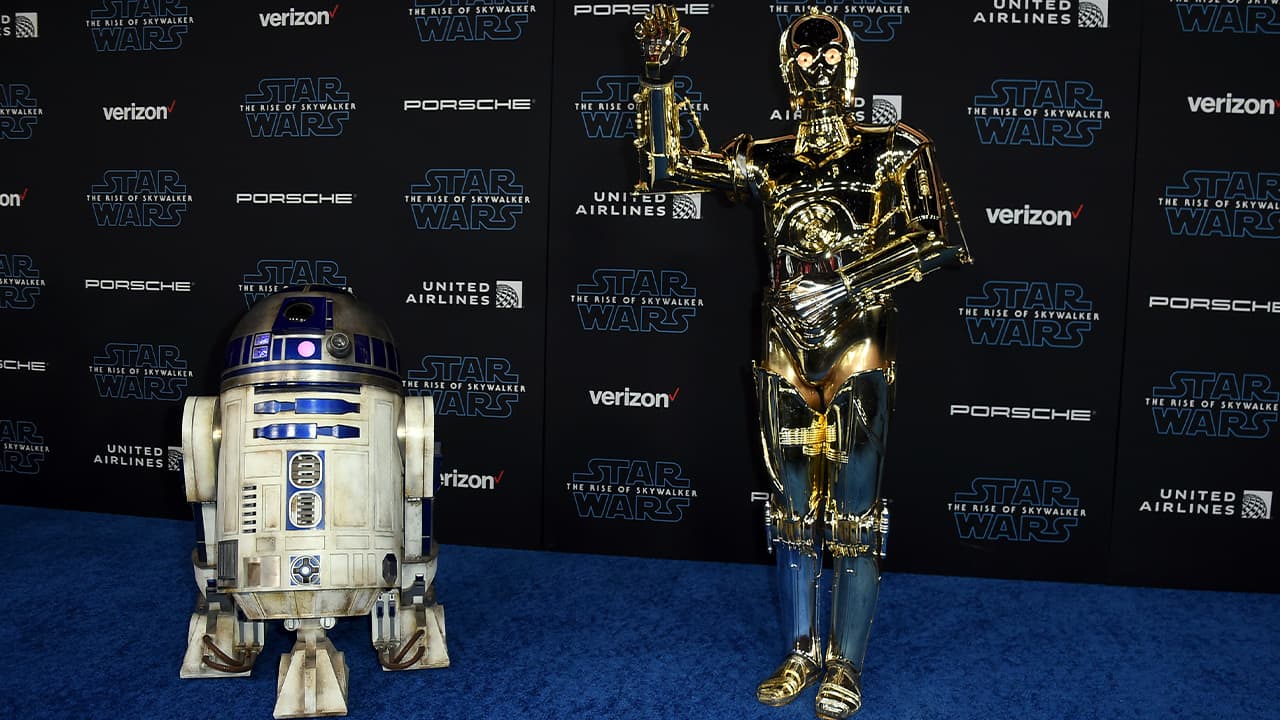 AP: What has it been like to be in all nine films?

Daniels: It’s been a ton of work, and a ton of employment, which is great. As an actor, you’re always looking for the next job. And often that next job for me has been something to do with “Star Wars.” The friendship and companionship of being C-3PO has been quite a gift.

AP: Are you surprised “Star Wars” made it this far?

AP: Is “A New Hope” your favorite film compared to the rest?

Daniels: Yes, because I understood it. The story was simple enough that I got it. It got a bit complicated after that. It was an innocent film out of nowhere.

AP: It was your favorite film, but you struggled with being overlooked after “Star Wars'” release as well, right?

Daniels: It was difficult not being associated with the film when it first came out. That was a painful experience that lasted quite a while, but then changed over the course in time. It brings me here today with my name on the poster. Only parents care about that sort of thing.

“It was difficult not being associated with the film when it first came out. That was a painful experience that lasted quite a while, but then changed over the course in time. It brings me here today with my name on the poster. Only parents care about that sort of thing.” — Anthony Daniels

AP: What has been your most memorable experience?

Daniels: In the desert on the first episode. It was absolutely riveting. It had such an impact. Seeing the effect of people looking at me in the costume then seeing their reactions. You are the center of attention. They can’t see you, but you’re absorbing the energy. That was pretty intense. That stays with me.

AP: When you put on your costume, what goes through your mind?

Daniels: Here we go again. Why am I doing this? And then, adrenaline is a great thing when somebody on set says “action.” Suddenly, your professional skills take over. The adrenaline gently sets in and you put up with stuff. You make it work as a professional actor.

AP: What does the character, C-3PO, mean to you?

Daniels: He’s kind of my friend, my companion. He’s somebody I know quite well. I want to be with him all the time. I’m proud to know him.

“He’s kind of my friend, my companion. He’s somebody I know quite well. I want to be with him all the time. I’m proud to know him.” — Anthony Daniels when asked what C-3PO means to him

AP: What was it like for you not having Carrie Fisher around during filming “The Rise of Skywalker?”

Daniels: It was little wistful. But she is so there in all these films. You sort of forget that she’s died, because she’s just there. That’s the magic of the media. Nobody is really gone anymore. You may not be able to physically touch them. But they are there. There are fond memories.

AP: What mark has your character and “Star Wars” left?

Daniels: It’s so big that I kind of don’t get it yet. I need to be away from it for a while. Maybe I need to talk to more fans. So many people say “Thank you for my childhood.” We have given people a lot of stuff. They have given back with all their enthusiasm and affection.