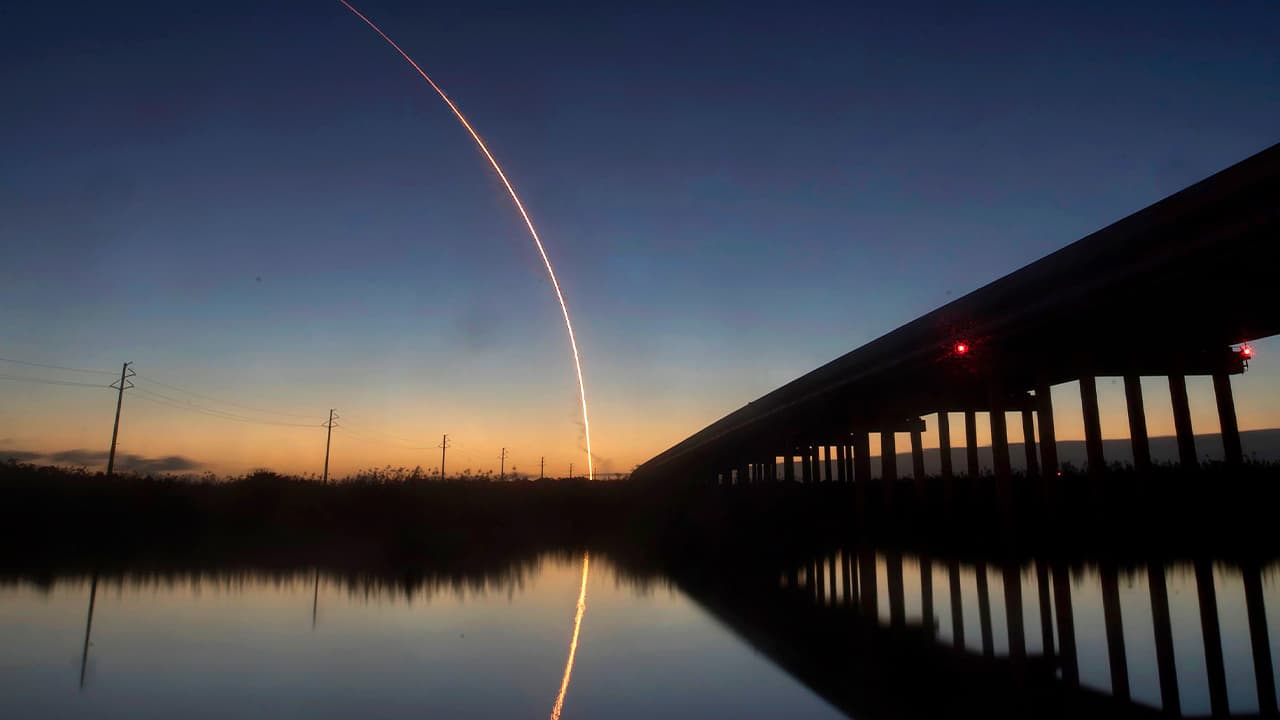 CAPE CANAVERAL, Fla. — Boeing’s new Starliner capsule went off course Friday during its first test flight, spoiling a crucial dress rehearsal for launching astronauts next year.
The capsule will stay in orbit for a few days but won’t dock with the International Space Station as planned. It will return to Earth as early as Sunday, landing in the New Mexico dessert, NASA and company officials said. They said the capsule was stable and safe.

Friday’s blastoff from Cape Canaveral, Florida, went flawlessly as the Atlas V rocket lifted off with the Starliner capsule just before sunrise. But a half-hour into the flight, Boeing reported that the capsule didn’t get into the right orbit. Officials said the spacecraft’s timer didn’t work properly and it burned up too much fuel to safely make the trip to the space station.
This was Boeing’s chance to catch up with SpaceX, NASA’s other commercial crew provider that successfully completed a similar demonstration last March. SpaceX has one last hurdle — a launch abort test — before carrying two NASA astronauts in its Dragon capsule, possibly by spring.
A successful Starliner demo could have seen Boeing launching astronauts by summer. But that might not be possible now. At a briefing, NASA Administrator Jim Bridenstine said it was too early to know if another test flight would be needed before flying astronauts.
“I’m not ruling it out,” Bridenstine said on whether the next Starliner might carry crew or go empty.Had astronauts been on board, they may have been able to take over, correct the problem, and get the capsule to the space station, he said. NASA astronaut Nicole Mann, left, Boeing astronaut Chris Ferguson, center, and NASA astronaut Mike Fincke stand in front of the countdown clock during a press conference at the Kennedy Space Center, in Cape Canaveral, Fla., Thursday, Dec. 19, 2019. They will be the first crew to fly on the Starliner spacecraft some time next year. (AP Photo/Terry Renna)

It’s been nearly nine years since NASA astronauts have launched from the U.S. The last time was July 8, 2011, when Atlantis — now on display at Kennedy Space Center — made the final space shuttle flight.
Since then, NASA astronauts have traveled to and from the space station via Kazakhstan, courtesy of the Russian Space Agency. The Soyuz rides have cost NASA up to $86 million apiece.
The space agency handed over station deliveries to private businesses, first cargo and then crews, in order to focus on getting astronauts back to the moon and on to Mars.
Commercial cargo ships took flight in 2012, starting with SpaceX. Crew capsules were more complicated to design and build, and parachute and other technical problems pushed the first launches from 2017 to now next year. Last April, a SpaceX crew capsule exploded during a ground test.
The U.S. needs companies competing like this, Bridenstine said Thursday, to drive down launch costs, boost innovation and open space up to more people. He stressed the need for more than one company in case of problems that kept one grounded.
Thousands of spectators jammed the launch area Friday, eager to witness Starliner’s premiere flight. The United Launch Alliance rocket blasted off from Cape Canaveral Air Force Station and was visible for at least five minutes, its white contrail a brilliant contrast against the dark sky. The mood quickly turned somber as news of the setback trickled out.

All three astronauts assigned to the first Starliner crew were at control centers to watch the launch: NASA’s Mike Fincke and Nicole Mann and Boeing’s Chris Ferguson. Ferguson commanded the last shuttle mission. He’s now a test pilot astronaut for Boeing and one of the Starliner’s key developers. NASA Wants to Make Sure Every Reasonable Precaution Is Taken

The flight was designed to test all systems, from the vibrations and stresses of liftoff to the touchdown at the Army’s White Sands Missile Range in New Mexico, with parachutes and air bags to soften the landing. Even the test dummy is packed with sensors.


“We’re talking about human spaceflight. It’s not for the faint of heart. It never has been, and it’s never going to be.” — NASA Administrator Jim Bridenstine

On the eve of the flight, Bridenstine said he’s “very comfortable” with Boeing, despite the prolonged grounding of the company’s 737 Max jets. The spacecraft and aircraft sides of the company are different, he noted. Boeing has long been involved in NASA’s human spacecraft program, from Project Mercury to the shuttle and station programs.
Boeing began preliminary work on the Starliner in 2010, a year before Atlantis soared for the last time.
In 2014, Boeing and SpaceX made the final cut. Boeing got more than $4 billion to develop and fly the Starliner, while SpaceX got $2.6 billion for a crew-version of its Dragon cargo ship.
NASA wants to make sure every reasonable precaution is taken with the capsules, designed to be safer than NASA’s old shuttles.
“We’re talking about human spaceflight,” Bridenstine cautioned. “It’s not for the faint of heart. It never has been, and it’s never going to be.”