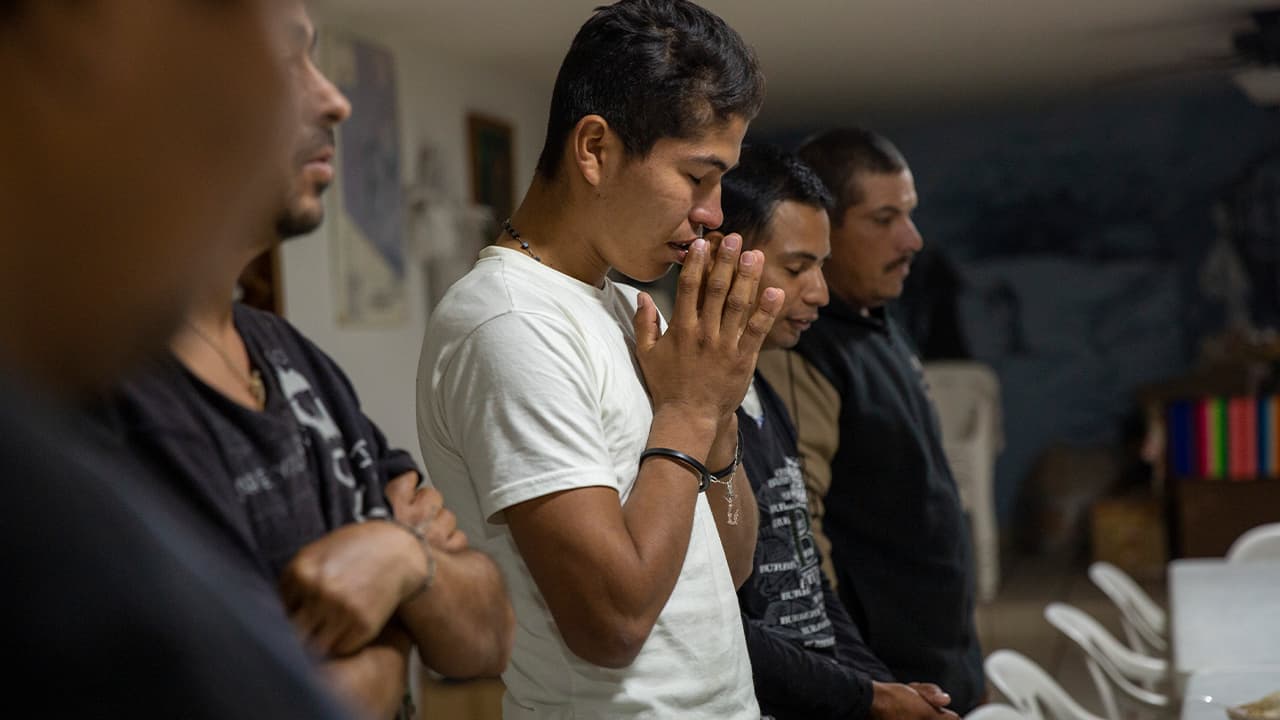 HERMOSILLO, Mexico — The heavy-set man swept through a curtain into the reserved area of a nightclub as his bodyguard stood nearby. In the darkness, he agreed to talk about his business: handling the income from smuggling migrants across a 375-mile stretch of the U.S.-Mexico border.
“We control all the territory” along the frontier with Arizona, said the cartel money man, who asked to be identified only as Manuel. He spoke in the calm tones of a businessman discussing financial strategy rather than someone operating outside the law.
His organization, though he didn’t name it explicitly: the Sinaloa cartel.
The hardening of U.S. and Mexican immigration policies has “complicated” the business because there are more security forces on both sides of the border, but Manuel isn’t worried. Yes, there are fewer risking the journey and the out-of-pocket has mounted with the need to pay ever-escalating bribes. But the cartel also charges more. Conclusion: The money keeps flowing.
In a year of dramatic policy changes on both sides of the border, smuggling networks have adjusted: higher prices, some new workarounds, attractive “package deals” for every budget, as well as tried-and-true smuggling techniques that include well-trodden routes and generous bribes.


Related Story: More People Are Moving From the US to Mexico Than the Other Way Around

During six months of interviews by The Associated Press with migrants and smugglers along principal migration routes in Mexico and Central America, a picture emerged of a smuggling business that has learned to adapt and has thrived. In most cases, the migrants and their smugglers refused to be fully identified to speak about a shadowy enterprise that governments on both sides of the border have promised to crack down on.
The territory Manuel manages nets an average of $1 million per month. But that’s just a tiny piece of a multi-billion-dollar business that the United Nations Office on Drugs and Crime estimates involves $4 billion annually. The Mexican government has calculated it could be as high as $6 billion.
The Mexican government says it is targeting migrant smuggling rings, but there has been little evidence in terms of prosecutions, much less convictions. While tighter security measures inside Mexico and new Trump administration policies aimed at curtailing the flow appear to have reduced the number of migrants attempting the journey, it has also convinced those set on going that they need to hire a professional.
“It’s a business that you’re not going to stop,” Manuel said. In this Nov. 26, 2019 photo, a federal police officer assigned to the National Guard and a migration agent help a woman off the cargo hold of a truck packed with migrants being smuggled, at an immigration checkpoint where the truck was stopped in Medellín de Bravo, Veracruz state, Mexico. The final tally of people being smuggled in the truck was 74. (AP Photo/Felix Marquez)

Trump Has Been Moving Hard to Limit Legal and Illegal Immigration

When the doors of the semi-trailer in southern Mexico swung open to the crowd of waiting migrants, the 26-year-old Honduran man wanted to turn around and leave with his wife and 4-year-old daughter.
The windowless metal box was not what a smuggler had promised some 310 miles to the south in Los Amates, Guatemala, near the border with Honduras. There, $7,000 promised a care-free journey to the U.S. border aboard luxury buses with meals included.
Now he could only think of his daughter and the $4,000 they had already paid and couldn’t afford to lose.

The key to any successful journey is corruption.
A Salvadoran smuggler with a decade of experience summarized it this way: To have a safe and efficient trip, “you have to pay.” And with Guatemalan authorities checking people crossing the country on buses and thousands of National Guard members deployed across Mexico there are more people to pay.
“The National Guard has raised the prices,” said the smuggler, a former Salvadoran soldier who declined to give his name because of his involvement in an illegal activity.
“I only pay one person, but they have a chain,” he said. “I talk to Joe Blow, and that guy already understands everything. When someone passes the immigration checkpoints the light is green,” he said with a snap of his fingers.
When Jesus got to Coatzacoalcos, Veracruz, a bottleneck in southern Mexico where authorities have focused enforcement efforts, five agents from the Attorney General’s Office stopped the truck. The migrants paid about $35 per person to be allowed to continue. In a matter of minutes, the agents made more than $5,000.
Two nights later Jesús and his family slept on the floor of a warehouse with nothing but crackers to feed their daughter. He counted some 500 migrants from around the world waiting there for the next leg of their journey to the border.
The Mexican government has denounced smuggling networks that use semi-trailers, often painted with the logos of legitimate companies to disguise their cargo, and where there’s a risk the migrants could suffocate.
They board the trucks in places known as “lanzaderos” — launching points — in southern Mexico and head north to Tamaulipas state bordering Texas, the shortest and cheapest route, where more than 50% of illegal crossings occur, according to the Mexican government.
Others travel in smaller trucks under tarps, aboard freight trains, on passenger buses or even airplanes with false documents provided by smugglers. The U.N. warned in May about growing air routes used by smugglers from many of the world’s principal airports. Sea routes also cropped up along the Pacific and Gulf coasts. In this Nov. 21, 2019 photo, Central American migrants wait to catch a ride on a passing train in Coatzacoalcos, Veracruz state, Mexico. Since entering office, U.S. President Donald Trump has been moving hard to limit legal and illegal immigration, repeatedly decrying a “crisis” at the border. (AP Photo/Felix Marquez)

The Cartel Pays Authorities to Leave Them Alone

Except for official border crossings, nearly every mile of river, desert and mountain along the U.S.-Mexican border is under the control of Mexico’s organized crime rings, which decide who can cross and how much they will pay.
The rules vary by territory depending on what cartel controls it, but there’s a common denominator: A migrant rarely crosses the U.S. border without paying someone.

Stash Houses Are Scattered on the U.S. Side of the Border

On the Texas border, Rio Grande towns like Miguel Aleman thrive on illegal cross-border traffic. Stash houses have proliferated in the town of 20,000 because “a lot of people don’t have work and so they’ve rented their houses,” said one resident, who declined to give her name for safety reasons.
“Everyone has gotten in on the business and it’s generating a lot of money,” she said.
Stash houses are scattered on the U.S. side of the border, as well, to warehouse migrants until their trips deeper into the U.S. can be organized, usually guided by U.S. citizens or Mexicans with U.S. visas. U.S. Border Patrol Chief Brian Hastings said nearly 3,000 migrants were found in stash houses on the U.S. side of the border during the last fiscal year.
When Jesús and his family arrived in Reynosa, just downriver from Miguel Aleman and across the border from Hidalgo, Texas, armed men stopped the truck. “I thought they were federal police because they had cones (set up) and were well armed,” he said.

He was wrong.
They were from the local cartel and they explained to the migrants how things worked.
Reynosa, a hub of multinational assembly plants, has been in the firm grip of organized crime for years. It costs a migrant to enter and to exit. Jesús discovered his $7,000 trip didn’t include these fees.
First the armed men asked each migrant if they had the password that would allow them to enter for free. Without it, migrants had to pay $25 to enter the city and $500 to leave. The second fee included a crossing to the U.S.
Jesús also had to pay the $3,000 balance for their trip.
“You pay off the trip or they kill you,” he said. Map shows the principal migrant routes from Central America through Mexico towards the U.S. (AP)

Jesús and his family crossed the Rio Grande in an inflatable raft with 50 other migrants the night of Aug. 27. They had to walk about five hours in the dark before Border Patrol showed up and they could turn themselves in and request asylum.
A week later, U.S. authorities returned them to the Mexican border city of Matamoros, where hundreds of migrants are camped in deplorable conditions, to await their Dec. 2 court date.
The massive return of asylum seekers to Mexico — more than 55,000 this year — has meant more business opportunities for smugglers.
Some migrants, desperate to reach the U.S., agree to pay for another crossing despite the long odds, others try another part of the border and still others give up.
Jesús’ wife decided to return to Honduras with their daughter because she thought it was too dangerous to remain in Mexico. Jesús headed for southern Mexico, where he felt safer, to await the court date.
In late November, Jesús was on his way to the border, this time with papers that allowed him to travel legally by bus. Even so, he was pulled off seven times by authorities.
He made it as far as the northern city of Monterrey where he learned that the cartel controlling Matamoros would require a payment of $500 for him to enter the city and cross to his court date in Brownsville, Texas. He didn’t have the money.
A day after he missed his Dec. 2 court date Jesús was looking for work in Monterrey — this time to raise the $9,000 a smuggler wanted to bypass U.S. border security and get him to New York where he has relatives.
Being far from his daughter and wife was difficult, he said, “But Ï have to be strong and move ahead because in Honduras I owe a lot of money.”
“Even so it’s not a sure thing,” he added. “There’s a lot of Border Patrol at the border and there’s no one here who will guarantee the trip.”

Keeping Control of the Territory

The flow of migrants has continued to fall. In November, the most recent figures available, detentions at the U.S.-Mexico border were down nearly 5% from the previous month and almost 70% below the year’s peak in May, according to U.S. Customs and Border Protection data. In this Nov. 15, 2019 photo, a migrant is escorted by a state police officer, after being rescued with dozens of other kidnapped migrants in Alvarado, Veracruz state, Mexico. U.S. President Donald Trump has been moving hard to limit legal and illegal immigration, pushing migrants “into mafia hands,” deciding that paying a smuggler was the only way to make it across the border, said Guillermo Valdes, a former Mexican intelligence director. (AP Photo/Felix Marquez)