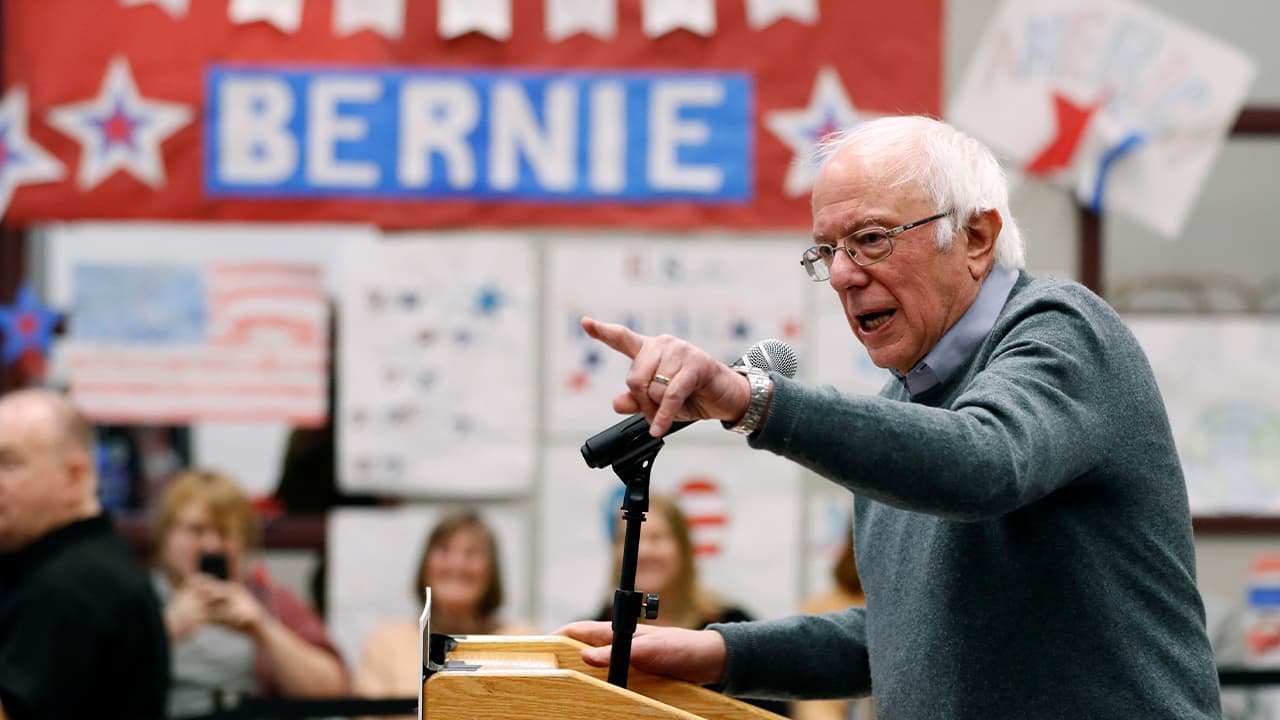 LOS ANGELES — One is spending millions of dollars flooding the airwaves from Los Angeles to Sacramento, highlighting his tenure as mayor of the nation’s largest city and commitment to key Democratic causes. The other has hired 80 staff members to knock on doors, organize volunteers and promote his message of political revolution in at least seven languages.
No two Democratic presidential candidates are putting as many resources into the fight for California as Michael Bloomberg, the billionaire businessman and former New York mayor, and Bernie Sanders, the Vermont senator. Sanders is marshaling his passionate volunteers to win the biggest prize of the presidential primary season, while Bloomberg arrives with a virtually unlimited checkbook after a late entry in the race.
For now, they’re deploying different strategies. Bloomberg is focused on television advertising, long viewed as the best way to reach voters in the state that is home to 40 million people, while Sanders is focused on door-to-door campaigning on the ground. But they each have the resources and plans to do both, and earlier than most of their rivals.
As Bloomberg spokesman Jason Schechter put it: “California is extremely important to Mike.”
Bloomberg, who entered the race last month, is bypassing the first four voting states and anchoring his strategy to California and other Super Tuesday states, hoping a strong showing will carry him to the top of the field. Sanders, meanwhile, has a grassroots infrastructure in place from four years ago and is treating California as importantly as earlier contests like Iowa and New Hampshire. He’s vowing to win the race.

Bloomberg, though, will not be one of the seven candidates who will gather Thursday in Los Angeles for the sixth and final debate of 2019. He is unable to qualify for the contests because he is not accepting campaign donations. Sanders will be onstage alongside former Vice President Joe Biden, Massachusetts Sen. Elizabeth Warren, South Bend, Indiana, Mayor Pete Buttigieg, Minnesota Sen. Amy Kloubchar, businessman Andrew Yang and billionaire philanthropist Tom Steyer. Steyer will be the only Californian on stage after Sen. Kamala Harris suspended her campaign, opening a scramble for her home-state donors and support.

Millions of Voters Will Not Cast Ballots Immediately

California moved its primary up to March in 2020, from June in 2016, in an effort to have more sway over the nominating process. However, it’s possible that no candidate emerges from California with a decisive win because of the maze of rules used to divvy up the state’s haul of 495 delegates, far more than any other state. The Only Ones Putting Significant Investments Into California

To win, Sanders, a self-described democratic socialist, and Bloomberg, a moderate, are largely appealing to different slices of the electorate. Sanders’ campaign sees its major fight not with Bloomberg but with Biden, as they both target older, white working-class voters and people of color.


“I don’t think Californians in general support someone trying to buy their way in.” — former U.S. Sen. Barbara Boxer of California
Former U.S. Sen. Barbara Boxer of California said she doesn’t think Bloomberg’s big spending will pay off. There’s a history of wealthy, big-spending candidates falling short in California, including former eBay CEO Meg Whitman, who spent a record $178 million in her failed bid to become governor in 2010, much of it from her personal fortune.
“I don’t think Californians in general support someone trying to buy their way in,” she said, though she added Bloomberg and Steyer are “fine on the issues.”
Beyond Sanders and Bloomberg, the top national candidates are the only ones putting significant investments into California. Lower polling candidates such as Klobuchar and Yang have no paid staff on the ground, though they are working to mobilize volunteers. New Jersey Sen. Cory Booker, who didn’t qualify for the debate, has fundraising staff in California and plans to hire organizers in January, a campaign spokeswoman said.
Buttigieg has traveled to California regularly to attend high-dollar fundraisers with stars of Hollywood and the tech industry, but has only more recently been coupling that with public events. His campaign sees an opportunity for him to do well in the state’s Central Valley, an agricultural region that they believe will respond to Buttigieg’s Midwestern roots.
Still, Buttigieg’s troubles with nonwhite voters could hurt him in California, a majority-minority state.
Warren’s campaign has opened several offices in California and has four dozen staff members on the ground, and Biden plans to open offices soon. But none of the other campaigns has announced plans to begin advertising on television.

Both Could Benefit From Votes Among the State’s 5.4 Million Independent Voters

Sanders, meanwhile, has been drawing on the well of support he built in 2016 to fuel his campaign the second time around. He has won the endorsement of prominent unions, including the powerful National Nurses United, and is fighting to ensure that Latino voters and young people cast ballots.

Bloomberg’s advertising blitz is intended to tell the mayor’s story to West Coast voters who might not know much about him — and before any rivals have a chance to define him. It’s an early step in a campaign that will also blend in traditional retail campaigning by the candidate and a vast effort to identify and contact voters and get them to the polls, an investment the campaign predicts will be the largest in the state’s history.
Bloomberg also intends to mine for votes in areas outside the big, heavily Democratic urban centers that are often overlooked in presidential contests, including the Central Valley and the one-time Republican stronghold of Orange County.
There will be multiple field offices and a mix of paid staff and volunteers “doing everything from phone banking to knocking on doors,” Schechter, the spokesman, said.
Last week, Bloomberg made his first candidate visit to California, where he highlighted one of his centerpiece issues at a talk on climate change in San Francisco with former Gov. Jerry Brown. He also received the endorsement of 29-year-old Stockton Mayor Michael Tubbs, who had planned to support Harris.
Both Bloomberg, a former Republican and former independent, and Sanders, an independent senator, could benefit from votes among the state’s 5.4 million independent voters, who are permitted to vote in the state’s Democratic presidential primary.