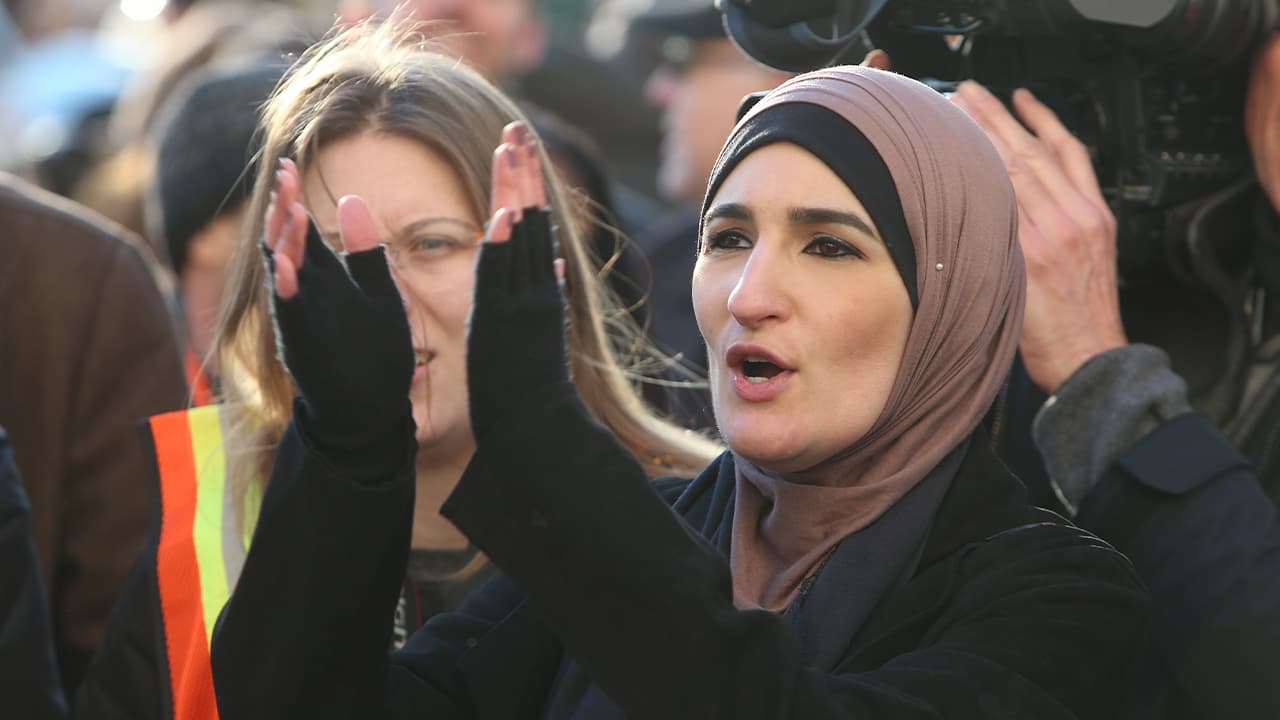 Despite claiming to be a self-described opponent of  “white supremacy” and liberal social justice champion, prominent Islamist activist Linda Sarsour’s recent comments about Jews are identical to the sentiments promoted by white supremacist David Duke in his 2001 book “Jewish Supremacism: My Awakening to the Jewish Question.”
Sarsour was accused of anti-Semitism when a controversial video surfaced in which she asserted that Israel is “built on supremacy” and “on the idea that Jews are supreme to everybody else.” Karys Rhea
Opinion
InsideSources.com
The video was met with public outrage before being quietly deleted. Sarsour elaborated on her statements in a twitter thread apologizing “for the confusion.” She then doubled down arguing again that the state of Israel “operates on a supremacist system.”
Sarsour and Duke have been in agreement before. In 2017, Duke re-tweeted a statement by Sarsour about dual loyalty — the anti-Jewish trope accusing Jews or supporters of the Jewish state of being disloyal citizens with a hidden Jewish agenda.
So similar are their perception of Jews and Israel that in 2018, writer and activist Hen Mazzig tweeted a series of statements made either by Duke or Sarsour and encouraged his followers to guess “Who Said It,” demonstrating Duke and Sarsour’s rhetoric is indistinguishable.
Islamists have a long history of collaborating with white supremacists, stretching back to Palestinian Haj Amin al-Husseini, the Grand Mufti of Jerusalem’s infamous collaboration with the Nazis. More recently, Islamists have invited white supremacists to present at conferences, and promoted their works.

Jews Are, and Have Always Been, the Arch-Victims of Supremacists

Putting the Israeli-Palestinian conflict in the context of “Jewish supremacy” is manipulative and ahistorical. The reality is Jews are, and have always been, the arch-victims of supremacists. Sarsour is part of a network of Islamists and far-left fellow travelers who flip this reality by arguing that Jews are the new supremacists, allowing the Islamist crowd to present as persecuted victims, winning over converts to delegitimatize and destroy Israel.
To support her narrative of Israel as supremacist state, Sarsour propagates inaccuracies and paints a distorted picture of events. She oversimplifies a multi-layered conflict into a Manichean struggle between good and evil. She is interested only in sensationalism and anti-Israel polemics, not nuanced analysis.
Sarsour claims that “Palestinians & other minorities” are “treated as second class citizens” and misrepresents Israel’s 2018 Nation-State bill to make her case. Yet while Palestinian Arabs are certainly treated as second-class citizens in some Arab countries, in Israel proper they serve on Israel’s supreme court and in its parliament, and enjoy the same medical and social benefits as Jews.
Later in her thread, Sarsour claims, “Zionism is the dispossession, displacement and dehumanization” of the Palestinian people.
But as former Israeli labour party member Einat Wilf noted in a response on twitter, Zionism is the civil rights movement of the Jews. Declaring Zionism is built on Jewish supremacy “makes as much sense as to argue that feminism is built on female supremacy, civil rights on black supremacy, or Slovak self-determination or Slovak supremacy.”

We Must Loudly Confront Islamist Anti-Semitism

Ninety-five percent of American Jews identify as Zionists, yet many simultaneously support Palestinian self-determination and a two-state solution. When Sarsour argues that her problem is not with “the Jewish people,” she is gaslighting. Jews may not be hated for their religion or their race in this case, but instead for their political will and self-determination.

Review: 'Rise of Skywalker' Is a Sour End to a Grand Saga