NEW YORK — A small group of President Donald Trump’s fiercest conservative critics, including the husband of the president’s own chief adviser, is launching a super PAC designed to fight Trump’s reelection and punish congressional Republicans deemed his “enablers.”

The new organization, known as the Lincoln Project, represents a formal step forward for the so-called Never Trump movement, which has been limited largely to social media commentary and cable news attacks through the first three years of Trump’s presidency. Organizers report fundraising commitments exceeding $1 million to begin, although they hope to raise and spend much more to fund a months-long advertising campaign in a handful of 2020 battleground states to persuade disaffected Republican voters to break from Trump’s GOP.

The mission, as outlined in a website that launched Tuesday coinciding with a New York Times opinion piece, is simple: “Defeat President Trump and Trumpism at the ballot box.”

The group is led by a seven-person advisory council that features some of the GOP’s most vocal Trump critics. Most, but not all, have already left the Republican Party to protest Trump’s rise.

In an interview, George Conway said he encouraged the new super PAC to involve Anonymous, an unnamed Trump administration official who authored a recent book warning the public against Trump’s reelection. The rest of the group ultimately decided not to take Conway’s suggestion.

“I think the more the merrier,” George Conway told The Associated Press. “And I hope maybe he — he or she, I don’t know who Anonymous is — will come out someday and join the effort. Because everyone who believes as we do that Donald Trump is a cancer on the presidency and on the Constitution needs to help and join this effort.”

“I think the more the merrier. And I hope maybe he — he or she, I don’t know who Anonymous is — will come out someday and join the effort. Because everyone who believes as we do that Donald Trump is a cancer on the presidency and on the Constitution needs to help and join this effort.” — George Conway

Asked about the super PAC, Kellyanne Conway acknowledged her husband’s involvement and said: “It’s kind of disappointing to see some of the people who are involved, but not surprising.”

The inception of the Lincoln Project is significant, but to say it represents a minority of Trump’s Republican Party would be an understatement. Roughly 9 in 10 Republican voters approved of the president’s job performance and have all year, according to Gallup. And with very few exceptions, Trump has the public backing of virtually every Republican member of Congress.

Yet recent elections suggest that Trump’s party is losing ground with educated voters and women, particularly in America’s suburbs, which have traditionally leaned Republican. This new group hopes to push those voters further toward the Democrats.

Kellyanne Conway dismissed the group as a collection of failed campaign managers.

“They never got a president elected into the White House. I’m sure that hurts, very much. But they never really accommodated the growing Republican Party and understood how to beat Democrats and we did,” she told reporters at the White House. 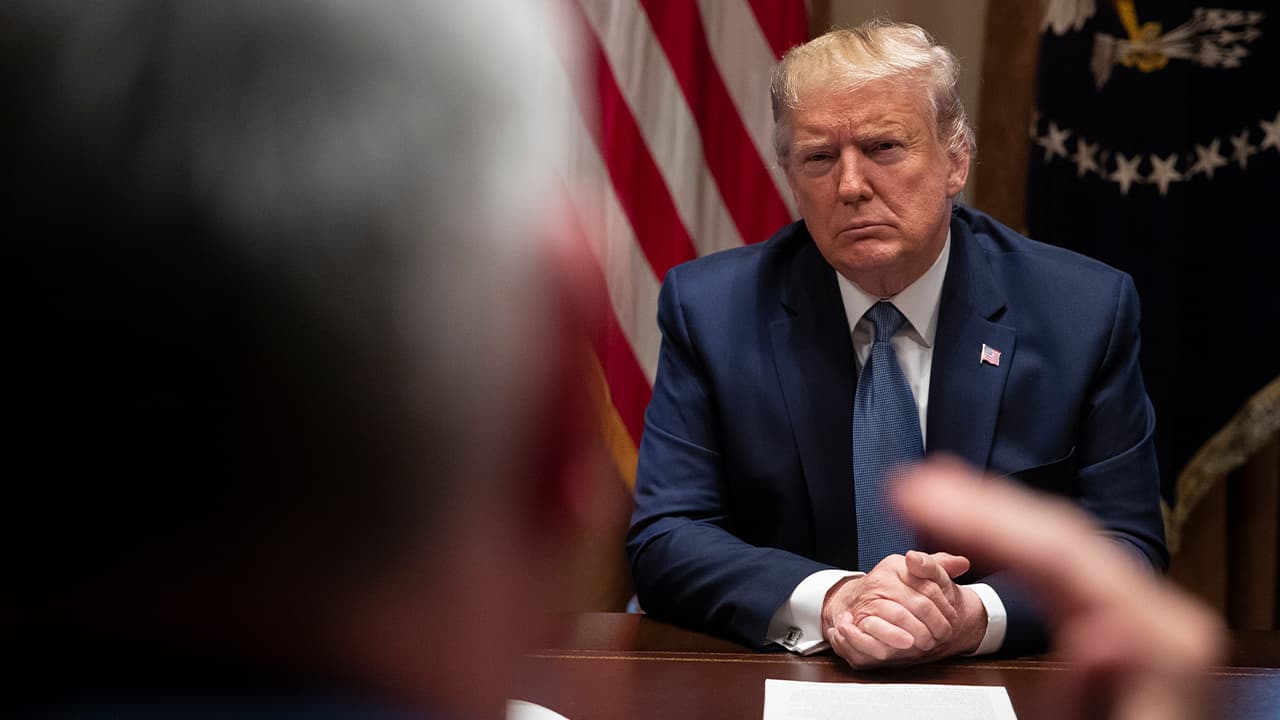 President Donald Trump listens during a roundtable with governors on government regulations in the Cabinet Room of the White House, Monday, Dec. 16, 2019, in Washington. (AP Photo/ Evan Vucci)

The Group Begins as a Super PAC

Tim Murtaugh, the communications director for Trump’s reelection campaign, called the effort a “pathetic little club of irrelevant and faux ‘Republicans’ who are upset that they’ve lost all of their power and influence inside the Republican Party.”

The Lincoln Project is very much a work in progress, despite Tuesday’s official launch. While the core players don’t yet have titles, day-to-day operations will be led by Horn and Reed Galen, a veteran Republican operative who worked for McCain but left the GOP after Trump’s nomination in 2016.

The group begins as a super PAC, which means it can raise and spend unlimited sums of money and must disclose its donors.

“You’re seeing a shift from talk into action,” said Galen, describing the launch as “a big turning point for the political season and for the president’s reelection.”

Specifically, the group plans to focus on blocking Trump’s reelection and defeating Trump-allied Senate candidates in a handful of key 2020 battlegrounds. To do so, it’s targeting a narrow but important slice of the electorate: disaffected Republicans and Republican-leaning independents.

The Group Is Already Reviewing Scripts for New Ads

While there is no concrete road map, Weaver said the organizers plan to fight the president’s reelection in Michigan, Pennsylvania and Wisconsin along with Arizona and North Carolina. Their Senate efforts likely would focus on Arizona, Colorado, North Carolina, Maine and possibly Kansas and Kentucky.

“If he’s not removed by the Senate, he needs to be removed at the ballot box. The people in Congress who are enabling him, either actively or passively, they, too, are violating their oaths of office. … And they need to be removed, too.” — George Conway

Weaver said the group is already reviewing scripts for new ads, which are expected to begin running early next year.

“This is organic, and we’re going to be flexible,” he said. “We have to go out and prove ourselves and prove that we can be efficient and effective.”

Meanwhile, George Conway, who formally left the GOP last year, said he likely would serve in a “cheerleader” capacity for the new organization because of his limited political experience.

“I’m not a fundraiser or political consultant, but if I could help in that way and learn how to do that — even to raise a nickel or two — I’ll do it because it’s important,” he said. “For this, I think I can make an exception.”

He suggested the Lincoln Project would pay particular attention to Congress’ impeachment proceedings.

“If he’s not removed by the Senate, he needs to be removed at the ballot box,” he said of Trump. “The people in Congress who are enabling him, either actively or passively, they, too, are violating their oaths of office. … And they need to be removed, too.”