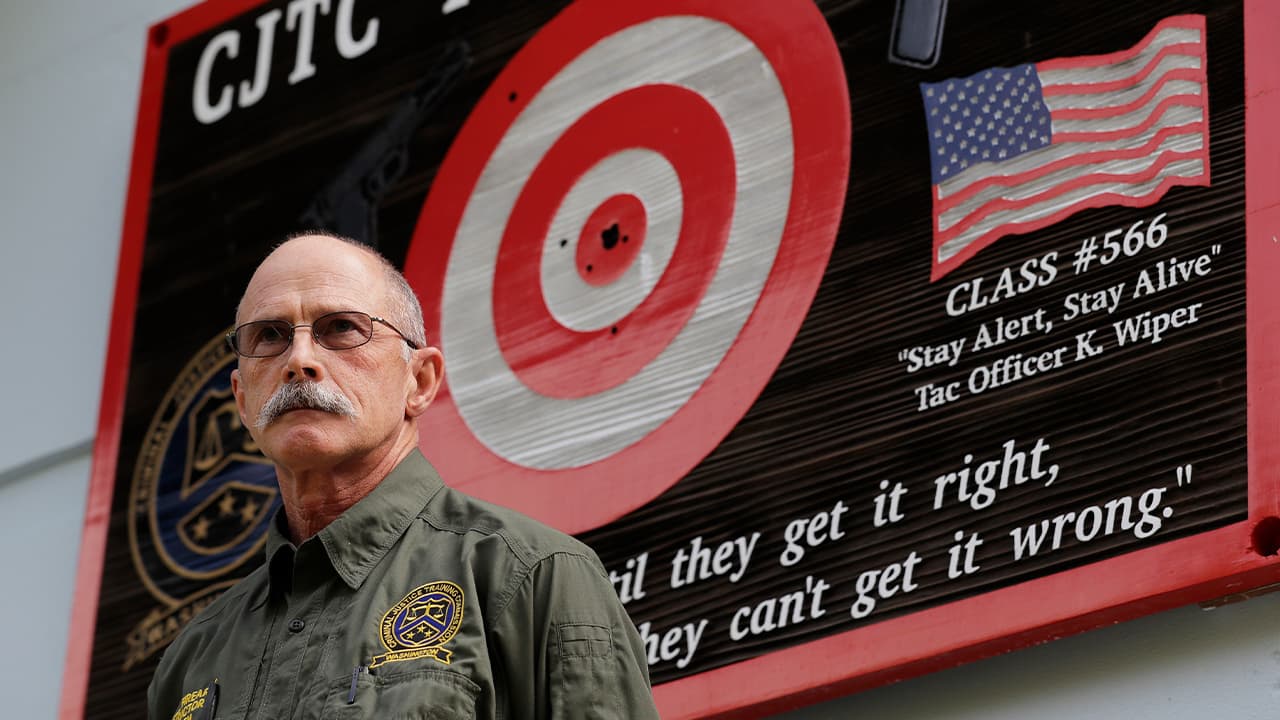 SEATTLE — As the country looks for ways to deal with mass shootings at schools, some have responded by saying more people should carry guns, including teachers.
“The only way to stop a bad guy with a gun is a good guy with a gun,” President Donald Trump told the National Rifle Association convention in April. More states are allowing teachers to carry guns, he said, and “who better to protect our children than our teachers, who love them.”
But a close look at unintentional shootings by law enforcement officers, including at schools, raises doubts about whether more guns would help keep students safe.
An Associated Press investigation has found accidental shootings occur at law enforcement agencies large and small across the United States every year. The examination of public records and media reports documented 1,422 unintentional shootings by officers at 258 agencies since 2012.
Twenty-two occurred at schools or college campuses.
At least nine states have passed laws allowing employees to carry firearms at K-12 school grounds, according to the National School Boards Association. Nineteen states allow anyone with permission from a school authority to be armed at schools, the association said.
Experts say anybody carrying guns, including teachers, needs ongoing, intensive training to be able to handle their firearms proficiently and respond appropriately in stressful settings — and many law enforcement officers don’t even get that.

“The idea that anybody can go to Joe Smith’s School of Shooting for a day or a week and become proficient at shooting a handgun in a life-and-death situation is a little bit absurd,” said Doug Tangen, firearms program manager at the Washington State Criminal Justice Training Commission, the state police academy.


“The idea that anybody can go to Joe Smith’s School of Shooting for a day or a week and become proficient at shooting a handgun in a life-and-death situation is a little bit absurd.” — Doug Tangen, firearms program manager at the Washington State Criminal Justice Training Commission
Shooting a gun requires psychomotor skills that must be practiced over and over, he said.
“Most people, cops included, don’t devote that practice time to be able to shoot it responsibly or carry it responsibly,” he said.
The AP’s investigation found six accidental shootings that involved officers responding to reports of active shooters.
In 2016, for example, local, state and federal officers rushed to Alpine High School in the small town of Alpine, Texas, when a call came in about two shooters inside.
A half-dozen heavily armed officers and agents headed toward the cafeteria and then down the hallway toward classroom No. 24, thinking the shooter might be inside.
Just as Homeland Security Investigations Special Agent Jon Dangle touched the doorknob, a shot rang out, and he fell to the floor. The other officers grabbed him by his bulletproof vest and dragged him to safety.
No one knew where the shot came from or who fired it, Dangle said. In this still frame image taken from video provided by the Texas Rangers and recorded on Sept. 8, 2016, armed law enforcement officers move through a hallway at Alpine High School in Alpine, Texas, while responding to a shooting at the school. Homeland Security Investigations Special Agent Jon Dangle, center, was wounded during the response after a gun carried by a U.S. Marshal accidentally discharged. (Texas Rangers via AP)

Accidental Shootings Can Occur When an Officer Is Flush With Adrenaline

“We thought the shooter was in that classroom,” which still contained a teacher and students, he told the AP. “If they (the other agents) had opened fire, more would be dead.”
U.S. Marshal Douglas Mullens eventually admitted he had accidentally discharged his weapon. He was carrying a ballistic shield in one hand and fumbling with a handgun in the other when it went off, according to the Texas Rangers, who investigated the shooting.
Dangle suffered a shattered tibia and torn muscles and nerves. He was out of work for 15 months and eventually moved his family to Oklahoma so he could get better care.

Dave Oney, a spokesman for the U.S. Marshals Service, said the agency “does not discuss personnel matters” when asked if Mullens faced any disciplinary action or charges.
Other accidental shootings at schools occurred while officers chased or arrested suspects, taught gun safety classes, or attended school events while off-duty, the AP found. Some injured officers, teachers or students.
One happened the day after the mass shooting at Marjory Stoneman Douglas High School in Parkland, Florida, when a sheriff’s deputy shot himself in the leg while responding to a report of a person with a gun at a school in neighboring Coconut Creek.
Accidental shootings can occur when an officer is flush with adrenaline, gets startled or simply loses his balance. Ways to avoid them include following firearms safety rules and training regularly and in settings that mirror real life, experts say.

Many Educators Have Resisted the Idea That They Should Carry Guns

Steven Karnazes, president of Ventura, California-based Advanced Tactical Training Institute, trains people in schools and churches to prepare for armed attacks. After taking clients through classroom safety sessions, Karnazes teaches firearm handling by “making things as realistic as we can.”