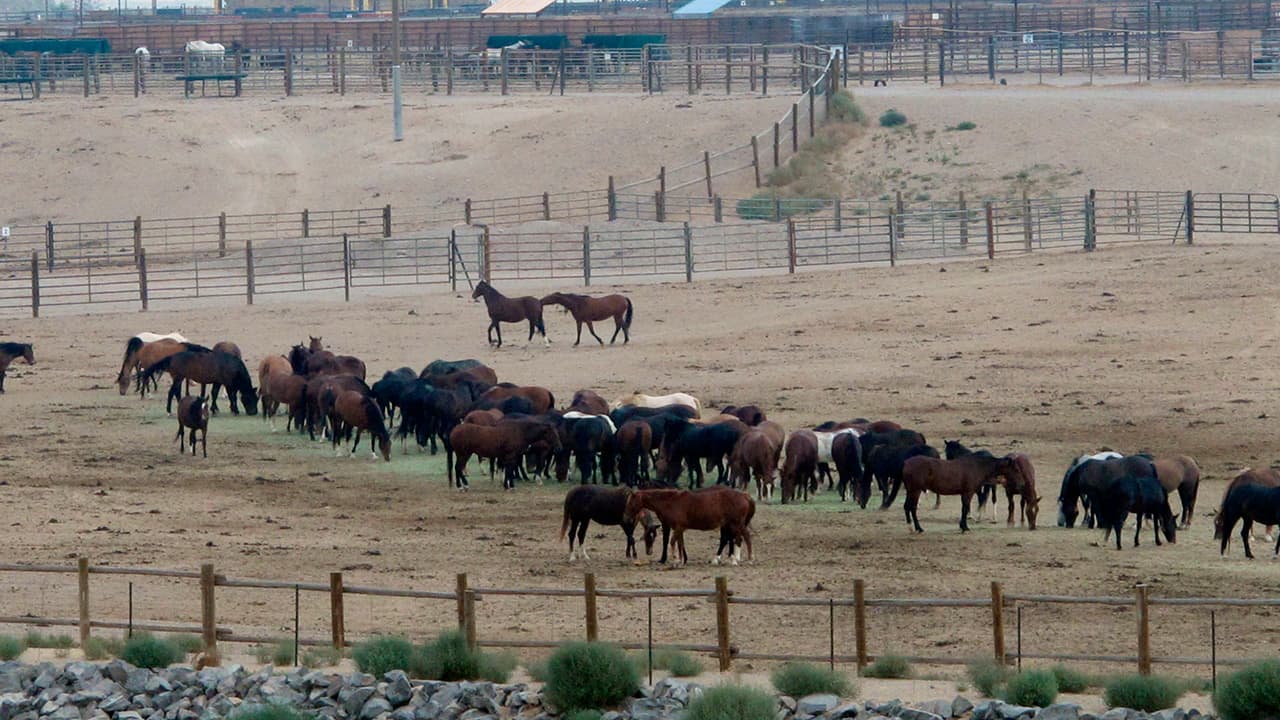 RENO, Nev. — Two House committee chairmen are trying to put the brakes on money for a new Trump administration proposal to accelerate the capture of 130,000 wild horses across the West over the next 10 years.


“It’s a sweeping betrayal of America’s wild herds by the nation’s largest animal welfare groups.” — Suzanne Roy, executive director of the American Wild Horse Campaign
Rep. Dina Titus, D-Nevada, whose high-desert state is home to about half the mustangs, also is among the bipartisan group of lawmakers sounding alarms about the provision in an Interior Department spending bill being readied for final congressional action.


Related Story: Some Horse Advocates Buck at New Plan to Save Wild Mustangs

They say it could result in the “most sweeping changes” in federal protections for mustangs and burros since President Richard Nixon signed them into law nearly a half century ago.
The proposal to speed roundups is based on a comprehensive package of proposals offered in April by an unprecedented coalition of livestock industry interests and animal welfare advocates, including the American Society For the Prevention of Cruelty to Animals and Humane Society of the United States.
It’s been condemned by the largest mustang protection groups in the West that say it could lead to the extinction of the free-roaming animals.
“It’s a sweeping betrayal of America’s wild herds by the nation’s largest animal welfare groups,” said Suzanne Roy, executive director of the American Wild Horse Campaign.

Backers include the National Cattlemen’s Beef Association and American Farm Bureau Federation, which have pushed for the slaughter of excess horses that compete for forage with livestock grazing on U.S. lands.
The animal welfare groups said they’re willing to accept the accelerated roundups in some overpopulated areas to stave off the possibility Congress might otherwise resort to dropping current prohibitions on the use of federal money for slaughter.
The Bureau of Land Management estimates there are 88,000 animals on U.S. rangeland in 10 western states and nearly 47,000 in government holding pens and pastures. They agency contends the range can sustain only 27,000 but critics say there’s no scientific basis for that conclusion.
The version of the bill approved by the Senate includes $35 million for the effort. The House approved $6 million.
House Interior Chairman Raul Grijalva, D-Arizona, and House Judiciary Chairman Jerry Nadler, D-New York, sent the letter this week to a House-Senate panel of appropriation conferees considering a compromise version.

The Appropriation Committees Are Short-Circuiting the Normal Process

The “untested pilot project … would triple the number of horse and burros in holding and could cost taxpayers billions,” they said. It also “opens the door to surgical sterilization procedures” — something the government has never attempted on free-roaming horses and is staunchly opposed by mustang protection groups.