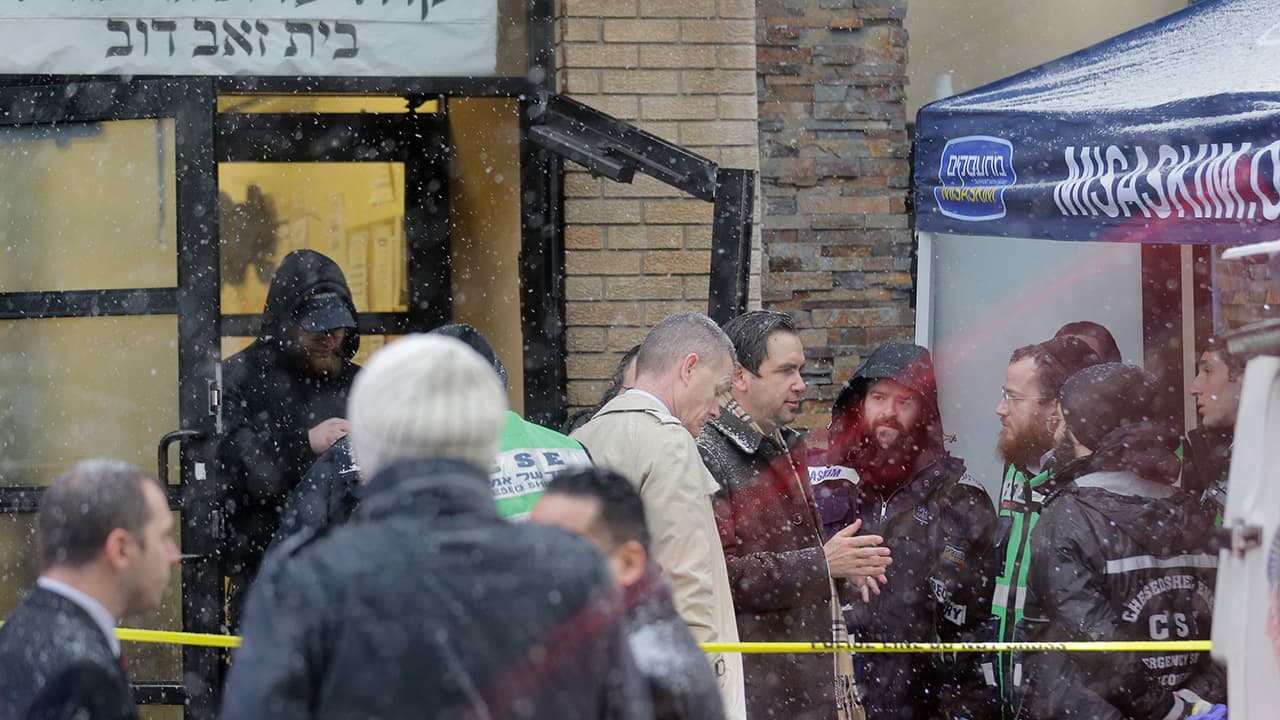 Mayor Steven Fulop refused to call it an anti-Semitic attack but said surveillance video showed the gunmen driving slowly through the city’s streets and then stopping outside a kosher grocery store, where they calmly got out of their van and immediately opened fire.
Neither the state attorney general, who is running the investigation, nor any other law enforcement authority has confirmed the shooters targeted Jews. City Public Safety Director James Shea said Tuesday there was no indication it was terrorism. And police released no immediate information on the killers.
A police officer, three bystanders and the killers all died in the violence Tuesday afternoon in the city of 270,000 people across the Hudson River from New York City.
The shooting began near a cemetery, where Detective Joseph Seals, a 40-year-old member of a unit devoted to taking illegal guns off the street, was killed while trying to stop “bad guys,” Police Chief Michael Kelly said without elaborating.
The killers then drove a stolen rental van over a mile to the kosher market, where they used high-powered rifle fire in a drawn-out battle with police that filled the streets with the sound of heavy gunfire and turned the city into what looked like a war zone, with SWAT officers in full tactical gear swarming the neighborhood. The Gunmen Targeted the Market

At the grocery store, police found five bodies — the killers and three people who apparently happened to be there at the time. Police said they were confident the bystanders were shot by the gunmen and not by police.
Fulop said a review of security camera footage has led to the conclusion that the gunmen targeted the market.

New York Mayor Bill de Blasio said on MSNBC that the attack was “clearly a hate crime,” while New York Gov. Andrew Cuomo pronounced it a “deliberate attack on the Jewish community.” They announced tighter police protection of synagogues and other Jewish establishments in New York as a precaution.