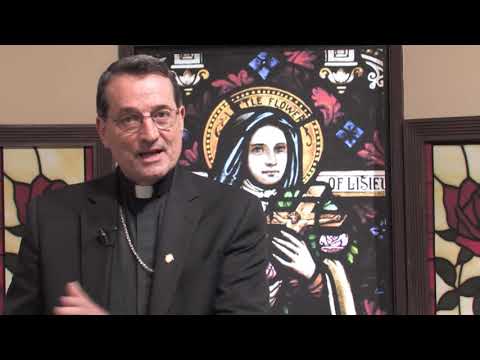 Fresno is among six Catholic dioceses expecting to be subpoenaed by the state attorney general as part of a probe into whether they’ve properly handled sexual abuse allegations against priests.
All of the dioceses have been providing documents since May, church spokesman Kevin Eckery said Tuesday.

Listen to this article:
The others are the archdioceses of Los Angeles and San Francisco, and the dioceses of Sacramento, San Jose, and Orange.

“I am committed to fully cooperating with the attorney general’s examination to the best of our ability in accordance with the law,” said Fresno Bishop Joseph V. Brennan in a statement released Tuesday.
“To now undergo a review by the Attorney General’s Office is a welcomed process that will help us to advance efforts towards greater transparency; to further learn from our past, scrutinize our current performance in implementing mandated reporting procedures; and, to continue to tirelessly pursue and develop all reasonable measures to protect the vulnerable in our midst.”
Attorney General Xavier Becerra’s office sent letters to all 12 of the state’s dioceses in May. He asked them to voluntarily retain documents related to abuse allegations. But only six dioceses were asked to produce documents, and it is those six that have been told to expect subpoenas, Eckery said.

Becerra’s office said Tuesday that it doesn’t comment on potential or ongoing investigations, to protect their integrity. Last year, Becerra asked victims of clerical sex abuse to submit complaints to his office.
Church leaders were told last week that the subpoenas would be issued, but they have not yet been received. Eckery did not know what additional material state investigators are seeking.
A new law taking effect Jan. 1 is expected to bring many more lawsuits when it temporarily lifts age limits on filing abuse claims that may be decades old. It is estimated that California dioceses have paid $1.5 billion to settle abuse claims over the past 20 years.

In June, the Fresno diocese announced that retired FBI agent and high-ranking bureau executive Kathleen McChesney would lead a team reviewing all clergy files going back nearly 100 years.
The team’s goal is to compile a list of Catholic priests who have been credibly accused of improper conduct with minors, the diocese said.
In addition, the Fresno diocese said it was setting up an independent compensation program for sexual abuse victims administered by mediators Kenneth Feinberg and Camile Biros. They run similar abuse compensation programs for Catholic dioceses in New York, Pennsylvania, New Jersey, and Colorado.
Meanwhile, the Survivors Network of those Abused by Priests, or SNAP, has urged victims to use the justice system instead of the compensation program.
“We believe that the best way to expose wrongdoing and enforce accountability is for crimes to be made public and for punishment and compensation to be meted out by courts, not the institutions that allowed the wrongdoing to happen in the first place,” the group said earlier this year.

Bloomberg at UN: US President Must End Fossil Fuel Subsidies