Their goal is to compile a list of Catholic priests who have been credibly accused of improper conduct with minors, according to the diocese.

McChesney was selected by the United States Catholic Bishops’ Conference to establish and lead their Office of Child Protection where she developed and administered a national compliance mechanism to ensure that all Catholic dioceses complied with civil laws and internal policies relative to the prevention, reporting, and response to the sexual abuse of minors. 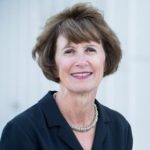 Feinberg, perhaps, is best known as the Special Master of the U.S. government’s September 11th Victim Compensation Fund for the victims of the 9-11 terror attacks.

If they haven’t already done so, past victims of sexual abuse by Catholic clergy should report what happened to law enforcement officials in the city or county where the abuse occurred before applying to the compensation program, the diocese said.

Under the program, victims, including undocumented immigrants, will be able to apply for compensation for past abuse, regardless of when the abuse occurred. The program is operated independently of church control.

Bishop Brennan: ‘Nothing Will Every Truly Compensate for the Harm’

“I have confidence in the steps in place, including the Independent Compensation Program,” said the Rev. Joseph V. Brennan, who is bishop of the Fresno Diocese. “It is understood that nothing will ever truly compensate for the harm that has been done. Only God has the power to heal the wounds of abuse. However, the Church is working to accompany those and support those who are on the path to healing.”

Joining Fresno in the compensation program are five other California dioceses: Los Angeles, Sacramento, San Diego, San Bernardino, and Orange. These dioceses comprise more than 10 million Catholics, or about 80% of the state’s Catholic population.

Last month, the California attorney general’s office said it is reviewing how all 12 Catholic dioceses in the state handled allegations of child sexual abuse.

Catholic dioceses in California have paid an estimated $1.5 billion to thousands of sexual abuse victims over the past 20 years.

SNAP Urges Victims to Use the Courts

The group Survivors Network of those Abused by Priests, or SNAP, is urging victims to use the justice system instead of the compensation program.

“We believe that the best way to expose wrongdoing and enforce accountability is for crimes to be made public and for punishment and compensation to be meted out by courts, not the institutions that allowed the wrongdoing to happen in the first place,” the group said last month.