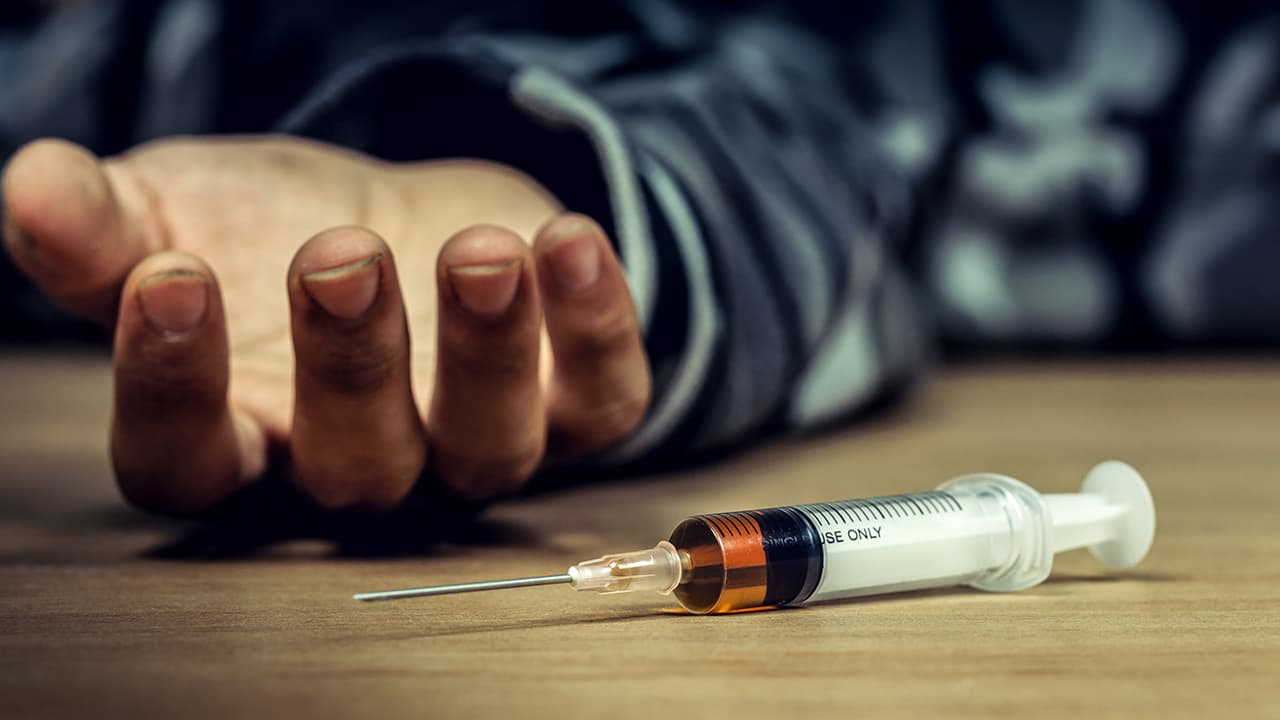 SAN DIEGO — A flesh-eating bacteria linked to the use of black tar heroin has killed at least seven people over the past two months in the San Diego area, prompting health authorities to alert law enforcement and other officials in California.

Symptoms of Wound Botulism Sometimes Mistaken for a Drug Overdose

It is unknown if anyone died from botulism but McDonald said it can be treated with antitoxins, unlike myonecrosis.
McDonald said San Diego County has a case of heroin-linked myonecrosis once every year or two and that an outbreak like this year’s is rare. There was an outbreak in Ventura County, California, in 1999 and 2000 that killed four people.
Symptoms of myonecrosis include pain, swelling, pale skin, blisters with foul-smelling discharge, fever, excessive sweating and increased heart rate.
If left untreated, myonecrosis can spread through the body and cause people to go into shock. It can lead to amputations or death.
Symptoms of wound botulism can sometimes be mistaken for a drug overdose and occur within days or weeks of injecting contaminated drugs. Symptoms can include drooping eyelids, blurred vision, dry mouth, sore throat, slurred speech and paralysis.
Left untreated, symptoms may lead to paralysis of the respiratory muscles, arms, legs and torso and can cause death.
Black tar heroin is sticky like roofing tar or hard like coal and is predominantly produced in Mexico and sold in U.S. areas west of the Mississippi River, according to the National Institute on Drug Abuse. The dark color results from crude processing methods that leave behind impurities. Impure heroin is usually dissolved, diluted, and injected into veins, muscles or under the skin.
A 2016 survey by the Drug Enforcement Administration found black tar heroin sold in 12 Western cities, including San Diego, Los Angeles, Phoenix and Denver, nearly all of it from Mexico. Purity ranged from 34% to 43%.