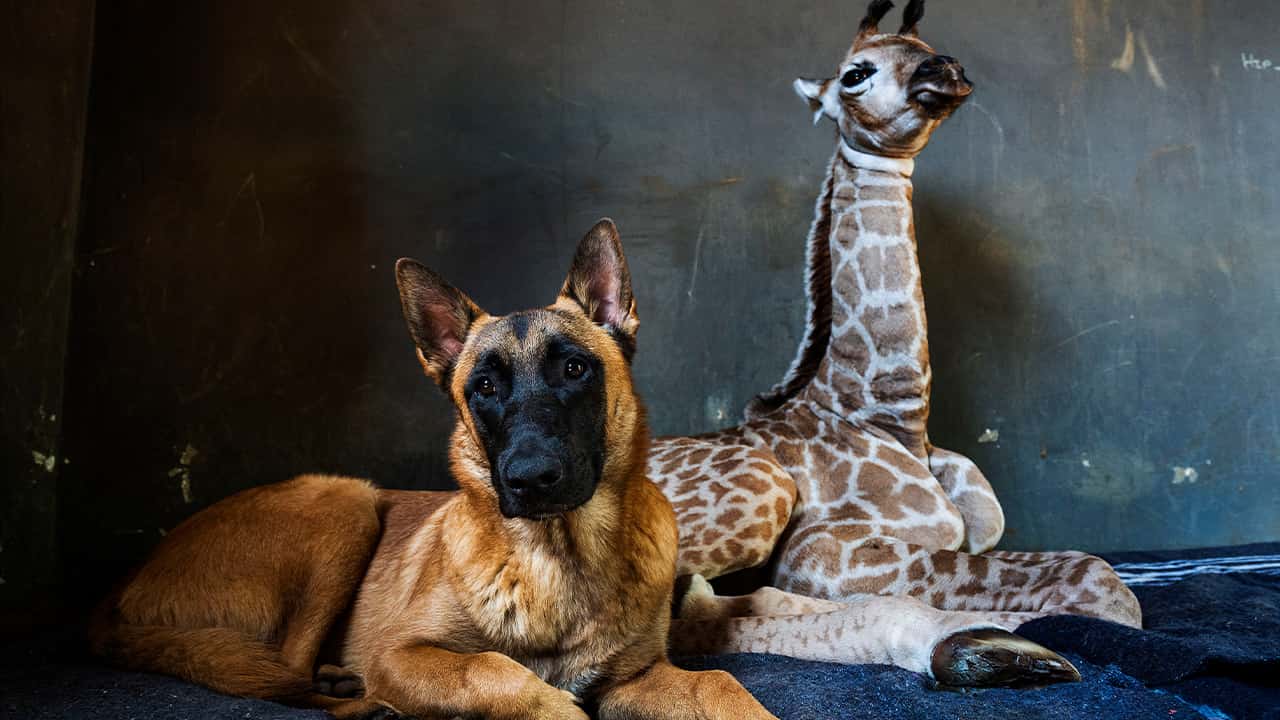 JOHANNESBURG — A baby giraffe that was befriended by a dog after it was abandoned in the wild has died, a South African animal orphanage said Friday. “Our team is heartbroken,” the orphanage said. Hunter, a young Belgian Malinois, keeps an eye on Jazz, a nine-day-old giraffe, as orphanage worker Janie Van Heerden looks on at the Rhino orphanage in the Limpopo province of South Africa Friday Nov. 22 2019. Jazz who was brought in after being abandoned by her mother at birth, is being taken care of and fed at the orphanage some three hours North of Johannesburg by Janie Van Heerden, seen right, and has been befriended by Hunter and its sibling Duke. (AP Photo/Jerome Delay)

“So we finally know that Jazz didn’t have a bad giraffe mother that left him,” the orphanage’s statement said. “She just knew. … But we still have to try every single time (to help) no matter how hard it is.”
The baby giraffe had arrived a few weeks ago, just days after birth. A farmer found him in the wild, weak and dehydrated, and called the center for help.
The two animals bonded immediately, caretaker Janie Van Heerden said.

In its farewell to the giraffe, the orphanage said that “You have taught us so much in the last three weeks and we will remember you fondly.””
The giraffe was buried close to the orphanage, van Deventer said.
Related Topics:baby giraffedoghemorrhagingHunterjazzorphanageThe Rhino Orphanage
Up Next