The Who Plans 1st Cincinnati Area Concert Since ’79 Tragedy 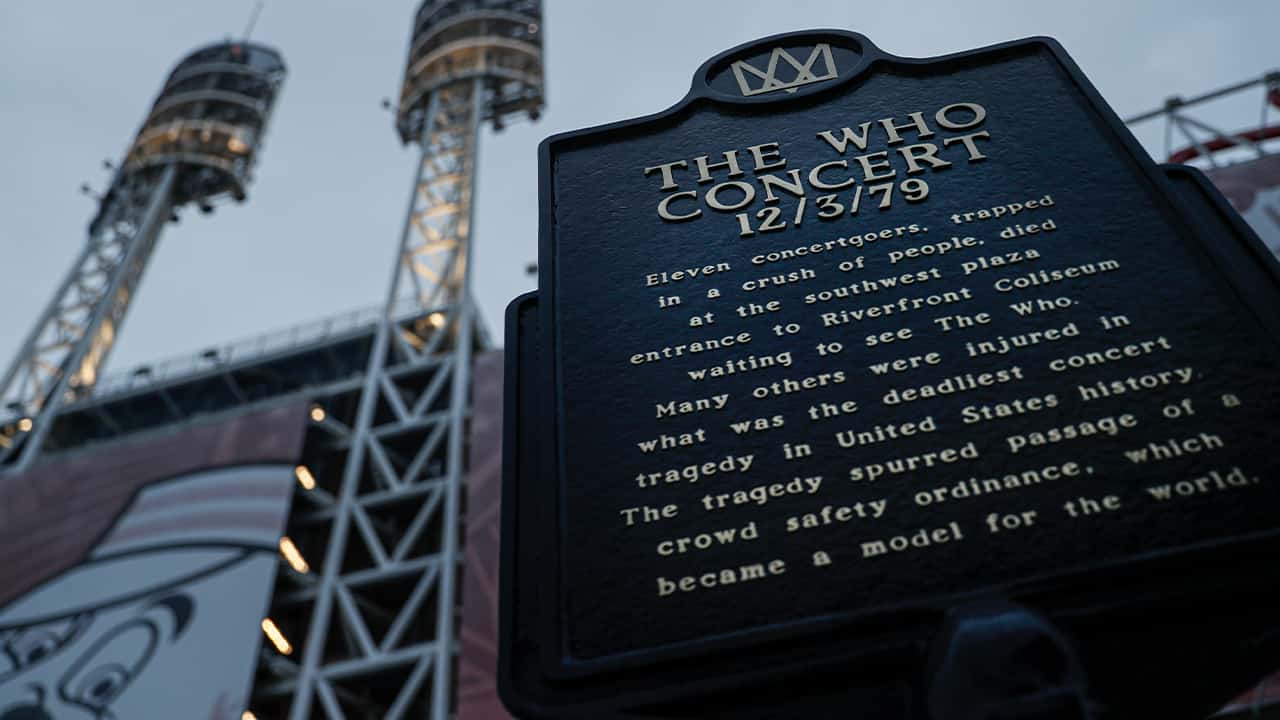 CINCINNATI — The rock band The Who announced Tuesday night it will play its first Cincinnati area concert since 11 fans died 40 years ago in a pre-show stampede.

The Rock & Roll Hall of Fame band will play April 23 at Northern Kentucky University’s BB&T Arena, across the Ohio River 7 miles south of the Dec. 3, 1979, concert site, where another two dozen people were injured Dec. 3, 1979, amid confusion and lack of preparation for thousands of fans lined up for hours for first-come seats. FILE – In this Dec. 3, 1979 file photo, a security guard and an unidentified man look at an area where several people were killed as they were caught in a surging crowd entering Cincinnati’s riverfront coliseum for a concert by the British rock band The Who. (AP Photo/Brian Horton, File)

The Band Is Adding the Concert to Its ‘Moving On!’ Tour 2020 Dates

“We will meet people and we’ll be there. We’ll be there. That’s what’s important,” he said. “I’m so glad that we’ve got this opportunity to go back.”