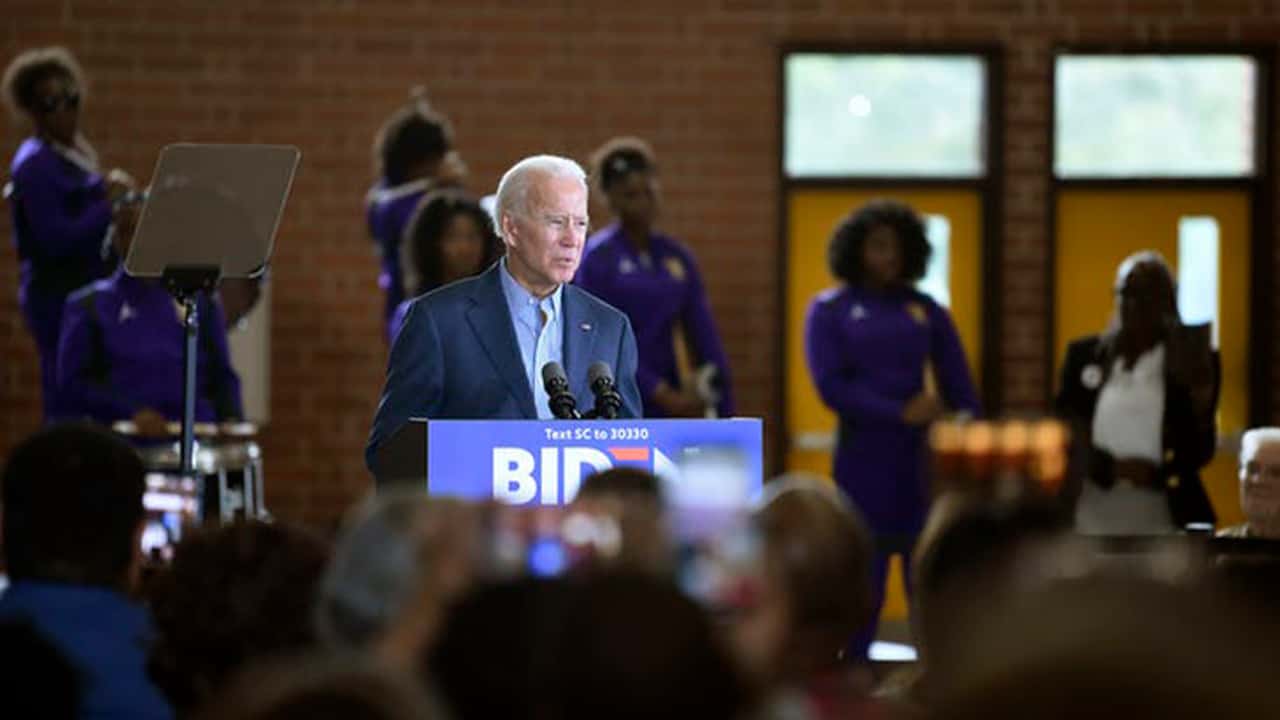 Former Vice President Joseph Biden, who is a Roman Catholic, recently stopped on the campaign trail to attend Sunday Mass at a church in Florence, South Carolina. But the pastor, Robert Morey, refused to give him communion.
Morey said Biden’s support for legalized abortion contradicts the unity between “God, each other and the church.”

Bruce T. Morrill
The Conversation
As a Catholic theologian, I focus much of my research on the history and current relationship between worship and ethics.
From its very origins, Christianity has closely associated the administering of communion with ethical behavior. In Roman Catholicism, a congregant must be in a “state of grace” – that is, not aware of any unrepented, unforgiven sins – to share in the sacraments. Confession is necessary before returning to communion.
Many clergy and lay Catholics, however, may question whether Biden exists in such a sinful state.

Especially when celebrated on Sunday, the sacrament shows that the church, in its many members, is joined together as one body in union with Christ. Participation in the sacrament of communion is believed to strengthen the members’ faith and commitment to God, one another and the church’s mission in the world.
Morey’s refusal of communion to Joe Biden rests on a specific article in the Catholic Church’s Code of Canon Law, which dates from 1983. It stipulates that Holy Communion should not be given to those “who obstinately persist in manifest grave sin.”
This extensive code defines the degrees and types of sins, as well as their penalties. Grave sins include murder, adultery and public renouncement of one’s faith. The seriousness of these misdeeds increases if they’re publicly known, making them “manifest grave sins.”
In 2004 the office of the Vatican that regulates teaching on faith and morals specified that a politician’s “consistently campaigning and voting for permissive abortion and euthanasia laws” constitutes “personal formal cooperation” in grave sin.

The church allows only those who have not committed a ‘grave sin’ or have been forgiven to receive communion. (AP Photo/Amr Nabil)

The directive further notes, however, that this disciplinary practice is not “a judgment on the person’s subjective guilt.” The issue, rather, is the “public unworthiness” of receiving Holy Communion in the midst of the assembled community.
To allow the person to receive communion would be a contradiction of the meaning and purpose of a sacrament meant to unify believers in their common faith, according to Catholic law.

In the early Christian era, it was common for the bishop of a local church to prohibit from communion any member publicly known to have committed a “grave” sin.
The pastor or bishop would lead the person who had committed a “manifest serious sin” through a lengthy process of penance, which could last years. Entry into this “Order of Penitents” would be marked by a religious ceremony for all to see, as would its conclusion.
By the Middle Ages, however, the practice shifted largely to individual, private confession of sins to the parish priest – the sacrament of penance. During confession, priests would help penitents determine the severity of their sins, assign an appropriate act of penance and declare the sins forgiven.

Other Christian churches vary in assigning gravity to sins, as well as how these are to be handled ritually.
In 2005 the Russian Orthodox Church issued a document encouraging the “faithful” to regularly receive the Holy Communion but stipulating that it might be unacceptable for people in a “state of resentment or anger, or with grave, unconfessed sins or unforgiven offenses.”
But the practice of refusing communion can vary even in Orthodox churches, as the Orthodox theologian Nicholas Denysenko has noted.
In Protestant churches today, confession of sin generally is part of the opening rites of the Sunday service. Each member reflects silently on their lives and then all recite a prayer of contrition together and receive a prayer of absolution from the minister. Choosing to receive communion later in the service is then up to the individual.
That was not always the case for churches of the Protestant Reformation. As liturgical scholar Annemarie Kidder recounts in her recent journal article, from the 16th century onward, ministers in some of the Protestant traditions would sternly warn unrepentant sinners from partaking of communion. Well into the 19th century, pastors or elders would even visit homes annually to confront or exhort members about their moral conduct.

Changes in the Catholic Church

Attitudes about the sin and practices of penance have also changed significantly among American Roman Catholics over recent decades.
In the past, people expected the clergy to instruct them on what to believe and do, even if at times individuals practiced otherwise. Many Catholics, aware of their moral shortcomings but not getting to “regular confession,” rarely received Holy Communion. A good or practicing Catholic was one who regularly confessed one’s sins to a priest to attain forgiveness.
But the number of American Catholics who go to confession has declined steeply since the 1960s. Current survey data shows nearly three-quarters never go to confession or do so less than once per year. Just 3% say they go to confession monthly, while 12% say they confess several times per year.
American Catholics, across class and ethnic lines, practice what sociologist Jerome Baggett describes as a personal, individualist negotiation of tradition.
As I have found in my work, the vast majority of today’s Catholics choose to reflect on and feel forgiven of sin in the context of the Sunday Mass. Virtually all Catholics present at Mass join in the communion procession – something unimaginable a century ago.
It is not surprising, therefore, to find that a local pastor’s denying a public Catholic figure like Joe Biden Holy Communion proves newsworthy. Parishioners would largely consider Biden’s decision to participate in the sacrament a personal matter.
About the Author
Bruce T. Morrill, Edward A. Malloy Chair of Catholic Studies, Professor of Theological Studies, Vanderbilt University
This article is republished from The Conversation under a Creative Commons license. Read the original article.