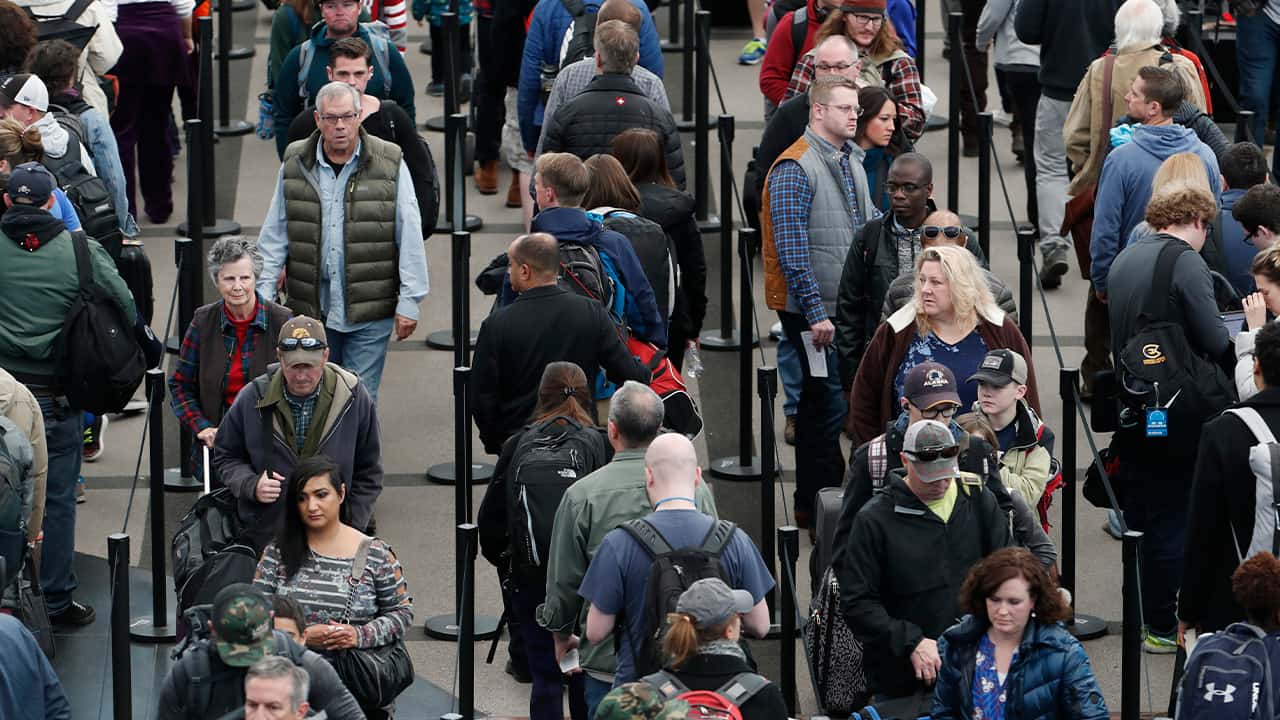 DENVER — A storm that dumped heavy snow in Colorado and Wyoming forced airlines to cancel hundreds of flights in Denver on Tuesday and has made driving impossible in some parts of the two states just as the busy Thanksgiving week travel period went into high gear.

Storm Expected to Move Into the Plains Later Tuesday

Many government offices in the Denver area and in Cheyenne, Wyoming were closed along with colleges and schools not already on holiday break.
The storm system led the National Weather Service to issue blizzard and wintry weather warnings extending into the Great Lakes.
The storm was expected to move into the Plains later Tuesday, bringing high wind and more snow to Minnesota, Wisconsin and upper Michigan.

It could bring another round of snow to the Upper Midwest from Thursday through Saturday, and a chance of snow this weekend in interior New England, said Alex Lamers, a National Weather Service meteorologist.
“That could be a coast-to-coast storm,” he said.
It also could mean disappointment for fans of the larger-than-life balloons flown at Macy’s Thanksgiving Day Parade in New York.
Organizers were preparing for the possibility that they’ll have to ground the iconic balloon characters, given 40-50 mph gusts in the forecast. Rules put in place after several people were injured by a balloon years ago require lower altitudes or full removal if sustained winds exceed 23 mph and gusts exceed 34 mph. The decision will be made on parade day. FILE – In this Nov. 21, 2018, file photo, travelers pass by a map of the United States on the way to a security checkpoint at Denver International Airport in Denver. Thanksgiving travel is an ordeal under the best of circumstances, and a one-two punch of bad weather threatens to make it even more exhausting. There’s a forecast for heavy snow in Denver, and another storm will crash into the West Coast, possibly fouling flights and making driving treacherous. (AP Photo/David Zalubowski, File)

The Minneapolis Airport Could Be Hit

The Minneapolis-St. Paul metropolitan area could see its biggest November snowfall in nearly a decade, and travel is northwestern Wisconsin “is going to be chaotic,” said National Weather Service meteorologist Brent Hewett.
The Minneapolis airport could be hit, but Chicago, with its two big airports, should only see rain from the storm, weather service officials said.
A second storm developing in the Pacific Ocean was expected to hit the West Coast of the U.S. on Tuesday afternoon or evening, bringing snow to the mountains and wind and rain along the coasts of California and Oregon.
Forecasters warned of “difficult to impossible travel conditions” across much of northern Arizona later this week as that storm dumps about 2 feet on areas that include Interstate 40.
The National Weather Service’ office in Flagstaff said travel conditions will start to deteriorate Wednesday night, followed by the heaviest snowfall Thursday through Friday morning.
This month, AAA predicted that the number of travelers over a five-day stretch starting Wednesday will be the second-highest, behind only 2005, despite rising costs for a road trip.

At the start of the week, a gallon of regular gas cost $2.59 on average, up 3 cents from a year ago, and rental cars averaged around $75 a day — their highest Thanksgiving price since AAA started keeping track in 1999. Hotel rooms are a mixed bag, with prices falling from last year at highly rated hotels but rising slightly at midrange ones.