What Went Wrong for Fresno State Football This Season? 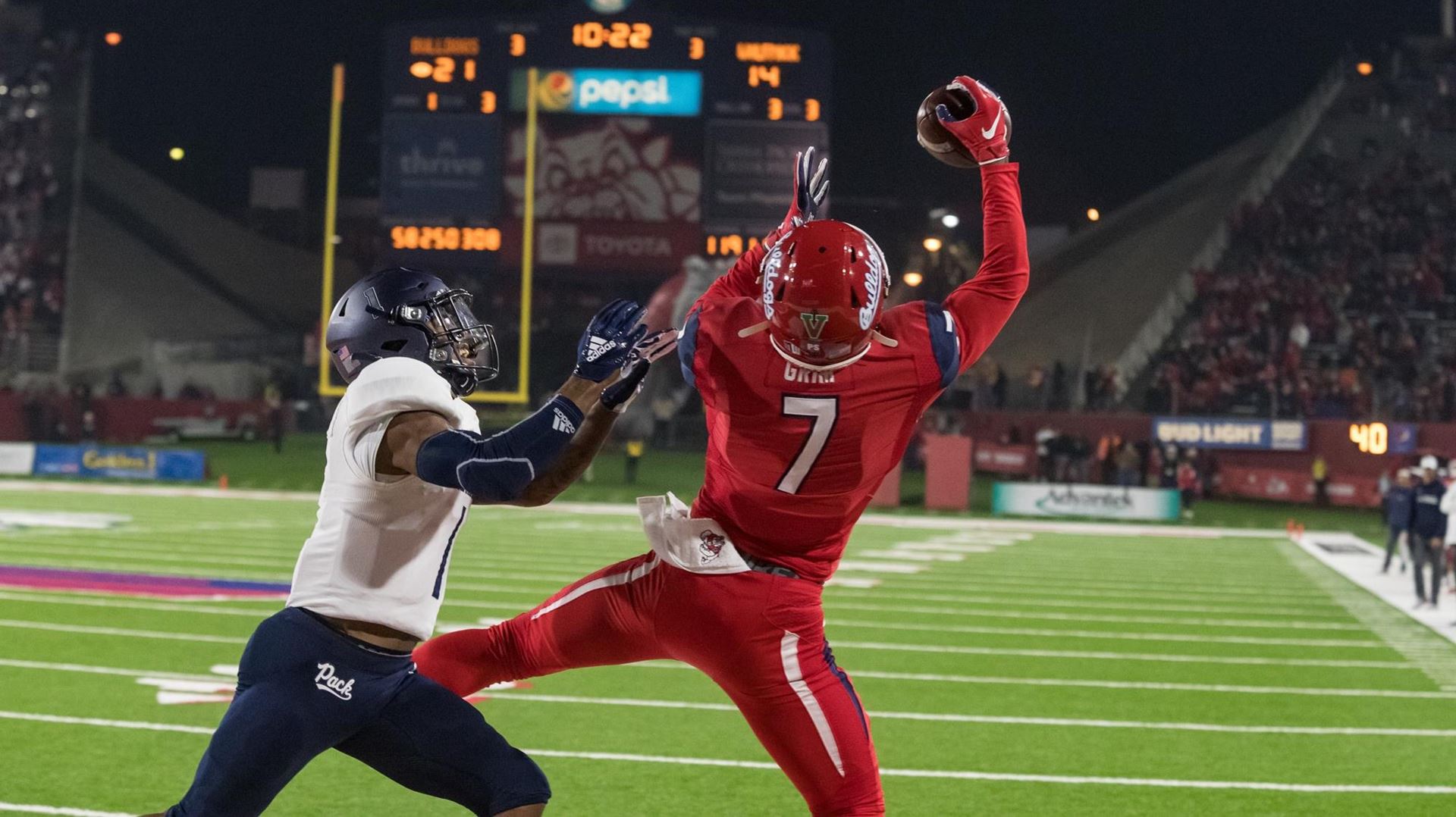 At 4-7, with a week to go, the Fresno State football team hasn’t enjoyed the success its fans and the experts expected.
It’s hard to believe now, but back in July the Mountain West media overwhelmingly predicted the defending conference champs would again win the West Division and meet Boise State for the title.

Well, the 10-1 and 20th-ranked Broncos did their part by clinching the Mountain Division for the third straight year with a 56-21 victory Saturday over Utah State. Now they’ll meet 8-4 Hawaii for the championship.
That would be the same Hawaii team that lost at home 41-38 to Fresno State.

Can Play With Anybody. Can Lose to Anybody

It has been that kind of year for the Bulldogs.
They gave USC, which is now ranked No. 25 in the nation, all the Trojans could handle on their home turf.
They twice had Minnesota, now ranked ninth nationally, beat in the latter stages of their game at Bulldog Stadium.
The Bulldogs proved they could compete with anybody. Unfortunately, they could also lose to anybody as evidenced again by Saturday’s 35-28 loss to Nevada.
Most frustrating: Fresno State lost on its home field on Senior Night in a game it needed to win to keep hopes of a bowl game alive. And it lost after scoring 28 straight points to take a touchdown lead midway through the third quarter.

The Only Thing Left to Play for Is Pride

All that’s left is playing for pride, going to San Jose State on Saturday and possibly bloodying the nose of a longtime rival.

With a few breaks here and there, this could have been a winning season. But the Bulldogs failed to defend their turf and finished 2-4 at home. Three of those losses came against Mountain West opponents — Colorado State, Utah State, Nevada.
So, what went wrong?
For starters, the Mountain West media overrated the Bulldogs.
Perhaps they didn’t anticipate how much Fresno State would miss two stout defenders from the 2018 team — linebacker Jeff Allison and safety Mike Bell — who declared for the NFL draft as juniors. Perhaps they just expected Tedford to keep working miracles the way he did in resuscitating a program that had hit rock bottom.
Certainly, the experts overlooked how young the Bulldogs are. With one game left, Fresno State has started eight true freshmen this season. That speaks to their young talent and to a season filled with injuries.

Bulldogs Are Danger to Themselves and Others

Amazingly, for a team that is three games under .500 overall and in conference play, the Bulldogs have scored the exact number of points as they’re surrendered (344). And they’re winning the turnover battle, picking off 11 passes and recovering 11 fumbles compared to 10 and 7 for opponents.