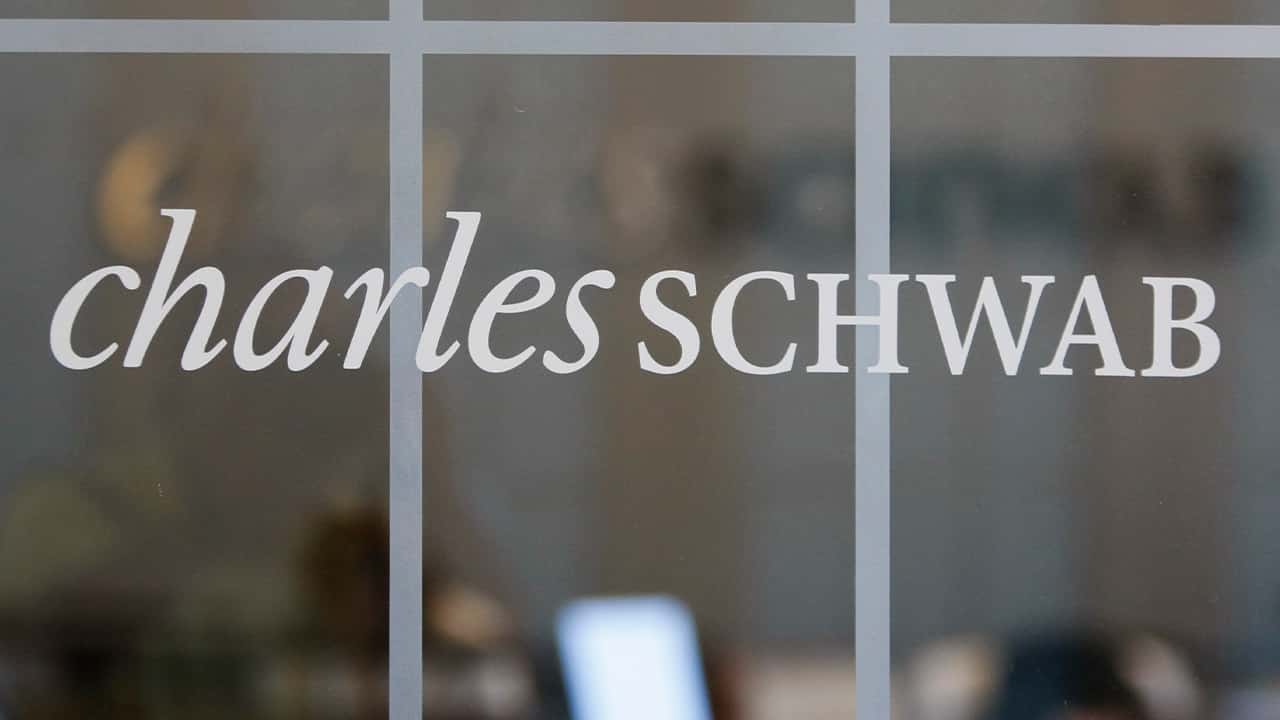 NEW YORK — Charles Schwab is buying rival TD Ameritrade in a $26 billion stock swap, a blockbuster agreement accelerated by massive disruption in the online brokerage industry.
Competitive pressure has already forced brokerages to make it free for customers to trade U.S. stocks online, and Schwab’s buyout combines two of the biggest players in the industry. FILE – In this Nov. 20, 2018 file photo, a U.S. flag flies outside New York Stock Exchange. Stocks fell in early trading on Wall Street Thursday, Nov. 21, 2019, as investors worry that the U.S. and China will fail to make a trade deal before the year is over. (AP Photo/Mary Altaffer, File )

All Major Brokerages Have Followed Suit, but Fees Had Been Falling for Years

Schwab sent shockwaves through the industry less than two months ago when it said it would do away with commissions for online trading of U.S. stocks and exchange-traded funds, fees that have long fueled the industry.
All major brokerages have followed suit, but fees had been falling for years.
Beyond players like Schwab, TD Ameritrade, Fidelity and E-Trade Financial, apps like robinhood.com out of Palo Alto, California, have also entered the fray to help customers get invested in the market.
That has increased the pressure on San Francisco’s Schwab Corp. and TD Ameritrade Holding Corp., of Omaha, Nebraska, the biggest publicly traded brokerages. Schwab had $3.85 trillion in total client assets at the start of the month, while TD Ameritrade had $1.3 trillion at the end of September.
The deal is expected to close in the second half of next year. It’s anticipated to take 18 to 36 months to integrate the two businesses once the transaction is complete. The corporate headquarters of the combined company will eventually relocate to Schwab’s new campus in Westlake, Texas.
The Toronto-Dominion Bank, which currently holds approximately 43% of TD Ameritrade’s stock, will have an ownership position of approximately 13% in the combined company, with other TD Ameritrade stockholders and existing Schwab stockholders holding approximately 18% and 69%, respectively.
TD Ameritrade suspended its search for a CEO, naming Chief Financial Officer Stephen Boyle as interim CEO. The current CEO, Tim Hockey, announced in July that he would be stepping down early next year.
Trading in shares of both companies was muted before the opening bell after wild swings last week when CNBC first reported that the companies were pursuing a deal.